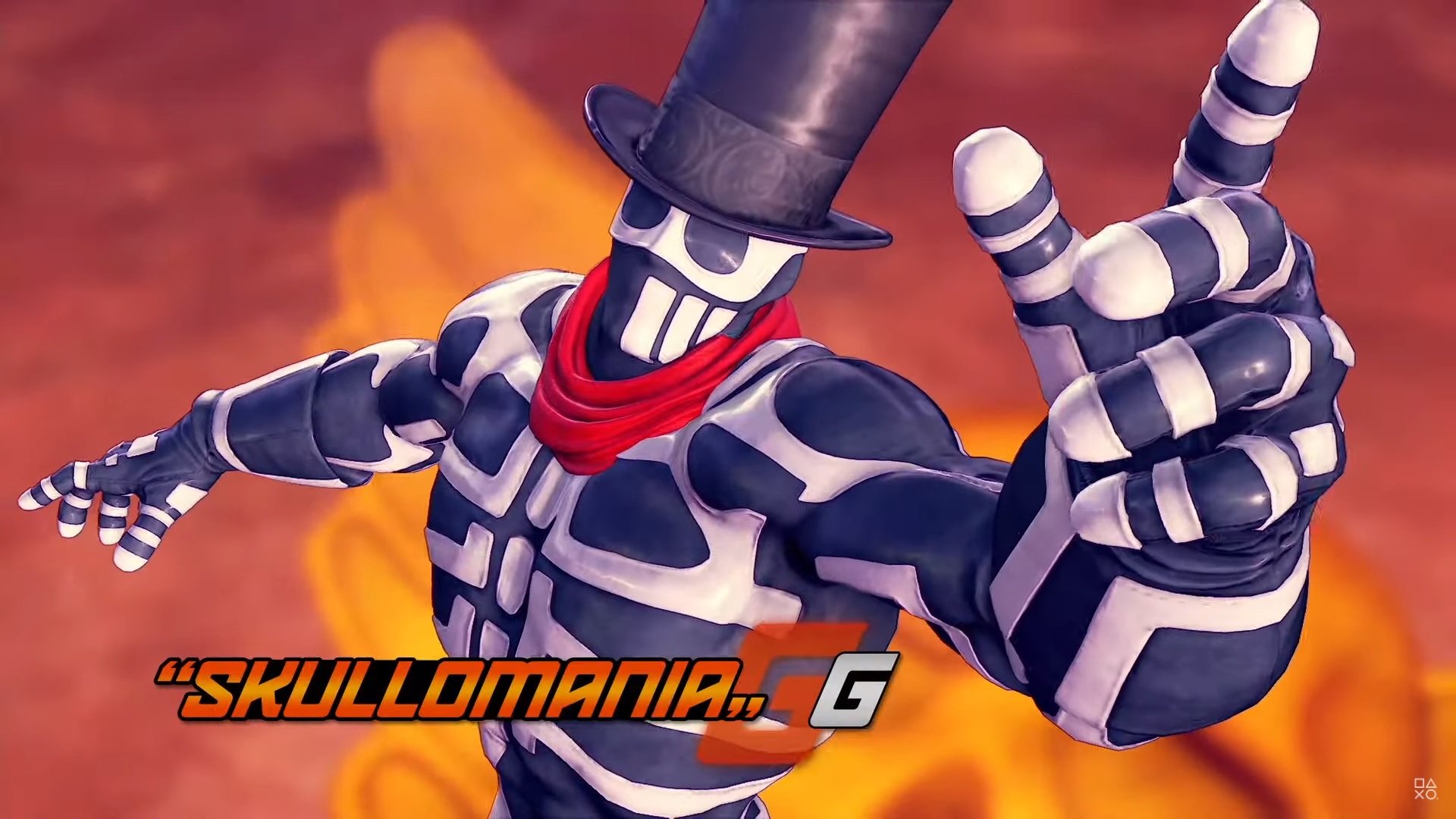 The FIGHTING EX Layer crossover is continuing in Capcom’s Street Fighter V. G will don the skeletal superhero identity of Skullomania and players will get the chance to deck their own character out.

You’ll be able to obtain the costume by spending Fight Money and beating Skullomania in the Extra Battle Mode, available from Dec. 8 to 23. The character last made a playable appearance in FIGHTING EX Layer and his popularity persisted through a gender swap for SNK Heroines: Tag Team Frenzy

The Skullomania costume retains G’s distinctive top hat, which makes for an interesting visual. It also covers up his usual forehead S, which could be confusing for a character who has a single letter to his name.

Skullomania is just the latest costume from FIGHTING EX Layer to make it into SFV. The crossover first kicked off with Ryu dressing up as the demonically-fueled Kairi, Karin as Hokuto, and Cammy as Blair Dame.

Cosmetics are nice, but that isn’t all SFV has to offer for its fifth season. Capcom confirmed in August that at least five new characters will be steadily rolled out over the coming months, including returning fighters and a crossover guest from Rival Schools, Akira Kazama.