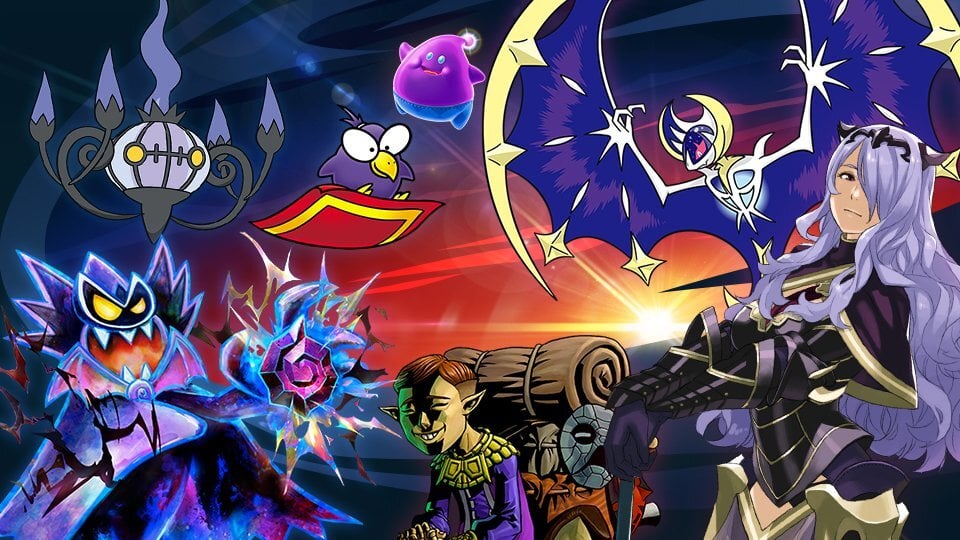 Get ready to encounter some purple characters in the new Spirit Board event in Super Smash Bros. Ultimate. It will run for three days, as usual, from March 19 to 21.

Among the characters in the promotional artwork, players will see Camilla from the Fire Emblem series, Lubba from Super Mario Galaxy 2, Lunala from Pokémon Moon, the Happy Mask Salesman from The Legend of Zelda: Majora’s Mask, and others.

As you progress through the stages and defeat enemies in this event, you’ll receive spirits, which are game characters with abilities that can give your fighters a boost in battle.

The event featured characters that can transform their color, shape, or what they’re wearing in reference to the two-in-one Pyra and Mythra fighter.