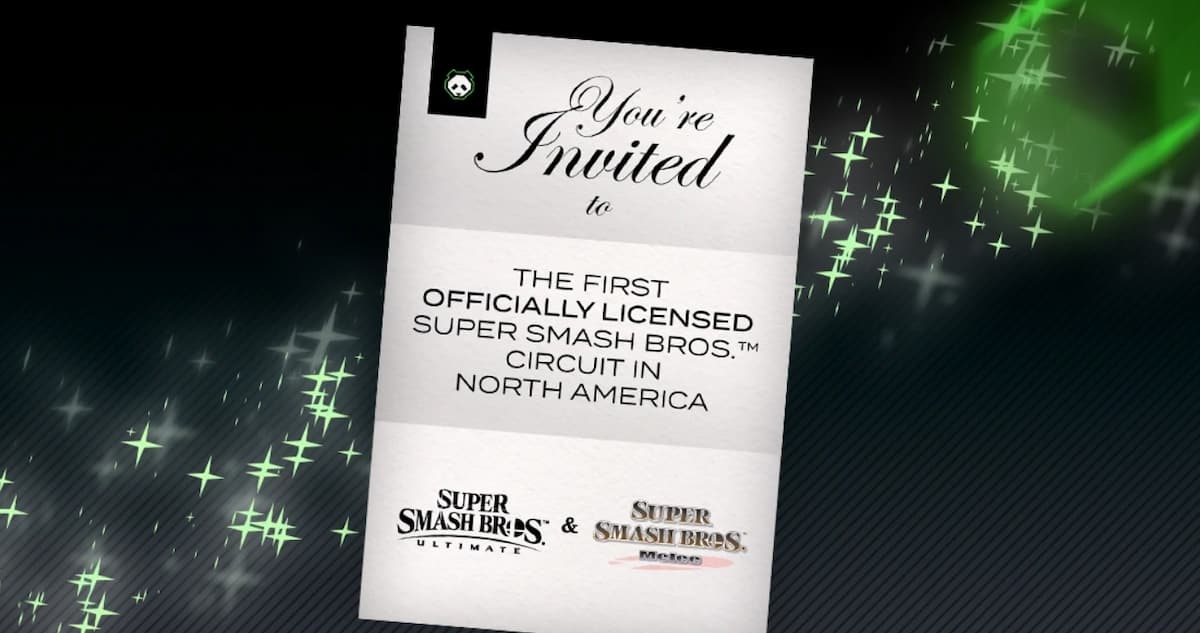 Panda Global and Nintendo of America are teaming up to bring the first officially licensed Super Smash Bros. championship circuit to players in North America. This partnership includes competitions for both Super Smash Bros. Ultimate and Melee, showing that Nintendo is ready to support the entire Smash scene—at least in an offline format.

Panda will host the circuit for all eligible players across both titles starting on a yet-to-be-determined date in 2022.

To start, players in the U.S. will begin competing in online qualifying rounds for Ultimate, with offline qualifiers being hosted for both Ultimate and Melee once both Panda and Nintendo deem it safe for large-scale, in-person events to return. The winners from those qualifiers will move on to compete in a grand finals event, which will be detailed along with the rest of the circuit in the near future.

The new Smash circuit will be open to players in Canada and Mexico too, but players will only be allowed to enter once both hosting parties decide it is safe to allow international travel for entry.

“This partnership with Panda Global is the next step in Nintendo’s efforts to create a more consistent, fun, and welcoming competitive environment for our players and fans,” NoA senior director of product marketing Bill Trinen said. “We are proud to stand with an organization like Panda Global to celebrate and support the ever-growing competitive Super Smash Bros. community, and create a space where all players can test and hone their competitive skills.”

While we don’t have the full details about how the circuit will be handled yet, this is a big move on Nintendo’s part to regain some goodwill and provide some publisher-pushed growth in the Smash community after years of negative interactions regarding cease and desists for events and little to no support for the actual competitive scene.

It’s a little on the nose that this announcement dropped just as the unofficial Smash World Tour 2021 is wrapping up its qualifiers ahead of its Championship event in December, but that’s likely just a coincidence.

Partnering with Panda in NA could open the door for Nintendo to get directly involved in supporting the global competitive Smash community. Players can expect more updates on this new circuit—including dates, qualifier details, rulesets, and more—to be published on Panda’s official website.