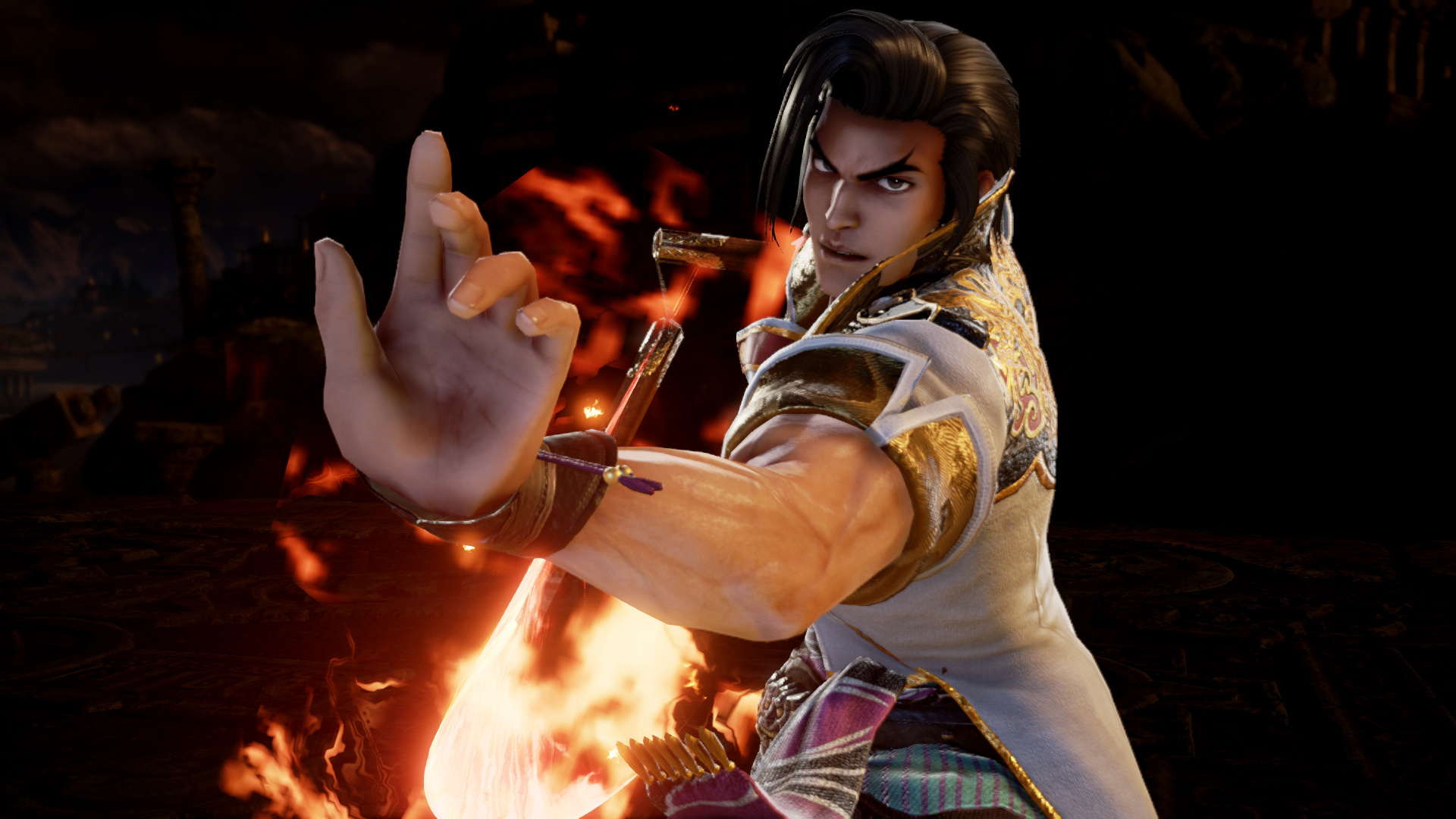 One of SoulCalibur’s most tenured fighters is joining the fight once again in SoulCalibur VI.

Maxi has been a apart of nearly every SoulCalibur game since the original for Sega Dreamcast. His Elvis-like attire and nunchaku wielding heroics have been a staple for the series, so fans are bound to be happy to know that he is coming back for one more bout in the latest SoulCalibur game from Bandai Namco.

In the lore, Maxi’s father had worked in the Ryukyu Kingdom as a merchant. Though fortunate enough to experience different cultures from his trade, he felt tied down by his job. On his deathbed, he told Maxi to go out and see the world. Deciding to live by these words, Maxi set out to seek total freedom by becoming a pirate to see the world his father couldn’t.

His SoulCalibur VI look seems to be inspired heavily by his original SoulCalibur look on the Sega Dreamcast. A lot of the characters added into the game seem to retain their original looks, hinting at the prospect of the game being set before or after the events of the first game.

His fighting style revolves around his nunchaku weapons which are extremely difficult to master. Maxi is one of the game’s more enjoyable characters to play but can be a pain to deal with when up against a Maxi who knows what he is doing.

Maxi’s announcement brings the total number of playable characters to 13. One of those characters, Geralt, is a guest character from the Witcher series of video games by CD PROJEKT RED. He was revealed back in March.

Soulcalibur VI will launch for Xbox One, PlayStation 4, and PC sometime in 2018.