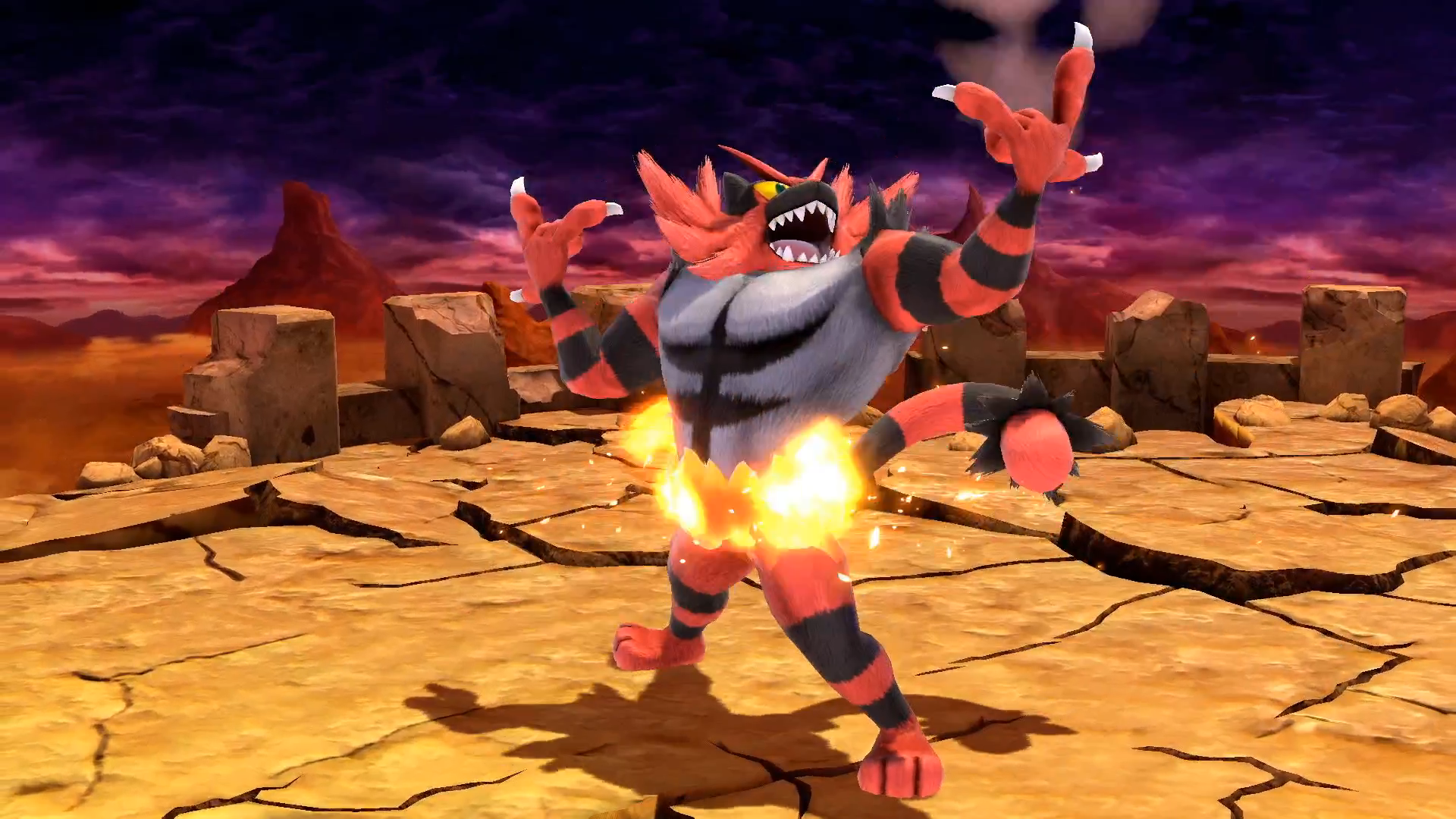 The Super Smash Bros. Ultimate fighter lineup continues to grow with the introduction of the 73rd playable character.

Incineroar from the Pokémon series was the first character revealed as part of the Super Smash Bros. Ultimate Direct earlier today.

Today’s Nintendo Direct is the final one before the game is released on Dec. 7. We could still see more fighters revealed throughout the remainder of the Direct, but for now, we are up to 74, including Ken from Street Fighter.

Right after the Direct ends, Nintendo will also be showing off more about Super Smash Bros. Ultimate, alongside upcoming Switch games like Pokémon: Let’s Go, Pikachu! and Let’s Go, Eevee!

Incineroar’s reveal follows a supposed leak on 4chan which claimed that some of the series’ most heavily-requested characters were coming to the game. The leak included Isaac from Golden Sun, Banjo-Kazooie from the title of the same name, as well as many others. This leak has since been confirmed to be fake, however.