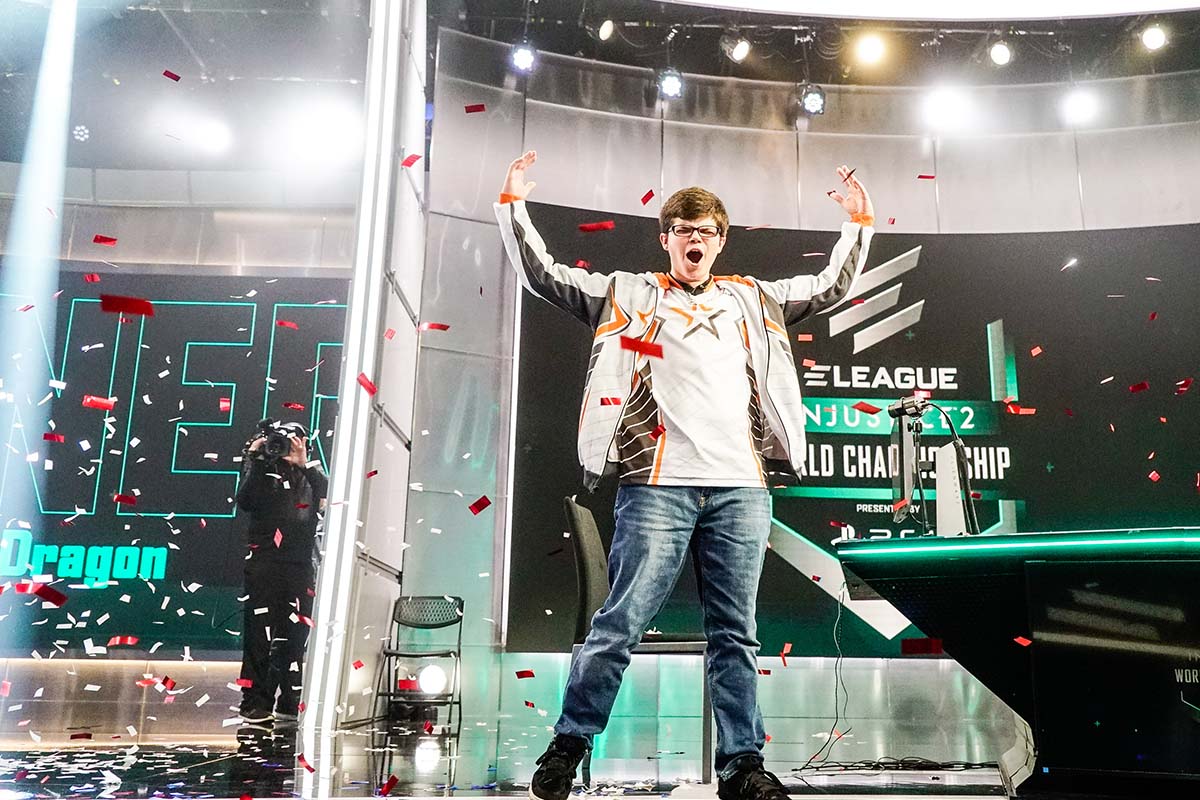 The grand final of the ELEAGUE Injustice 2 World Championship began at 12:10am ET in Atlanta, which means that midnight had already struck on the tournament’s Cinderella story.

Ryan “Dragon” Walker turned aside all challengers to win the ELEAGUE title on Friday. In addition to the title of world champion, Dragon took home the tournament’s $150,000 grand prize—one of the largest in fighting game history.

“It means everything to me,” Dragon said about his tournament win in a post-match interview. “I put everything into this game. I put all my hard work and dedication [into this game]. I work so hard at this game, people don’t realize what I put into this game. It showed here and it showed at Evo. It showed everywhere. I’m so glad I could be a part of this and finally win something huge.”

Before the tournament, Dragon told Dot Esports that he felt “extremely confident” about his chances in the playoff rounds. He had previously competed in the ESL Mortal Kombat X Pro League and the Injustice Pro Series Finals, both of which were won by Dominique “SonicFox” McLean. When SonicFox was eliminated from this competition in group play, Dragon moved to the top of several people’s lists of tournament favorites.

Dragon and his Black Adam proved that it was a smart move.

He started the evening by defeating Denom “A F0xy Grampa” Jones 3-1 in the opening round, then pulled out a tense winners final victory over Sayed “Tekken Master” Hashem by the same margin. The grand final was a rematch with F0xy, and both the scoreline and the result were identical to their first encounter.

Dragon’s victory came at the expense of A F0xy Grampa, who made a miracle run through the tournament. After a 0-2 performance at the Injustice Pro Series Finals, F0xy needed to win a last chance qualifier to earn a spot in the ELEAGUE competition. He lost his opening match of group play, then stormed through the losers bracket to earn a spot in Friday’s finals.

F0xy’s night began just as it did during group play—with a loss. After his defeat at the hands of Dragon, he had to take the long route to the grand final. He scored a 3-1 victory over Christian “ForeverKing” Quiles, then erased a 0-2 deficit to beat Tekken Master 3-2 in the losers final.

Although his run ended one step sooner than he wanted it to, F0xy still earned $50,000 for his run through the competition. Tekken Master took home $20,000 for finishing third. Fourth-place finisher ForeverKing, who also went through the last chance qualifier to earn a spot in ELEAGUE, earned $10,000.

Dragon’s path to the title nearly got derailed by Tekken Master in the winners final. With the set tied at one game each and both players low on life, Tekken Master landed a hit but could not convert the hit into a full combo. Had he done so, he would have held a 2-1 lead in the set. Instead, Dragon got the better of the ensuing scramble, then won the next game to take the set.

The winners final was arguably Dragon’s stiffest test of the entire tournament. All six of the sets he played throughout the event ended with either 3-0 or 3-1 scorelines.

Shortly before the grand final, NetherRealm Studios announced that Enchantress, Atom, and the Teenage Mutant Ninja Turtles will be the characters that make up Injustice 2’s third Fighter Pack. The characters will be added to the game as paid DLC in the coming months.