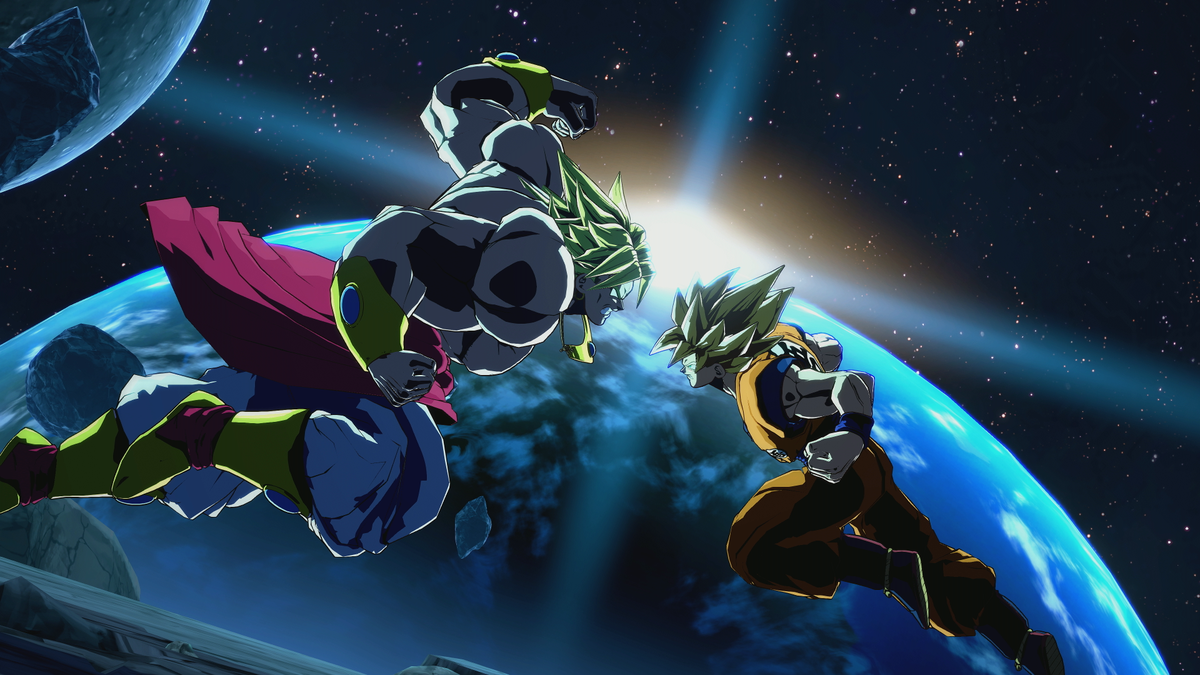 The first DLC pack for Dragon Ball FighterZ was released today, adding two new characters and a bunch of extra cosmetic items into the game.

Alongside all of this new content, Bandai Namco has also added a few Easter Eggs into the game for players to find during fights when playing as either Broly or Bardock, the game’s newest characters.

These Easter Egg cutscenes, known as Dramatic Finishes, will only happen if certain condition are met at the beginning or the end of each match. The cutscenes themselves are recreations of some of the popular moments in the Dragonball story. A total of three Dramatic Finishes were added in the first DLC pack for the game.

Gohan, Goten, and Goku Kamehameha Broly into the Sun

This scene originally appeared in the 10th Dragon Ball Z movie, titled “Dragon Ball Z: Broly – Second Coming.” The moment happens when a Gohan defeats a Broly in a match, causing Gohan, Goku, and Goten to blast Broly into the sun to win the match.

Goku’s Miracle Blow defeats Broly once and for all

Just like with the previous Dramatic Finish, this one also comes from a Dragon Ball Z movie— “Dragon Ball Z: Broly – The Legendary Super Saiyan.”

By defeating Broly as Super Saiyan Goku, players can recreate the climatic moment of the eighth movie where Goku punches Broly through the chest, causing him to explode.

The final Dramatic Finish happens when Bardock beats Frieza at the end of a fight. In the manga, Frieza ends up destroying Bardock and the entire Saiyan Race—but for this finish, things don’t go as planned. Bardock instead destroys Frieza, offering fans a cool “what if” scenario that is exclusive to Dragon Ball FighterZ.