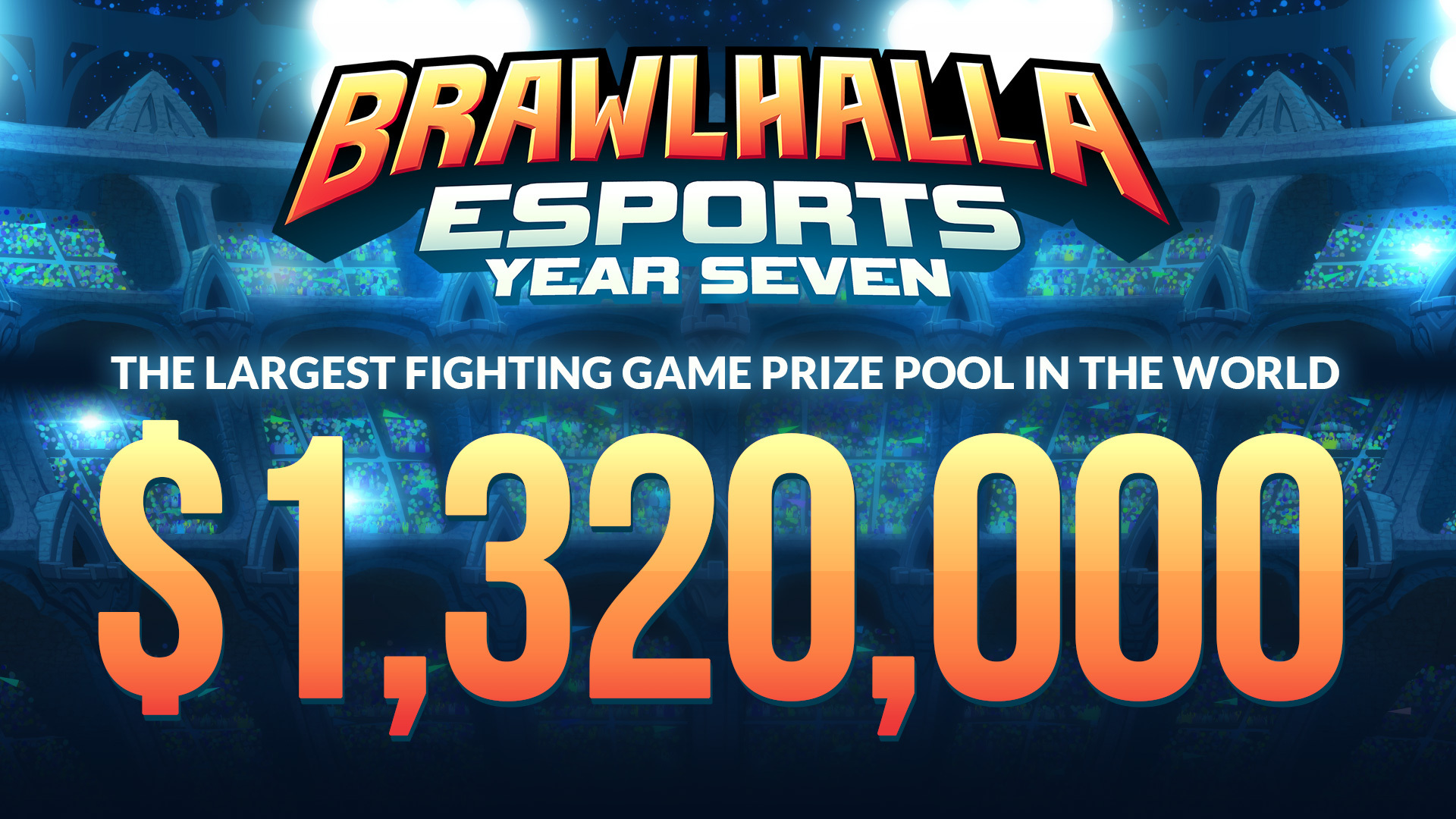 Heading into its seventh year, Brawlhalla Esports boasts the largest fighting game prize pool in history—totaling $1.32 million across all regions.

With the reveal of the Brawlhalla Esports 2022 season’s full roadmap, Ubisoft and Blue Mammoth Games confirmed the game would feature four Seasonal Championships and several other events, including the first Japan Invitational. Each Seasonal Championship will feature a larger prize pool than the previous year, with all four events set with a total of $100,000.

Two unannounced special events will be held in April and July between the three-vs-three Crew Battle Invitational and Spring Championship and 32-player Midseason Invitational and Summer Championship, respectively. New esports viewership rewards will also be available throughout the season, with more details to come at a later date.

To end the new season, players will be competing for $500,000 at the open-entry Brawlhalla World Championship 2022, which will be held in November.

Blue Mammoth is continuing its work with Smash.gg to successfully mix open-entry events and pro invitational tournaments, while still creating a “pro-focused” environment. The team is also working to include new updates and improvements for competitors and spectators, adding to the promise made during the 2021 season.