The downside of free tournaments is a lot of potential no-shows. 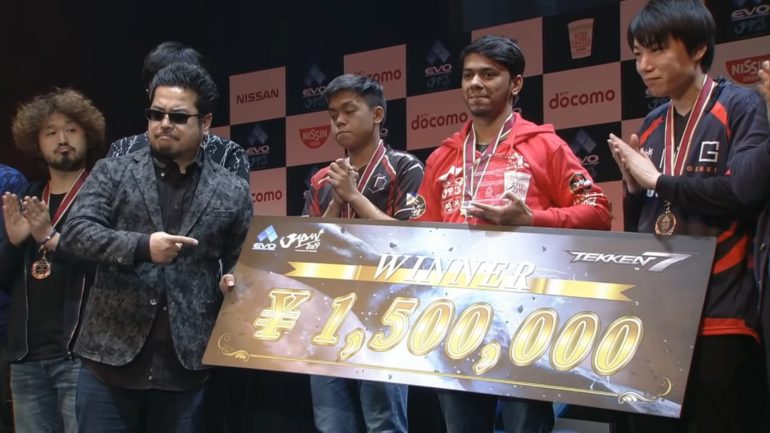 It isn’t odd to see some players pull out of a tournament if they have to play a top competitor during pool play at a fighting game tournament. But Arslan “Arslan Ash” Siddique made it out of his Tekken 7 pools at Evo Japan completely free earlier today because no one showed up to play him.

Ash is one of the best Tekken players in the world and is attending Evo Japan 2020 in hopes of following up his Evo 2019 win with another championship. And he’s already well on his way to that goal after bypassing pool play completely and getting a free pass to day two.

There were a total of 963 players who registered to compete in Tekken at Evo Japan, but Ash wasn’t the only one dealing with other players deciding to bail out of their brackets instead of competing. One of the top European players, Vincent “Super Akouma” Homan, also made it through to round two in the winners bracket due to a lack of players showing up at the assigned times.

Moving into the second day of the competition, the player count has been cut by more than half, down from 963 players to 383 who have made it into the next set of pools. In the new 32 groupings, Ash will likely end up playing Takumi “Noroma” Hamasaki to decide which player will make it into the final bracket on the winner’s side, barring any upsets.

All of these disqualifications due to skipping pools are likely due to the fact Evo Japan offered free entry to all players, meaning casual competitors could drop out without losing any monetary investment. There was also a form listed on the main event’s registration page that allowed players to easily inform the tournament organizers of their entry cancellation.

The flood of no-shows hasn’t had any apparent impact on the tournament itself outside of messing with some of the stream schedule since there were fewer matches to fill out the Tekken block that was set aside for day one.

Matches for Tekken 7’s second day at Evo Japan begin at 6pm CT on Jan. 24 when the brackets for Championship Sunday will be finalized.