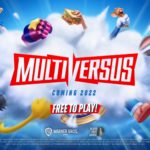 Rumors about MultiVersus have been circulating through the gaming world since October. But today, more details became available.

The game got its official announcement on Nov. 18. Fans also got a look at the characters that will be available in the game at its launch.

The game is scheduled for a 2022 release, but the exact date isn’t set yet. At launch, there will be 13 characters to play in MultiVersus. More fighters will likely be added later on as more content patches get released in the future.

Here are the playable characters we know about so far in MultiVersus.

Considering Super Smash Bros. Ultimate is slowly wrapping up in terms of its content, a new crossover fighter may have more room to grow on the market. If the veterans of the genre also decide to jump ship, it could even draw more players. Combined with stable content patches, MultiVersus could be the crossover fighting game to look forward to in 2022.