8 Japanese players are already in the top 20 of the Super Smash Bros. Ultimate PGRU rankings

A few bumps and some new faces. 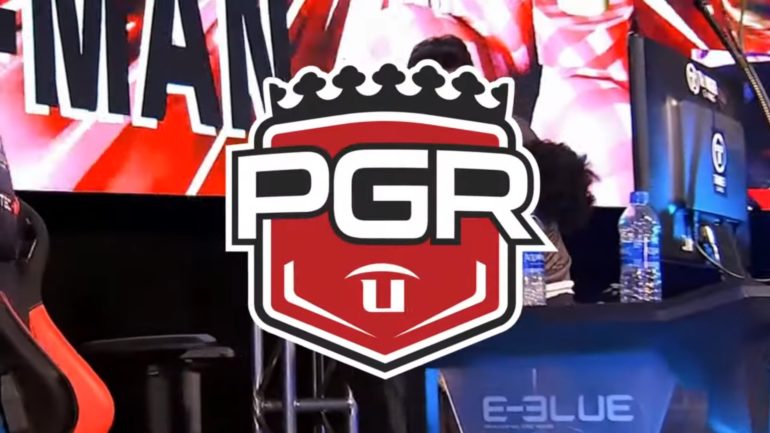 The Panda Global analysts weren’t kidding when they said Japan was going to be heavily represented in the top portion of the Super Smash Bros. Ultimate PGRU Fall 2019 rankings. In just the initial reveal of spots 11 through 20, eight Japanese players made the cut.

Smash’s competitive scene has always existed mostly in North America. But with Ultimate, it’s slowly starting to feel like a global game with how many of the best players are coming from outside NA.

This is also the range where you see players who have basically made the top cut (top 32 at most tournaments) in basically every event that they’ve competed in. Most of the players in the top 20 have won an S or A-Tier Major, or at least placed in the top eight multiple times.

With a few huge jumps and two new representatives, here’s the first wave of PGR’s top 20 Ultimate players from the second season.

WaDi only moved up a few ranks, but his play at the end of 2019 would’ve pushed him even higher if he had a few more quality wins over players ranked higher than him. The 2020 season looks bright for the R.O.B. main after wrapping up the year by coming in seventh place at Glitch 7 and then double ninth-place finishes at both The Big House 9 and Kongo Saga.

ProtoBanham, arguably the best Lucina in the world, was already a well-respected player who was sneakily good in Smash 4. But his rise in Ultimate was capitalized by his fifth-place finish at Evo 2019. In that tournament alone, he beat Kameme, Paris “Light” Ramirez, Ramin “Mr.R” Delshad, and more while also placing well at some Japanese events to close out the season.

Kuro is one of the best players in Japan who rarely travels outside of the region to compete. His domination at tournaments like Umebura SP 6 and 7, however, set the stage for him to debut at No. 18 on this list. He’s consistently beaten players like Ken, Raito, Kameme, and even Sota “Zackray” Okada and when he came out West, he placed 17th at 2GG: Kongo Saga, which shows he can compete when he does travel.

Ken also burst back into the Smash spotlight after having a quiet start to Ultimate. The best Sonic from Smash 4 beat all of the top Japanese players, outside of Zackray, at least once and was a top finisher at every Japanese event he attended. He wasn’t able to compete in many international tournaments, but that should change in 2020.

T is one of the best Link players in the world and he jumped all the way from No. 47, which could be because he decided to focus on his main. That decision showed massive results, culminating in multiple strong showings in Japan and getting fifth place at Kongo Saga with impressive wins over Zackray and Samuel “Dabuz” Buzby.

Shuton is only the second player to drop out of the top 10 so far, but he’s been dealing with a lot after Olimar was nerfed before the season. Even with that hit, he still placed top 10 at most S-Tier tournaments with his worst being 13th at Evo and 17th at Kongo Saga.

The list is rounded out by perennial top talents ESAM, Kameme, and Tea, who all remained in the same tier despite moving up slightly.

ESAM and Tea both won big A-Tier events and had solid placements across the board. Kameme also did that, but he had the advantage of more quality wins, including being the player to knock Leonardo “MKLeo” Lopez into the losers bracket at Evo.

The remainder of the PGRU rankings will be released over the next week or so. Panda Global and its stats team are letting each portion of the list draw out conversation from the Smash community while also preparing video content.