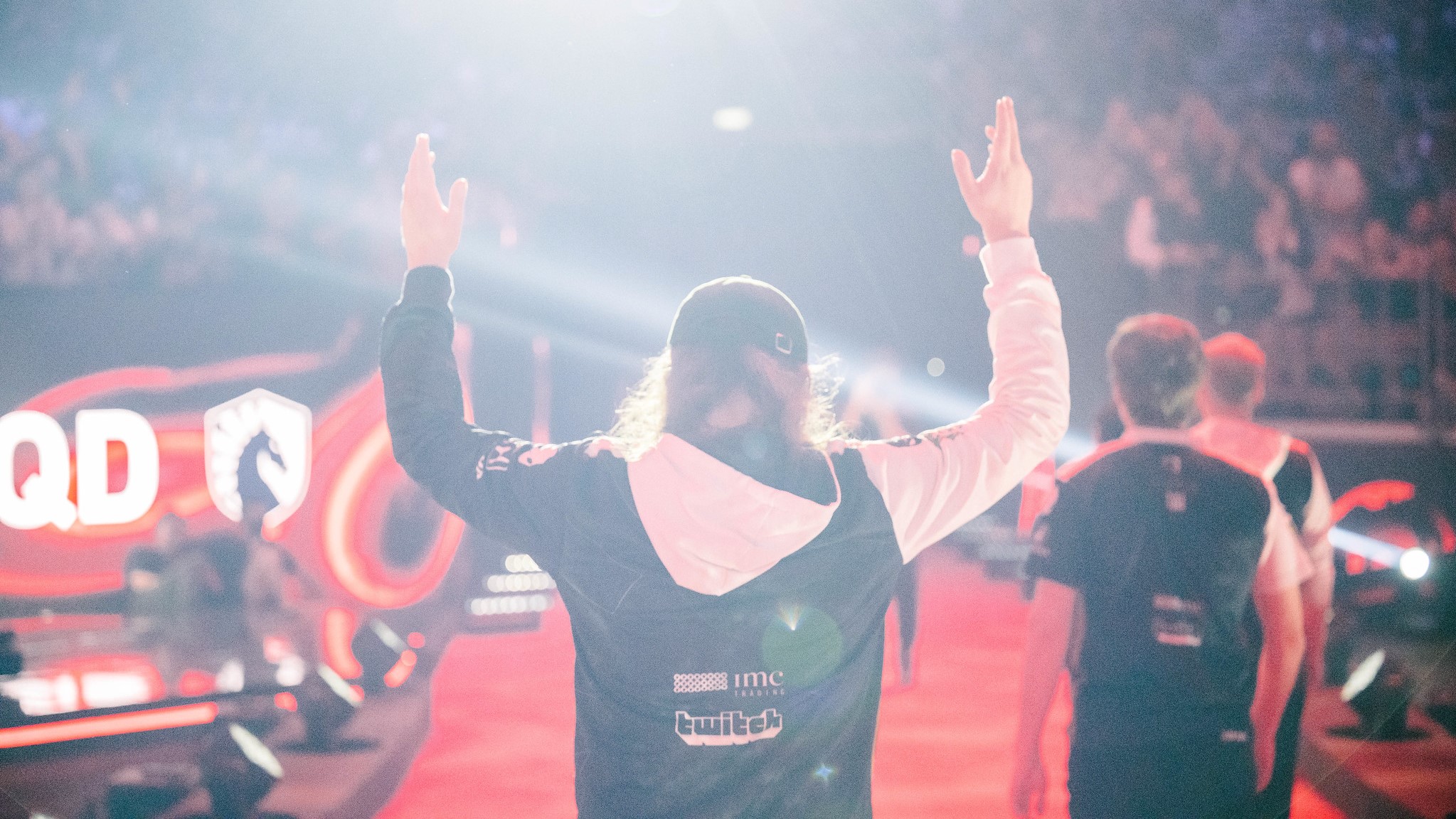 The International gathers the best teams worldwide and allows fans to watch the highest level of Dota 2 that a human can play. In addition to the quality of matches, the stakes of each match often rise due to storylines, and Team Liquid certainly had one of the best writers pitching their part of the script.

A large part of that story involved MATUMBAMAN, whose run on the main stage resembled a fighter throwing down the gauntlet for back-to-back heavyweight matches as one last challenge before retiring as the veteran announced he’d step away from the competitive scene after TI11.

To honor the veteran, Valve prepared a piece of content to be played in the arena and on stream, where Liquid’s players praised their soon-to-be former teammate. At the same time, Matu gave his thoughts on the situation and let fans know how at peace he’s been with retiring for years.

The short video ended with Valve wishing Matu well and hoping that his career rests in peace, which caught the commentary panel and everyone watching live at home and in the arena off guard. RIP MATU was a common response on social media and trended for a brief moment on Reddit and Twitter, but it wasn’t quite the end for him yet.

Matu’s last ride ended in third place at TI11 on the event’s final day, with the veteran core player falling to his friend and former captain Puppey as Team Secret sent Liquid packing. And with one final tearful farewell, Matu took those bags and left to start a new life where he would finally step away from the grind and “do nothing.”

It only took two years for Matu to make it to his first TI with his first stint at Liquid alongside the legendary KuroKy, and the rest was history.

After winning TI7 in his second year with Liquid, the legend of Matu continued with multiple high-place finishes. In his eight years on the stage, Matu complimented his Aegis with more than a half dozen Major titles, making him one of the most successful carry players in the game’s history.

Matu’s career started in an elevator that led him to success, but his later years were filled with hardships as the Finnish core player even struggled to find a team to play with after he was removed from the TI-winning Liquid roster in 2018. He became a mercenary for a short time, missing TI9 in the process.

However, things would turn around after TI9, as he joined his once rivals on Secret and started a second arc to his career, helping the team break the Alliance 2013 roster’s 100-game record and win eight-straight tournaments along the way.

That run resulted in a third-place finish at TI10, though Matu and zai would depart Secret after the event to join a Liquid roster looking to change things up. And, while it wasn’t a clean DPC season, with the team needed to make it through the Last Chance Qualifier just to make it to TI11, the team proved to be among the best in the world right there alongside Secret Tundra Esports.

Matu might not have been able to end his career by lifting his second Aegis of Champions, but he did get to walk away with his head held high to a crowd chanting his name and nearly a decade of memories pushing him forward into his next adventure.

That next journey is still unclear, as Matu currently plans to take some well-earned time off to spend on his sailing boat and contemplate just what he wants to do next outside of Dota. Though if he ever does decide to heed the call of battle once more, plenty of players would welcome him back with open arms. This could potentially include a lineup featuring n0tail and some of the two-time TI-winning OG roster if fans are willing to stretch their imaginations.