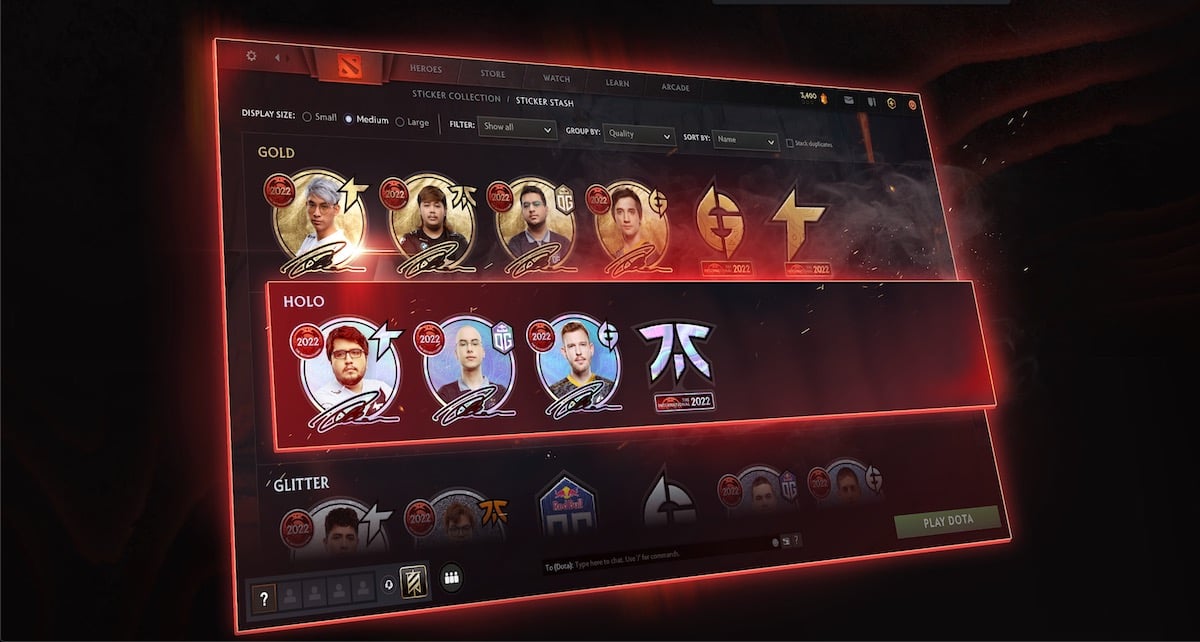 While there are quite a few Arcanas and skins to unlock in this battle pass, more will become available in Part II alongside Diretide. In addition to the content expected to be released in the battle pass’ second part, there are some that Valve will roll out in the upcoming weeks, like Stickers.

Stickers are a new type of collectible, similar to Player Cards. They can be acquired through Capsules which can be earned as tier rewards through the battle pass, and they will also be sold separately. 50 percent of all the Capsule sales will go directly to the professional players and teams that fans support. Stickers will be used to complete a Sticker Album featuring professional Dota 2 players.

Stickers will be marketable upon opening them, and they come in four different rarities. Considering the number of duplicates will increase as players complete their Sticker Albums, they’ll be able to sell the extras on Steam’s Community Market while acquiring the cards they need.

The Sticker album will feature all the players participating in the Last Chance Qualifiers and The International 2022.

When will the Stickers release in the 2022 Dota 2 battle pass?