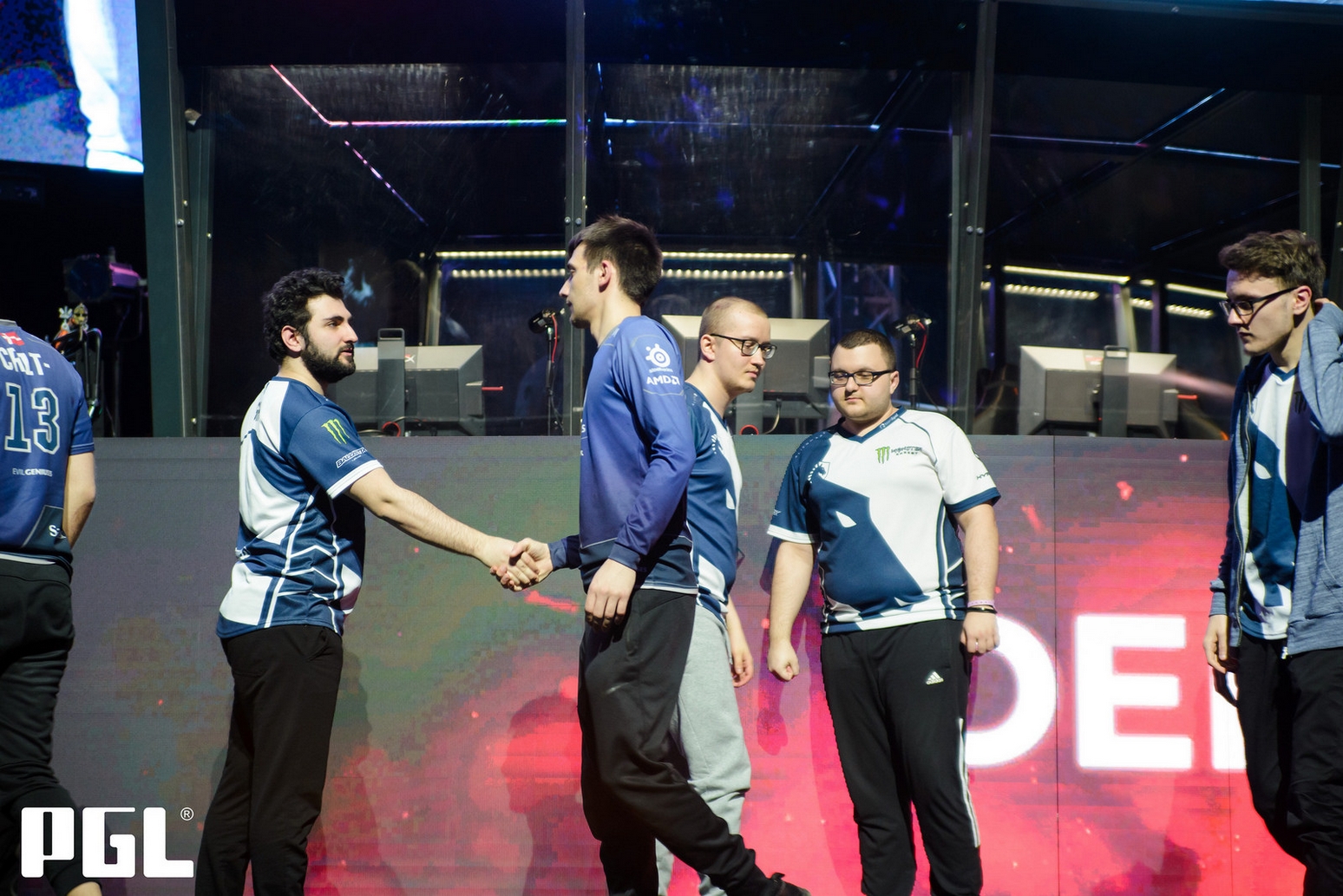 Praised and criticized in equal measure

The Evil Geniuses Dota 2 squad has always been a fan favorite roster since its inception in 2011. Having once housed players of legendary status such as Clinton “Fear” Loomis and Peter “ppd” Dager, they can always count on the legion of EG supporters around the world to have their backs at every event.

But having passionate, loving followers can be a double-edged sword, and the Boys in Blue are no strangers to this idea. As much as fans adore the North American team, the EG devoted can also be their harshest critics. Sometimes, this even reaches the point where the players themselves lash out at their own groupies—as seen in the case of the infamous “you punks are never satisfied” tweet that mid laner Syed “SumaiL” Hassan posted earlier this year. The tweet itself was a shot at EG’s detractors and their fans alike, who at the time had been calling the lineup weak and inconsistent.

It’s pretty easy to see, however, just why they’ve received so much flak this year from the people who root for them and the Dota 2 community at large: EG have not been in great shape for a while now. After being eliminated from The International 7 in the top 12, their misfortunes did not change all that much. The closest they got to a Pro Circuit Major title was at DreamLeague Season 8 (third place), but the rest of their placements elsewhere were less than inspiring.

Slaves to the shuffle

Thus, they saw it fit to change their roster not once, but twice this season. Saahil “UNiVeRsE” Arora was the first to go, being released from his contract last December. Rasmus “MiSeRy” Filipsen filled the empty slot, with SumaiL moving to the offlane position in favor of allowing both Fear and Arteezy to be the two main cores. Cr1t relinquished captaincy to MiSeRy, completing the shake-up of duties within the lineup.

The experiment was a failure. Another seven months later, Fear went back into retirement and MiSeRy was kicked from the squad. What came after, though, was a pair of blockbuster signings: that of Gustav “s4” Magnusson and Tal “Fly” Aizik. Both players had come in from their own troubles with their former team OG, who were arguably in an even worse spot than EG was at the time.

Bringing on both s4 and Fly did come at a price, however. Per Valve’s rules on lineup changes outside of the designated roster lock periods, they were relegated to open qualifier status in their home region of NA. Of course, they ended up surviving the journey all the way to the main qualifier—but the changes were nonetheless a sign of them accepting their need to shift gears.

Back to the drawing board

With their newest recruits in tow, EG went into the China Supermajor last June with less than a week’s worth of chemistry with s4 and Fly. Naturally, expectations were low due to the lack of time to gel—expectations which they pretty much met after going out in 12th place.

Since then, however, they’ve had a chance to really sit down and figure out what works best for them going forward. Their pre-TI8 bootcamp and performance at DOTA Summit 8 will determine a lot of what their potential will be like come August, but at least this time they won’t have to go in without a solid gameplan in mind.

After all, talent, skill, and premier event experience are all present in this lineup in spades. Every single one of EG’s players sports championship pedigree; even Arteezy, who has yet to win an International himself. It’s up to them to harness their obvious latent power with proper teamwork and coordination—and if they do, we might just see the geniuses reborn.

SumaiL is the self-proclaimed king of the mid lane, and if Amer “Miracle-” Al-Barkawi didn’t exist, we’d be inclined to agree with him unconditionally. He is one of the most explosive players in Dota 2 history, known for his freakishly aggressive dives and flashy playstyle.

It is fitting, therefore, that such an electrifying player has Storm Spirit as his signature hero. In most cases, games where he is allowed to get his hands on Storm Spirit turn straight into an episode of the SumaiL Show. Exhibit A:

With two highly skilled players having just come to the roster, chemistry will be the biggest issue for them at TI8. Both s4 and Fly have never played with EG before, either, so they will have to dig deep at bootcamp in order to get the right mix down pat.

It’s difficult to give Evil Geniuses anything above a C+—at least as things stand right now. Their actual strength could very well change once the event rolls around, but currently there are a few too many variables present to consider them favorites.