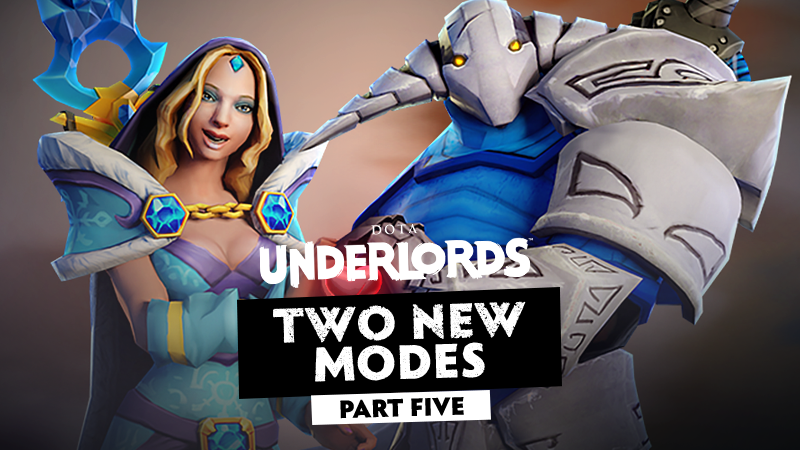 Valve has continued its streak of announcements regarding Dota Underlords by revealing two new game modes that will be introduced in The Big Update.

Duos will allow players to queue with a partner to battle seven other teams, while Freestyle gives players the chance to create any scenario of their own design.

Underlords will become the second autobattler after Auto Chess to introduce Duos. Unlike Auto Chess, where the limit is still capped to four teams and eight players, Underlords will have eight teams and 16 players fighting to be the Lord of the White Spire.

Two teammates won’t be sharing one chessboard, however. Duos share health and level, and each player can spend gold and heroes to help the other level up their crew. Teams will face off against one another in two individual battles, with the final round damage calculated by adding together both fights.

The new Freestyle mode is a sandbox playground for Underlords players. You can put out any combination of heroes or creeps that you want without needing to scramble for your desired pieces in a strict time limit.

Players can test out all the possible scenarios and combinations of heroes. This will likely be a good place to see all the new heroes taking the stage in The Big Update.

Valve has shown no signs of stopping the previews of The Big Update. The developer could reveal even more details over the next few days.