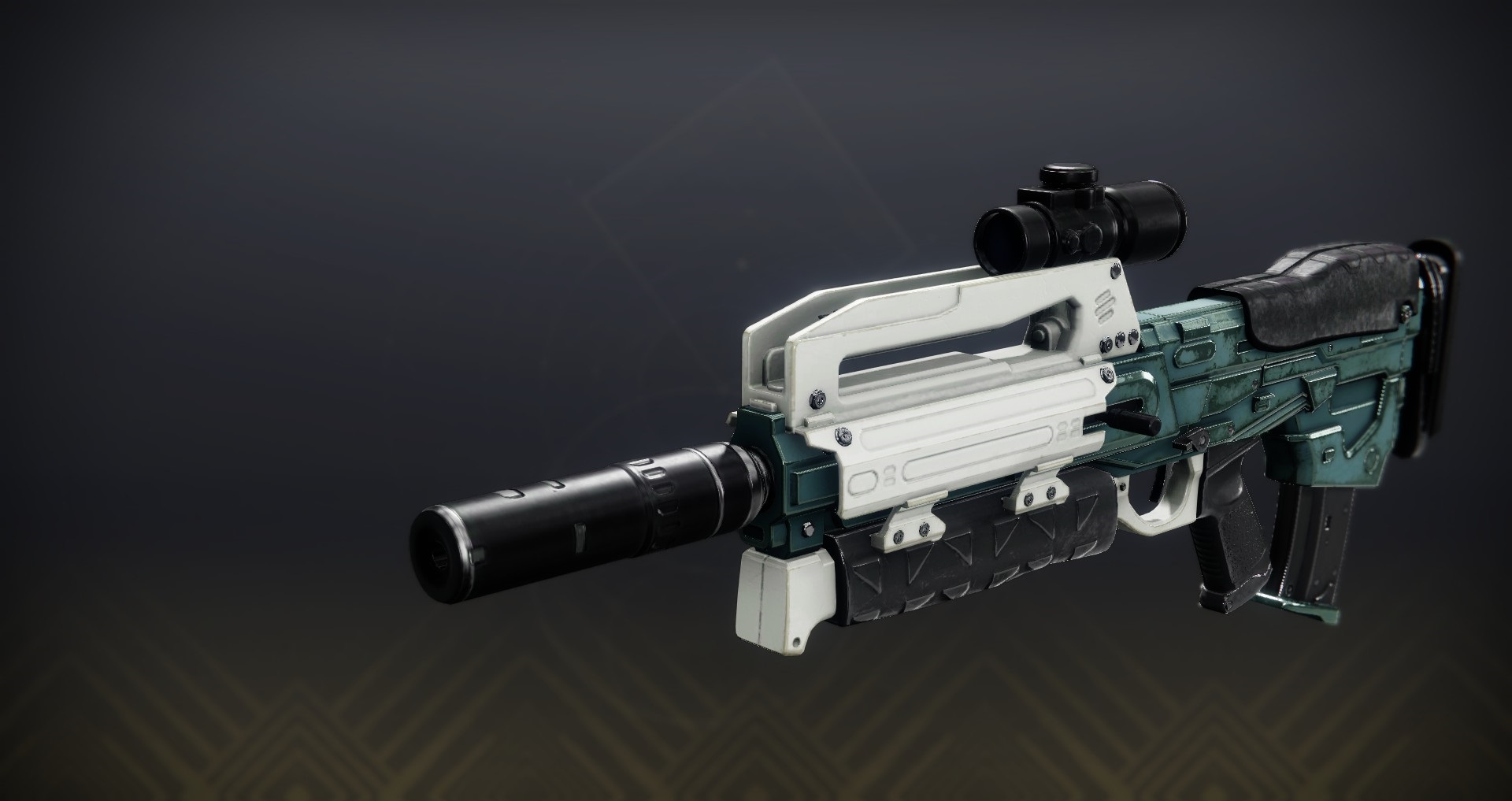 A taste of the Halo franchise came to Destiny 2 with the 30th-anniversary event. The release of the DLC brought the BxR-55 Battler Pulse Rifle and the Forerunner sidearm, two unique weapons that offer extra flavor when playing the game due to their intrinsic traits—even if you’ve never played a Halo game.

The BxR-55 offers a variety of rolls. And even though it seems more suitable for PvP, it’s a useful weapon for any activity with the right perks. Here are our god rolls for the BxR-55 Battler in both PvE and PvP.

Though god rolls usually take personal preference into account, some rolls are just better than others for specific activities and even playstyles. Here’s our selection of the best perks on the BxR-55 Battler in each column so you can determine your own god roll—or at least figure out what rolls to keep and which ones to turn into Gunsmith Materials.

Unsurprisingly, the tried-and-true reload perk carves itself an easy spot at the top of the BxR rolls. Outlaw is just too good to pass up and it’s a safe bet on most guns. Perpetual Motion is a close second, though, since it’s a triple-stat bonus as long as you’re moving. PvP players will likely get better mileage out of Perpetual Motion, though.

Demolitionist provides free grenade energy on kills. It’s not necessarily the best perk in slot but depending on your roll, playstyle, and personal preference, it’s a strong contender to dethrone Outlaw. It also opens up different combinations, such as Demolitionist/Kill Clip or Demolitionist/Adrenaline Junkie.

Auto-Loading Holster is a useful perk, but its usefulness has dropped slightly with the addition of Holster mods and it pales in comparison to other rolls. It’s not a bad perk, but it’s hardly the best in slot.

Another tried-and-true damage-boosting perk that ranks high in god rolls, Kill Clip also notched itself a comfortable spot at the top of the list for PvE—and it sits high at the table for PvP as well. It’s a no-brainer in PvE, but it has its competition in the Crucible.

The Halo combo comes to Destiny 2. Blunt Execution Rounds gives you a significant boost to handling and damage after meleeing an opponent, which gives you an edge in melee-range duels in the Crucible. Punch it, swap to the BxR-55, and shoot it to finish your enemy off before they even have time to react.

Rangefinder, Elemental Capacitor, or Eye of the Storm (PvP)

These three PvP perks can each have their own niche. Rangefinder is the most consistent of the bunch, while Elemental Capacitor can complement a subclass choice and Eye of the Storm can be handy in specific situations. Blunt Execution Rounds is tailor-made for the BxR, so that should be your first choice. If your playstyle doesn’t adapt to the perk, though, you can choose whichever fits your playstyle best (and odds are you’ll find Rangefinder the most reliable).

Parts don’t matter as much on a weapon, but they can still be the difference between a good roll and a god roll. For PvE, reload speed is generally a better choice for the magazine, though perks such as Outlaw and Perpetual Motion can make it redundant. Ultimately, the impact isn’t that great, especially since the BxR-55 can’t roll Extended Mag. Anything that’s not Alloy Magazine or Steady Rounds will be a decent choice. Barrels also have a nearly negligible impact, but Smallbore and Extended Barrel offer better boosts.

PvP players, on the other hand, will usually go for maximum range to get an edge in the Crucible. This means Accurized Rounds in the magazine slot and Hammer-Forged Rifling, Extended Barrel, or Smallbore.