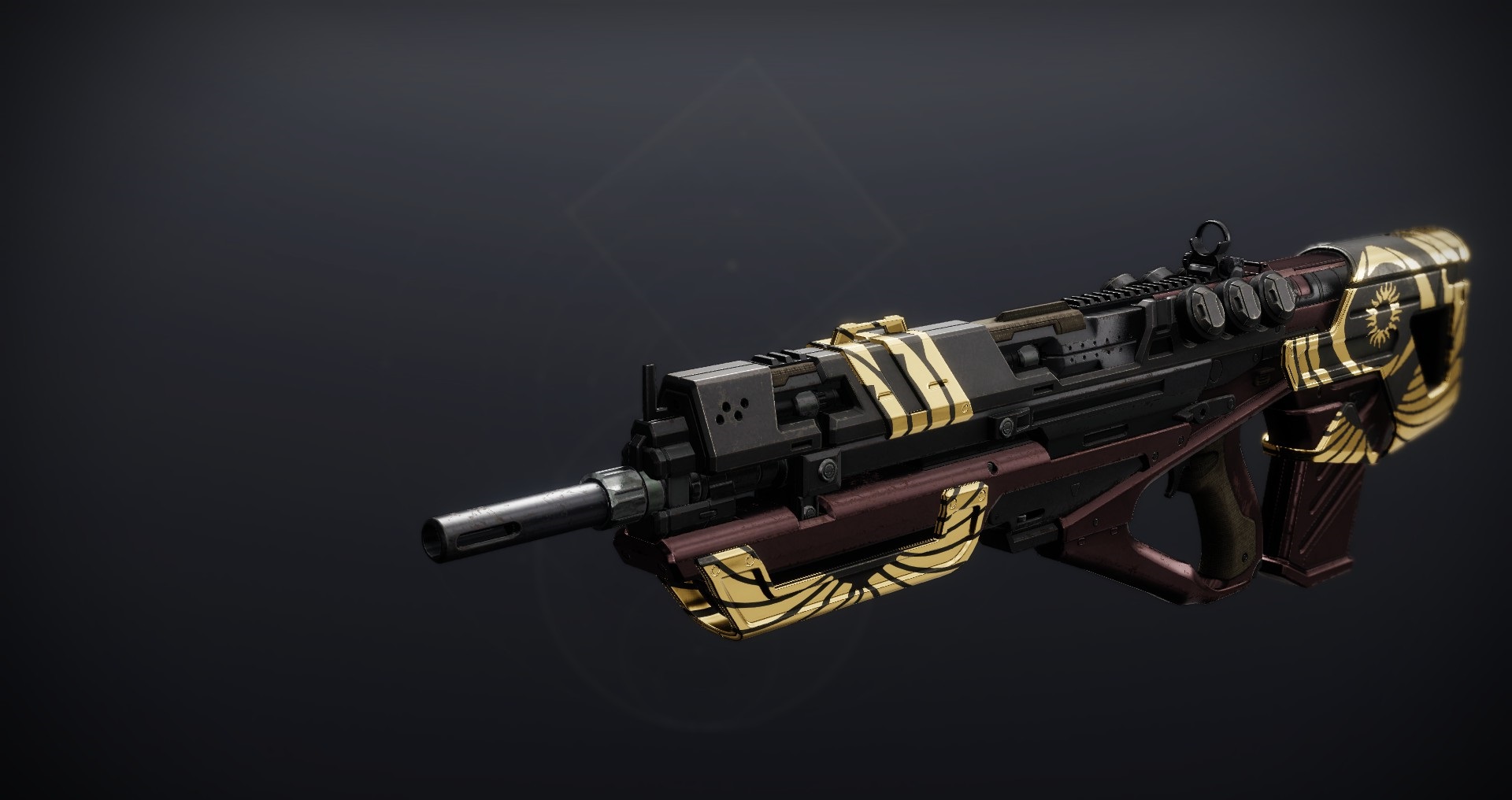 The overhauled Trials of Osiris means more players can get their hands on shiny new loot exclusive to the game mode—including one of the best Pulse Rifles in the game. The Messenger is a one-of-a-kind weapon thanks to its perk pool, which comes with the unique Desperado perk.

With Desperado, reloading after a precision final blow vastly increases fire rate, making it a guaranteed presence in any god roll. Though that’s easily the best choice in the slot, it’s certainly not the only good one—especially not with the stacked pool of damage-boosting perks in this gun.

Here’s our god roll for The Messenger.

The Messenger has a series of useful perks and even some less popular combinations can shine. Still, the sheer supremacy of both Rapid Hit and Outlaw for the first perk and Desperado or Kill Clip as a second option cements them at the top of the god roll chain for PvE, with Killing Wind as an option for PvP.

Parts don’t seem to matter too much for the garden-variety PvE activities. As is the case with the vast majority of the guns in Destiny 2, the perks will prove more important than the parts, though having a bigger magazine size is always helpful. Most PvP players prefer extra range on their guns, so the parts will play a more pronounced role in a god roll. They’ll still be second place to perks, however.

Since players won’t always get a god roll or a Desperado from their Trials Engrams, here’s a breakdown of each of The Messenger’s perks so you know what to keep and what to dismantle.

Reload-boosting perks are a tried-and-true element of Destiny and The Messenger has access to the two best perks in the game. Rapid Hit seems tailor-made to Pulse Rifles, with each shot in the burst counting toward the five stacks needed to get the most out of its effect. Outlaw, on the other hand, is as good as ever.

Although those two perks are already good enough on their own, they synergize with Desperado, the crown jewel on The Messenger. Like Outlaw, Desperado triggers on precision kills and landing precision shots is enough to proc Rapid Hit.

For PvP, Killing Wind will give players a handy boost to range and mobility after a kill, making it a viable choice for PvP. The extra range pairs well with the Pulse Rifle’s better range compared to Hand Cannons or Auto Rifles, for instance, meaning Killing Wind can give you a bigger edge on other opponents.

Heating Up is a good perk on its own, but taking it means players will have to ditch Outlaw or Rapid Hit. The Messenger also doesn’t kick too hard, so players can manage their recoil without help from this perk—and they’d get more value out of a reload-boosting perk. Still, Heating Up isn’t bad in its own right and can beat Moving Target, Zen Moment, and Encore.

The extra target acquisition and ADS speed won’t really make a difference in PvE, but it can help give you an edge over your opponents in the Crucible. If you’re not fond of Killing Wind, this can be a decent alternative for a PvP roll.

Desperado is by far the most important perk in any god roll for The Messenger. It nearly doubles its fire rate after a precision kill, making the weapon’s fire sound like a gallop instead of the usual cadenced Pulse Rifle gunshots. This perk is what makes The Messenger so unique and it’s definitely earned a spot at the top of the god roll.

If you can’t get Desperado, Kill Clip is a good second choice. Pair it with Outlaw or Rapid Hit and you’ll still have one of the best Pulse Rifles with one of the best damage-boosting perks in the game. Kill Clip is the second-best option, but it’s still comfortably at the top.

Frenzy and One For All

In addition to Kill Clip, The Messenger can roll with two excellent damage-boosting perks. Frenzy will give a flat 15-percent increase after 12 seconds in combat and One For All gives a larger boost if you shoot three enemies in a short amount of time. Choosing between those two depends on preference and availability.

Headseeker isn’t a bad perk in itself, particularly in PvP. The problem with Headseeker for both modes is that it rolls in the same slot as Desperado, Kill Clip, Frenzy, and One For All. For PvP, it will still sit behind Desperado and Kill Clip, and Frenzy and One For All will overtake it for PvE as well.

Celerity is a handy boost to handling reload speed after Bungie buffed it in Season of the Splicer. With such strong competition, however, it’s hard to justify taking Celerity over damage-boosting perks. Additionally, Outlaw and Rapid Hit can make the reload boost redundant. Although Heating Up/Celerity feels like it could be a fun roll, it’s hardly among the best.

Elemental Capacitor isn’t exactly coveted to begin with, but when the competition is as strong as Desperado, Kill Clip, Frenzy, and One For All, you might as well dismantle it if you get one.