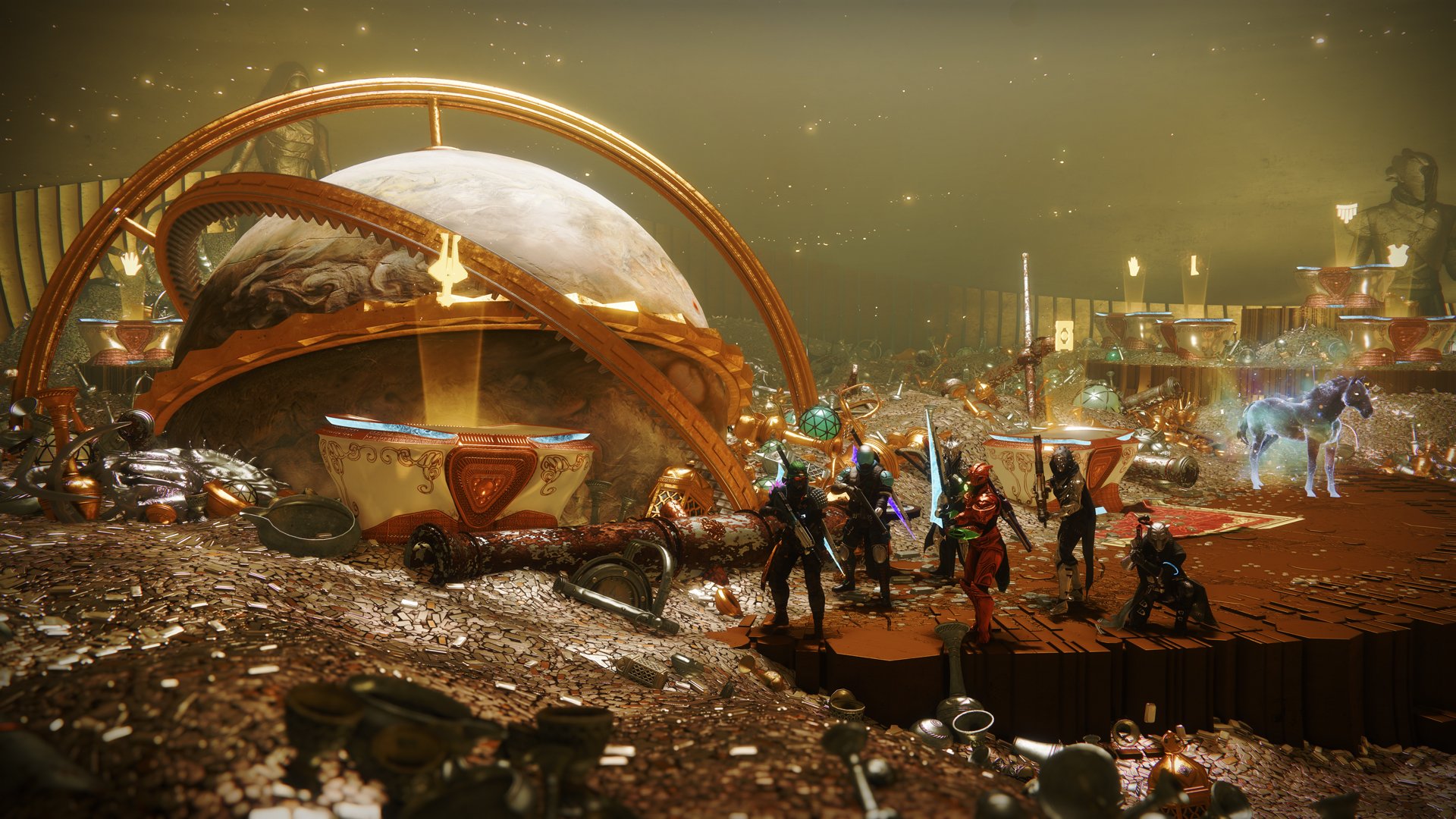 If you’ve run through Destiny 2‘s Dares of Eternity activity, odds are you’ve stumbled upon a few Treasure Keys of your own. They can open loot-filled chests from Xûr or, if you save enough of them, you can even unlock class-specific ornaments in the Treasure Room if you reach a high rank with the intergalactic merchant.

Here are some of the ways to get Treasure Keys in Destiny 2 and what you can do with them.

Dares of Eternity will likely be your main source of Treasure Keys. Finishing a round of Dares of Eternity seems to give you a guaranteed key and it also hands you some Strange Coins. This is a fairly easy way to stock up on Treasure Keys while you run the activity for gear or bounties, which should make for a decent cushion of those when you want to spend them.

Related: How to earn and use Strange Coins in Destiny 2

Paraversal Haul caches can also yield Treasure Keys or a host of other items. You can get Paraversal Hauls from completing Starhorse bounties or by exchanging them for seven Strange Coins with the Eternal Equine. Going for Paraversal Hauls could become a part of the activity loop of Dares of Eternity, especially with three daily Starhorse Bounties and two weeklies, plus another set of objectives for the Legend-difficulty version of the activity.

Lastly, Starhorse can also give you a Treasure Key for 10 Strange Coins. Mind your stock of Strange Coins, though, since getting bounties from the intergalactic horse also costs between three to seven Strange Coins per set of objectives.

What to do with your Treasure Keys

You can spend your Treasure Keys to open the chest in front of Xûr in his Treasure Hoard, which guarantees a 30th Anniversary weapon. You can also exchange them for Celebration weapon mods, which release confetti upon getting precision blows.

Lastly, if you look around the Treasure Hoard, you’ll find statues with armor containers for each class. They contain a class-specific ornament (heads, arms, chest, legs, and class item) and require both a sum of Treasure Keys and a high enough rank with Xûr. Other chests in the area can also give you a Ghost and a Sparrow for three and five Treasure Keys, respectively, after you’ve maxed out your rank with Xûr.