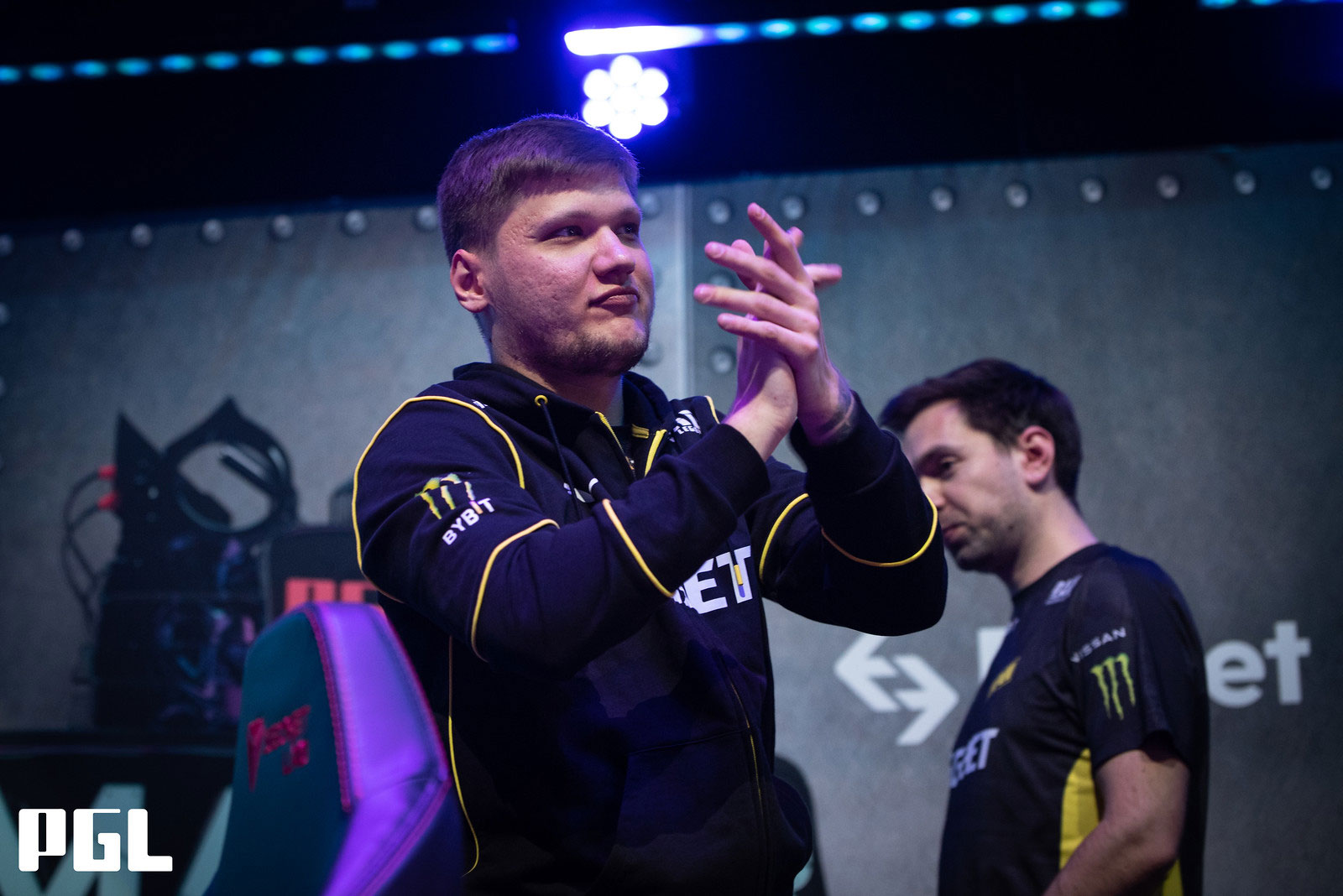 There’s no bigger star in CS:GO today than s1mple. You could argue this point in years prior, but after a historically dominant end to 2021, there’s no question the two-time HLTV Player of The Year award-winner has taken another step up.

The debate over CS:GO’s GOAT has been ongoing for years. Some say it’s GeT_RiGhT, leaning on his dominance over CS 1.6 and NiP’s unmatched dominance in the first year of CS:GO. When new eras emerged in CS:GO’s history, names like FalleN and dev1ce were mentioned. S1mple’s name has always been in the conversation, but the absence of a Major trophy was consistently brought up.

Now with that Major trophy secured at PGL Stockholm, perhaps the conversation is over. Before the beginning of 2022’s first top-tier CS:GO competition at BLAST Premier Spring, we sat down with s1mple and asked him if he thinks he’s the GOAT. To anyone that knows him, his answer shouldn’t come as a surprise.

“No, I don’t think so yet,” s1mple said to Dot Esports. “If in terms of individual performance, yes. In terms of achievements, no, and overall, no. It would be better to tell myself that I’m not the best yet to keep grinding to my highest level.”

It’s hard to imagine s1mple reaching an even higher level, and it’s terrifying to do so if you’re a player or coach going up against him. When it comes to his statistical and individual performance, his case is pretty solid. Against all opponents, he has the second-highest lifetime HLTV player rating behind ZywOo, but he’s No. 1 all-time against HLTV-ranked opponents. He also has the second-highest all-time player ranking at Majors, behind only coldzera.

But by his own admission, the achievements and trophies didn’t go hand-in-hand with his otherworldly individual performances. From when he joined Na’Vi in 2017 through 2020, he and the team only won a few premier trophies a year, which is not bad but still below expectations for a player of his caliber. And then 2021 happened, and Na’Vi transformed into a nearly unstoppable force, particularly in the second half of the year.

Na’Vi won seven out of nine consecutive events in the second half of 2021, and they reached the grand finals of those other two events before falling to Gambit, arguably the second-best team in the world. Na’Vi collected an extra $1 million in prizes from completing the Intel Grand Slam. And not only did s1mple finally claim that elusive Major, but Na’Vi became the first team to win the Major without dropping a map. There were “more flights, more bootcamps, and more stress” during those “hard” final months, according to s1mple, but it all culminated in the best competitive year yet for him and his team.

Na’Vi were so dominant toward the end of 2021 that it resulted in a seismic shift felt all across Counter-Strike. Vitality formed a new superteam featuring former Astralis legends, while G2 acquired one of the game’s greatest in-game leaders and a 16-year-old sniper from Na’Vi’s academy team. Shox went to Liquid to greet a returning nitr0, and ropz went to FaZe to play under karrigan again. All of this was done in the hopes of catching up to a thriving Na’Vi team with a superstar at the peak of his powers. Whether those moves pay off remains to be seen, but S1mple is nonetheless intrigued by the moves made by G2, FaZe, and Vitality.

“The coach on G2 and some of the players on Vitality have never played on an international roster,” s1mple said. “It’s going to be interesting to see how they handle the pressure. And of course, FaZe with ropz is going to be really fun since he’s finally going to play with karrigan once again. As I remember, they got some trophies and played well on mousesports.”

S1mple said the success that both Na’Vi and Gambit achieved in 2021 was definitely the reason for the changes other teams made, with so many other teams falling “five, six, seven times in a row” to the two of them before looking at changes. Gambit were the dominant team of the first half of 2021 before Na’Vi took over and remained a constant thorn in the side of Na’Vi all year long. S1mple compared the two teams’ dual dominance over the year to prime Astralis. It’s that same dominance Astralis displayed that he and Na’Vi find themselves chasing now.

“We have goals to win more major and more trophies, because there’s one team who won four majors, and we definitely want to win at least two or three,” s1mple said.

Na’Vi have started their chase of Astralis slowly, with back-to-back best-of-one losses in their BLAST group stage. Fittingly, the second loss was in overtime on Mirage to Astralis. To reach the BLAST Spring Finals, they’ll have to defeat Liquid, NiP, and OG in a row. But they lost their first two maps of 2021 as well, and we all know how that went.