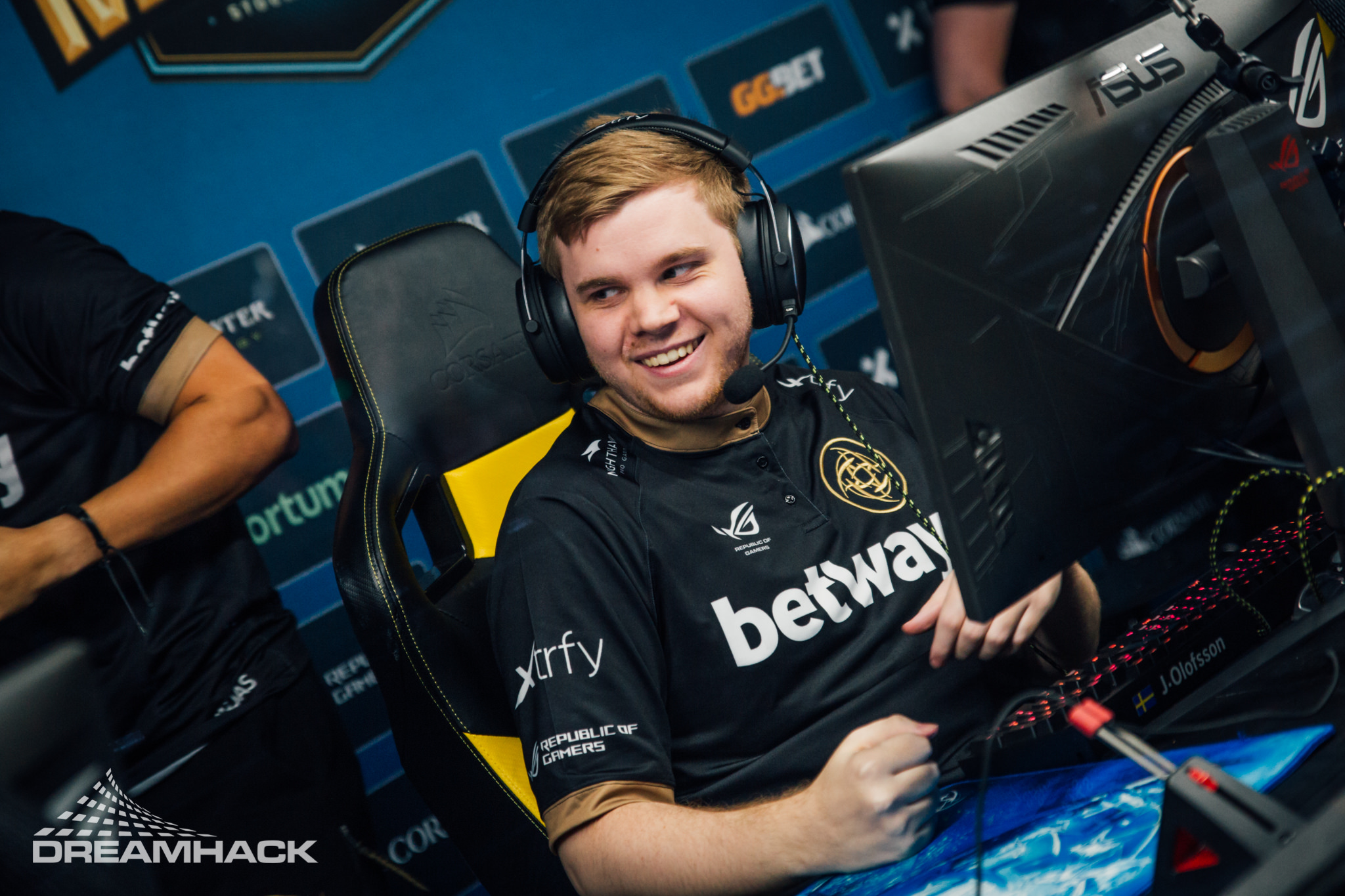 Ninjas in Pyjamas’ path through this Valve Major cycle is one of redemption, and they’re continuing their story into the next stage of FACEIT London.

The Swedes swept the competition in the first stage of the Major with a 3-0 record, defeating Virtus Pro, TyLoo, and Astralis. Against Astralis, who’s regarded as the world’s best at the moment, they won in quadruple overtime 28-26 on Mirage. This earned them a spot in the New Legend stage next week, among some of the world’s most prestigious teams.

Dot Esports talked with Jonas “Lekr0” Olofsson prior to the start of the FACEIT London Major on Sept. 4, touching mostly on NiP’s road to the FACEIT Major—the organization’s first since 2016.

Thinking back to DH Stockholm last week, you had a good run and you almost beat Astralis on Mirage in the semifinals. What are your thoughts on that run overall and do you think the result would’ve been much different if you won Mirage before Nuke?

Lekr0: Yeah, I think we’re happy making it to the semis, just result-wise. I think it’s a good placing, but I think we’re still disappointed we could’ve gone further or at least taken a third map [vs. Astralis], since Mirage we should have won, and Nuke you never know what happens if we didn’t throw the Mirage game so hard. Maybe we would’ve had more focus going into the second game. But Overpass is our best map right now, and I think we would have put up a good fight on it.

It’s been a couple months since you’ve joined NiP, so how comfortable are you in NiP’s system compared to Fnatic’s?

I think it was pretty easy fitting into the team. In the beginning, I was entry-fragging though, so it was simple. I just had to focus on going first, entries, and stuff like that. Now, being the in-game leader, I have to change my approach a lot, like either jumping first angles for the entry-fragger or supporting with nades and stuff like that. It’s a lot different than before. I prefer playing in this style because it’s more organized than much random moves, usually to gain control like what everyone is doing.

In Fnatic, it was more random depending on what someone is feeling that day. Maybe they feel like going aggressive and stuff like that and the next day they don’t wanna. It was hard thinking how to play.

Going more on you as an IGL, how much has that affected you as a player? Are you fragging less, focused more on teammates than yourself, etc.?

When things are going good, it’s easy to do my thing and focus on fragging. But when things are not working out, then I have to focus on solutions like anti-stratting opponents, so that’s usually when I lose myself I would say. It’s usually on the T sides that are the worst [and] harder to frag [on], because I have to think about a lot of things, but I don’t have any excuses on the CT sides. That’s all on me if I were to frag less.

How much do the veterans, like GeT_RiGhT and f0rest, help you out in that respect [IGLing/playcalling]?

Usually, I always have full control. So I say yes or no, I take their input, and then make the final call. They always come with good input. I think it’s usually dennis and f0rest coming with the plans and stuff like that. It’s easier to call when you have players like that, when they have suggestions and stuff to do, and you can easily just go with it if they have a good read on what the opponents are doing on one side of the map. Then you can just use that to your advantage. So it’s good having these players around me.

How relieving was it for you to help NiP qualify? GTR and f0rest hadn’t been in a major since 2016, so we can imagine it was an emotional time for them as well.

For me, it meant a lot. I wasn’t really nervous until the final game against ENCE. I always felt like we had the [EU] Minor in our hands. I think we were prepared and stuff like that. I wasn’t nervous. But until the last game against ENCE, I’ve never been [more] nervous. It didn’t affect me in-game, but I think it was then I realized how close it actually was. It meant a lot to me and the whole team.