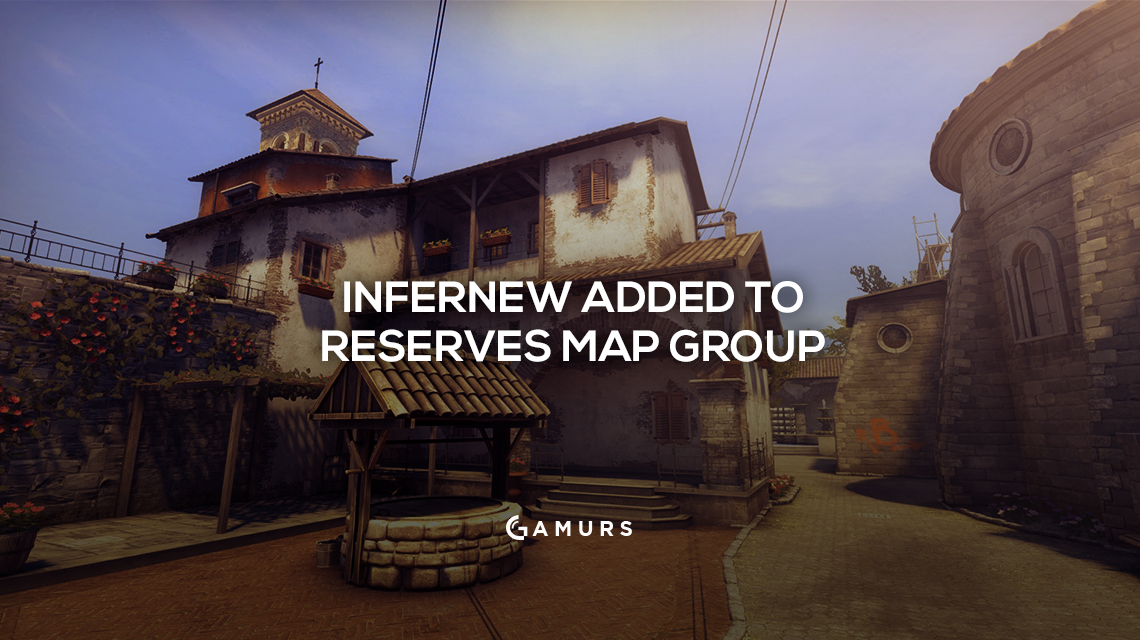 de_inferno, otherwise known as Inferno, has officially been revised and added to the reserves map pool in Counter-Strike: Global Offensive.

Over the course of the past week, the community has been experimenting with possible bugs and glitches within “Infernew” that are constantly being worked on by Valve. Valve kept three main stakes in mind while working on the gloried map. In their Counter-Strike blog, Valve stated that they wanted to:

With a new Inferno in the reserves map pool, this could allow for more bug-fixing in time for the next major hosted by ELEAGUE. My optimism hopes that Infernew will replace the reworked “Newke” (de_nuke) because of how much audio optimization is needed to properly determine where enemies are.

They widened many of the bomb lanes to allow the map to have a more balanced feel and to make it less “CT-sided.” Additionally, visibility is not as much of an issue as before due to the amount of sunlight added to each bomb-site and walkway. The vibe of the map also went from “dreary Italian neighborhood” to “Italian tourist hotspot.” Overall, I think Valve really outdid themselves with the amount of detail that they put into remaking the fan-favorite map of bells and chickens.

What do you think of the addition of Infernew into the reserves map pool? Let us know your thoughts below or with a tweet @GAMURScom