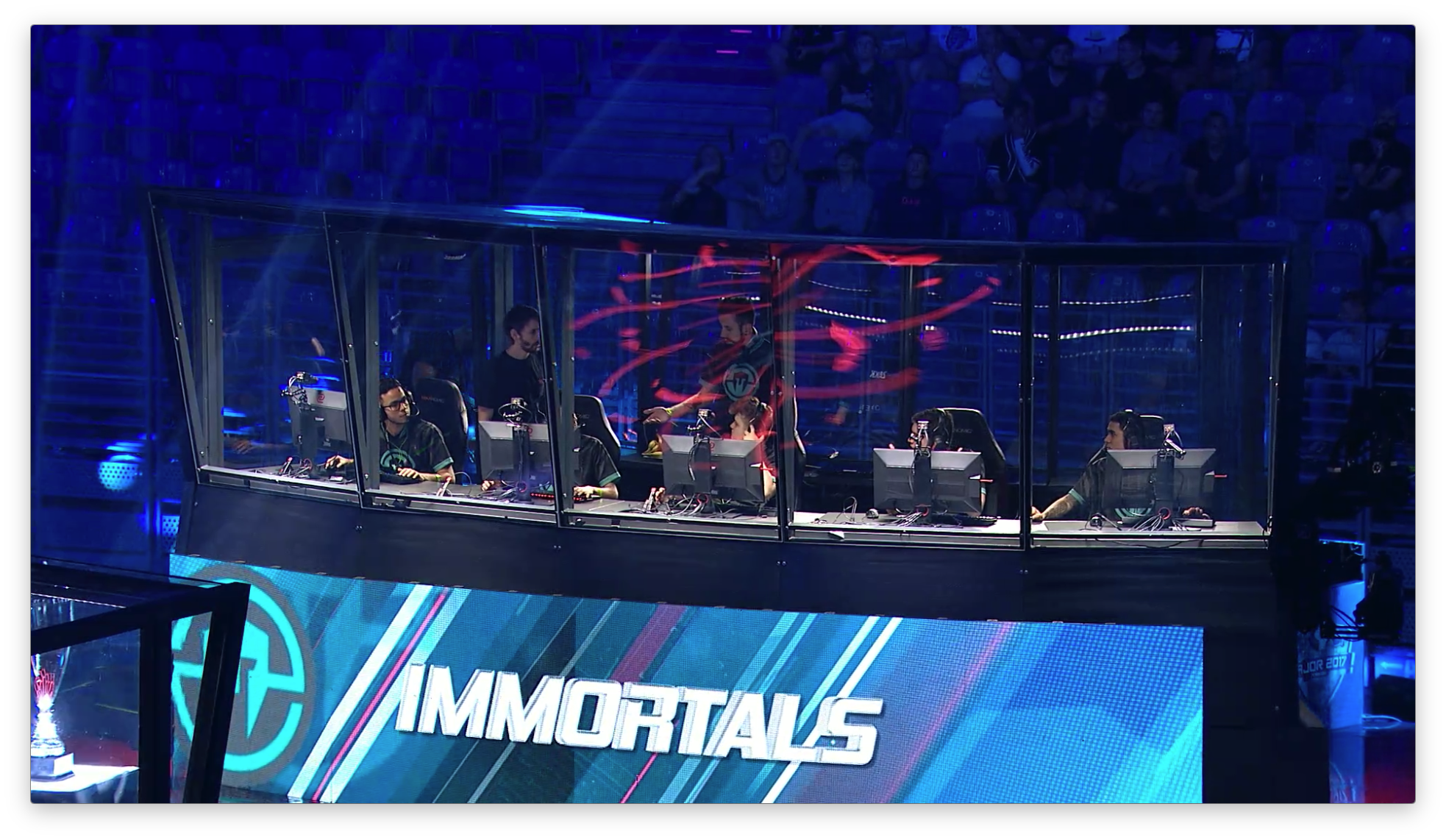 The first day of the PGL Major playoffs in Krakow, Poland ended with a set of Brazilian players going onto the semifinals. But for the first time this year, it isn’t SK Gaming—it’s Immortals.

In their match against BIG, Immortals chose Cobblestone as their map, but they mistakenly didn’t ban Inferno, which was BIG’s best map in the group stage. Consequently, BIG picked Inferno and Immortals made Train the decider map.

BIG tried to set the pace early on as Terrorists, but Immortals shut down a majority of their executes with fundamental retakes and several sets of consecutive impact frags to go on a round streak. The first half of Cobblestone ended with Immortals having a comfortable 12-3 lead.

The second half was a bit more forgiving for BIG thanks to strong site holds, and they bounced back on the Counter-Terrorist side to close the deficit. Immortals inched closer to match point, but the Germans kept fighting until they tied it 14-14. Both teams then traded rounds to force overtime.

Immortals executed their way to a 2-1 score after the first set of rounds. Although they were down in overtime, BIG came back and broke the Brazilian economy at 18-17 to finalize the score to 19-17. Nikola “LEGIJA” Ninic dropped a crazy 35 kill bomb in BIG’s first map win.

Immortals swayed Inferno in their favor with exceptional Counter-Terrorist aggression, leading 7-0 early on. BIG responded with only two rounds of their own, as Immortals easily ended the first half 13-2 with smiles on their faces.

BIG showed some signs of life in the second half with good Counter-Terrorist round wins of their own, but Immortals managed to end the map in a confident and convincing fashion at 16-7.

With the final map of the day being played in an empty stadium, BIG and Immortals split the initial six rounds, until BIG shattered Immortals’ Counter-Terrorist economy in pivotal rounds. Their money eventually recovered and they held a slight 8-7 lead at the half.

Things started to look grim for Immortals after halftime when BIG won five defenses in a row after the pistol round. Despite being down 13-10, the Brazilians recovered to make the score 14-14. To end the map, Immortals dismantled BIG in two anti-eco situations to reach 16-14 and defeat the German powerhouse 2-1 in the series.

Both teams totaled seven knife kills by the end of the match, in attempts to make a statement of banter towards their opponent mid-match.