Setting up a one-vs-one lobby can be difficult in CS:GO, unlike other games such as Fortnite and League of Legends. Valve changed the game’s user interface at the beginning of 2019, which was a nice way to simplify things. But it also made creating private lobbies even more difficult than it was.

Setting up a one-vs-one match can be useful for numerous things. It can help you end a feud you got into while playing ranked or can be used to teach your friends the ropes of CS:GO. They’re also a great way to warm up with your duo before hopping into a competitive match.

Here’s how you can set up a private lobby in CS:GO to one-vs-one against whoever you want.

Though they may not be written, one-vs-one matches have certain rules. If you’re the one who’s creating the lobby, it’s advised that you let your opponent know about the rules of your match. Following commands ensures a clean match and automatizes most of the process.

If you want to avoid typing these into your console every time you create a one-vs-one lobby, we recommend creating a cfg file that you can execute within the game once you create your lobby. If this is the first time you’re hearing about cfg files, you can check out this guide or refer to the following screengrabs. 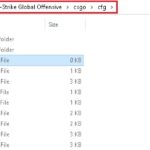 Before inviting anyone to a one-vs-one, you should have a handful of custom maps downloaded to create a lobby. Remember that your opponent will also need to have the same map as you. If they don’t have the map, they’ll be prompted with a warning to download it via the Steam Workshop, so it may take a few minutes for them to hop onto your server.

Aim maps tend to be the best candidates for one-vs-one skirmishes. If you feel like the options are overwhelming, do a quick YouTube search to take a look at the most popular maps.

To download a workshop map, press the play button located toward the left of the main menu and then click on “Workshop Maps” from the dropdown menu. You should see a button that reads “Visit Workshop” on the right, which will take you directly to the community hub. You can search for maps here via keywords or popularity. Subscribing to a map will automatically start the downloading process and add it to your Maps list. 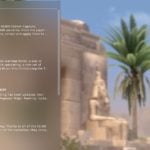 Now that you have your map ready, you can invite your opponent to your lobby. Once they join, select the workshop map you downloaded and click on “Go.” A small pop-up will ask you to pick a game mode. Pick competitive here to have the same ruleset as a competitive match and press “Go” again.

Before moving to the last step, enable your Developer Console by navigating to the Game Settings. 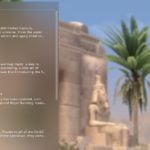 After you load into the map, activate the Developer Console to execute the cfg file you created in the first step. Simply type exec “the name of your cfg file” without the quotes to enable your commands and enjoy your one-vs-one match.

What are the best one-vs-one maps in CS:GO?

Finding the right map can turn into a struggle since each feature different elements in various map setups. But we’ve gathered some of the most popular one-vs-one maps within the CS:GO community to save you some time on research.

Sgt. Krex’s one-vs-one aim map can be considered as the golden standard since it’s the best one-vs-one map based on community feedback.

The map features a straightforward layout with a balanced setup. There are multiple obstacles and four high ground points. All boxes throughout the map are unbreakable 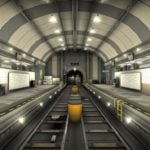 Classic CS:GO maps have a desert-ish vibe going on, which can get old at some point due to their similar color palettes. If you’d like something more modern and out of the box, you can try out Noodle’s Metro map. It’s set in a small underground station and the developer was thorough with all the details you’d expect in a real-life station.

This one-vs-one map only features a bunch of orange walls and a single ramp in the middle. Traiker’s map is the perfect choice for anyone with a simplistic approach. After all, you only need a couple of walls for a decent one-vs-one experience.