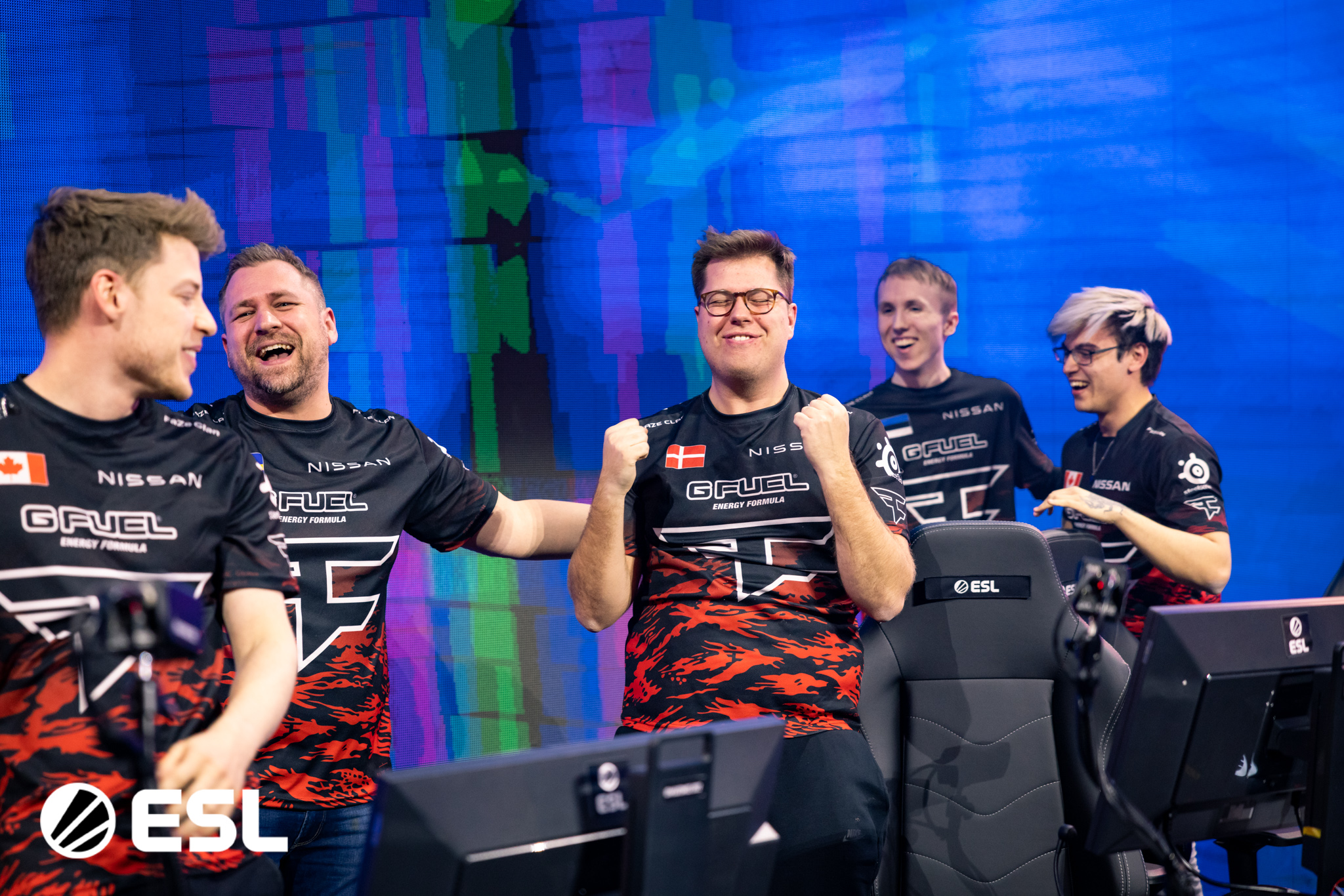 FaZe Clan are the champions of IEM Katowice 2022 following a hard-fought 3-0 victory against G2. This series is a must-watch for every CS:GO enthusiast in the world as both teams gave their best and delivered a true spectacle to the fans in Spodek Arena.

The first map of the series, Inferno, was in G2’s hands. They had an 11-2 advantage in the first half and several map points in the second half to close out the game, but FaZe fought back and took it to overtime after Robin “ropz” Kool pulled a fantastic ace in the 30th round to keep his team alive. On overtime, it was all FaZe. They took advantage of the momentum and closed it up 19-15.

FaZe dominated the first half of Mirage and could have secured the map way early, but it was G2’s time to give it all and avoid the defeat, taking it to overtime. It was the most tense map of the tournament as it went to a fifth overtime and G2 had their chance to tie the series, especially because Nemanja “huNter-” Kovač was on fire. He dropped 57 kills and played better than his cousin Nikola “NiKo” Kovač, the team’s superstar.

G2 had huNter-, but FaZe had Russel “Twistzz” Van Dulken and jks. Both of them played a key role in FaZe’s win and it was the latter who nailed the final nail on G2’s coffin as he beat Ilya “m0NESY” Osipov and Aleksi “Aleksib” Virolainen in a one-vs-two clutch on the B bombsite to close out the map 31-27 in favor of FaZe.

Many fans across the world thought G2 would give up after the effort on Mirage, but huNter- and company kept their heads up high in Dust II despite the disadvantage. The map was decided by the smallest details once again and it barely went to overtime, but FaZe was able to close it out in regulation this time, winning it by 16-14.

Both NiKo and FaZe’s Helvijs “broky” Saukants were topping the race for MVP before the grand finals, but after the series, it was more than clear that broky had the most impact. NiKo had an amazing tournament, but sadly for G2 fans, he finished with a negative K/D in both Inferno and Dust II. Broky, on the other hand, finished the series with a 95-80 K/D and was one of FaZe’s most impactful players behind Twistzz.

FaZe’s captain Finn “karrigan” Andersen was more emotional than his teammates after the series was done. After all, the veteran had been in two IEM Katowice grand finals before, but couldn’t bring the title home. “I should have won in 2018, but didn’t, now I’m fucking back and fucking winning this Katowice trophy,” the Dane said in tears, while the crowd was chanting his name.

With this defeat, G2 keep their grand finals curse as the organization hasn’t won a tier-one championship in CS:GO since DreamHack Masters Malmö in 2017. FaZe, on the other hand, has won its third big Counter-Strike tournament with a stand-in and showed the world that they’re here to contend for titles after an underwhelming run in 2020.