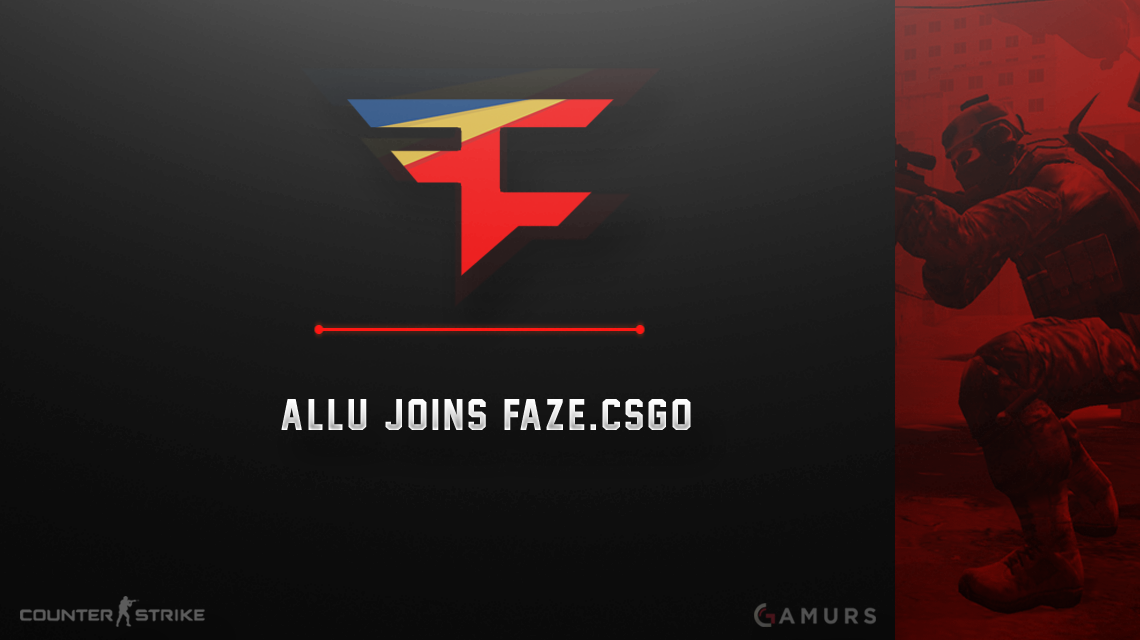 Allu is a Finnish player who played on Ninjas in Pyjamas when the team came in second at ESL One: Katowice 2015. He has also played for mousesports, along with his two periods on ENCE.

FaZe was able to acquire allu through the buyout clause in his contract with ENCE. The buyout price is undisclosed at the moment.

Allu and FaZe seem to have good hopes for the implementation of the new AWPer. The organization expressed its thanks to ENCE and excitement in its press release on Facebook. Allu also made a post on Twitter to express his enthusiasm.

I am very excited to start playing with such a talented group of players and to play under such a cool and massive brand. #FaZeUp

FaZe will keep fox in the organization as they begin to find out his future. In the meantime, ENCE will have Joona “natu” Leppänen fill in as the organization figures out the permanent roster, according to the post about the trade. Natu is also the marketing director for ENCE.

Also this means I’ll be playing for the next weeks including @ESEA Premier finals. My body is not ready – yet. #OneMoreTournament

As the trades keep coming in, how do you feel about this one? Let us know in the comments and make sure to follow us on Twitter at @GAMURScom to keep up with esports news and live coverage of events.