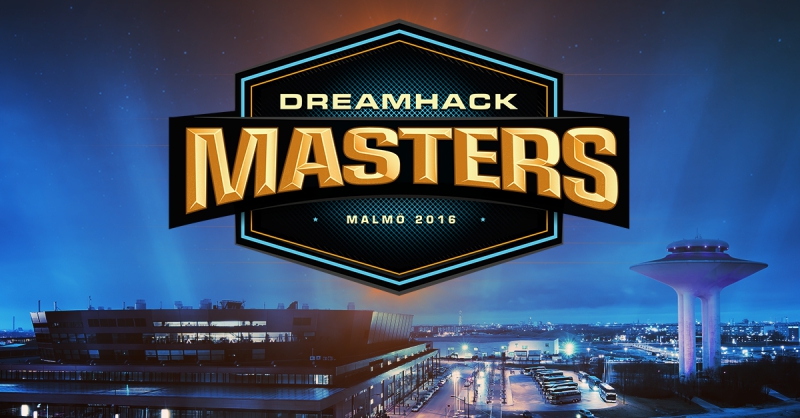 The playoffs at Dreamhack Malmo started off with Natus Vincere vs TyLoo, a nostalgic match between two legendary 1.6 orgs. The last time the two organizations met, TyLoo came out on top 16-6 in the IEM VI World Championship group stage. TyLoo came into the tournament an underdog but managed impressive upsets against Team Liquid and MLG Columbus winner Luminosity. They remained underdogs against Na’Vi. To stack the odds against TyLoo even more, Na`Vi superstar AWPer GuardiaN returned from injury to play in the playoffs.

Starting off on de_inferno, a baited B push on the CT side from TyLoo allowed for them to sandwich Na`Vi’s B site execute, allowing them to start off with the 3-0 CT head start. With a bomb plant in the 2nd round, Na`Vi were allowed to suffice a great buy for the first gun round. Albeit, it was a bit shaky after winning that first gun round, as the second gun round had to come down to a 2v4 clutch win from riflers, seized and Edward. Even though they only had 2 players alive in the first 2 gun rounds, Na`Vi had broke the TyLoo economy. From then on, Na`Vi kept winning T rounds on inferno, making it 7-3 before TyLoo had to call a timeout to settle things back to where it should be. Sadly, though, TyLoo never recovered, only winning 2 of the remaining 5 rounds to end on a sad 10-5 CT half against the CIS giants.

TyLoo were able to rack up yet another pistol round to start off the T side, but a 3rd round half buy with saved armor and pistols from the last round in the hands of Na`Vi somehow stopped the furious TyLoo, gaining an 11-7 lead. With backs against the wall, TyLoo force bought, winning on a B execute. This, in turn, made Na`Vi also force buy, and a solid hold from both sides stopped TyLoo from regaining momentum on inferno. With the economy dwindling and a key round won by Na`Vi, TyLoo had enough money in the bank to force yet again. Trading rounds back and forth, Na`Vi would finally bow down to TyLoo, needing to eco at a 9-12 scoreline. The buck wouldn’t stop there for Na`Vi, as they pulled off the next 4 rounds cleanly to take de_inferno with a 16-10 scoreline.

Next up was de_mirage, a map the titans of CIS, Na’Vi, were famously known for. People have considered them to be one of the two best teams on de_mirage for a long time, next to their Polish rivals in Virtus.Pro.

The CIS side took the first pistol round. Next up, though, was the force buy from TyLoo, and Na`Vi barely scraped the round win after a nail biting 1v2 clutch from seized. But, after that round from TyLoo, things seemed to never go their way. Na`Vi rolled their way to a 13-2 scoreline on T side. Every time TyLoo had the man advantage on CT side (4v5, 3v5), someone on Na`Vi would keep getting a string of frags the next moment and the table would turn in the favor of Na`Vi. With international stage pressure and being down a huge scoreline, TyLoo never recovered. After winning the pistol round and the ensuing 2 rounds afterward, TyLoo would bow down to a 5-16 scoreline.

The next quarterfinal would be a classic rivalry between EnVyUs and Dignitas. Since the start of the year, EnVyUs were the favorites in every match against the Danes, winning the majority of their matchups online and on LAN. This time, the EnVyUs lineup would be in turmoil, having gone out in last place in both the Counter Pit League S2 Finals and the MLG Major Championships 2016. Led by MSL the IGL and k0nfig the star player, Dignitas made it out of their groups in first place, upsetting eliminated rivals Astralis.

Starting off on de_inferno, the CT side would win the pistol round, this time manned by Dignitas in a 2v4 bomb plant situation. With EnVyUs seemingly already tilted, they force bought in the 2nd round (when ideally, you should save for the 3rd round rifles), and lost that in humiliating fashion. With Dignitas up 3-0, the ensuing 2 gun rounds would go in favor of the EnVyUs side.

A 1v5 ninja defuse clutch from Kjaerbye saved Dignitas and gave them a 2 round lead. With EnVyUs having technically “saved” 4 guns from that round, they took the next round and forced Dignitas on an eco. After Dignitas won two rounds after the save round to take it to 4-6, EnVyUs still had a strong economy, and littered all over Dignitas’ economy with a strong execute to make it 5-6. A virtuous cycle went in favor of Dignitas after that 5th round loss, as they strung the remaining 4 rounds for a 5-10 scoreline on CT side.

EnVyUs found their former selves on de_inferno. Winning the pistol rounds and already having gained 5 rounds to tie it up at 10-10, a 1v3 from a griddled Kjaerbye tried to turn the tide for Dignitas. The EnVyUs side immediately broke the economy of Dignitas right after that momentum bringing clutch, and Dignitas only gained 1 more round as EnVyUs’ strong CT side won them the first map 16-12.

Dignitas never seemed to gain a foot on T side at all in the series. EnVyUs crushed them on de_mirage with their stellar CT side (once again), winning by a huge margin. It had taken Dignitas 9 rounds before they got a single T round, but it was too late. EnVyUs took the series in 2-0 fashion with a 16-8 win on de_mirage, as Dignitas got the majority of their CT rounds when it was too late for a comeback.

With a monstrous performance from EnVyUs’ kennyS, has the man returned to his former self? Has EnVyUs finally solved their problems?

Next up: GODSENT vs mousesports. The Swedish side, a player made organization backed by a mysterious investor, is led by pronax. Originally created as Ancient, the team was made due to the fact pronax left fnatic just to play with friends. So far, the side has looked good, winning a local LAN with a ~$14k 1st place prize and making it out of the groups in Malmo. For mousesports, the German side led by Bosnian star + mouz IGL NiKo, has had their ups and downs. Going out in the major to a weakened NiP and having a underperforming ESEA/ESL Pro League Season to qualifying for LANs like Malmo, mousesports also had an underdog performance like that of GODSENT, upsetting Luminosity to take 1st in their group.

Starting off on de_cache (mouz’ pick), the mouz side on CT and GODSENT on T, things would kick off with an entry 3k from chrisJ’s USP-S onto the GODSENT side, securing the first 3 rounds for mouz. GODSENT managed to end the half with 7 round wins after being down 0-6. With the sides switched, the Bosnian monster NiKo suddenly woke up. It definitely seemed to have boosted morale for mouz and tilted the GODSENT side, as mouz would go onto win the remaining rounds on de_cache to take the map by storm, 16-7.

Onto map #2, de_inferno (GODSENT’s pick). With GODSENT starting on the CT side, things went similar to that of de_cache. Mouz, yet again, took the pistol with dominant force and then the next 4 rounds. As the stories go, GODSENT were supposed to lose the 6th round, too, but they won it even when chrisJ got 2 kills in a 1v3 afterplant. GODSENT quickly went on a 8 round winning streak, but mouz pulled the last 2 final rounds of the half to make it 7-8 in favor of GODSENT.

On the 4th pistol round of the series, GODSENT finally won their first one. But, on the ensuing eco, mouz pulled it into a 2v4 in favor of them, but GODSENT’s znajder (formerly schneider) pulled the round back towards GODSENT with a sick 4k in a 2v4 situation. In the ensuing 2 gun rounds, mouz pulled it back, albeit the major contribution on the 2nd round being NiKo’s insane 3k AK-47 spray. After that 2nd gun round win, mouz never won another round. GODSENT took their map pick 16-10, leading to the first bo3 in the quarterfinals to go to all 3 maps.

The last map, de_mirage, honestly favored mouz. It would be considered one of mouz’ last sleeve map pick, whereas for GODSENT, it is one of their lesser maps (see: 16-0 Team YP vs Team Ancient). The pistol round and the following round (which GODSENT eco’d instead of forcing) went towards mouz. But, on the 3rd round, a save round by GODSENT turned into win. Mouz would go on to win the force in an attempt to stop the tilt, but GODSENT would win their own force and make mouz eco to a 4-4 scoreline. In the following rounds, GODSENT went on a 6-1 run, where they got up to 7 rounds before mouz took 4 out of the last 5 rounds to make it an 8-7 CT half.

This time, on the second half, mouz took the second pistol round. Winning the following three rounds, the first gun round saw them doing a quick mid take into a connector/A site split, forcing the remaining 2 CTs to save. With GODSENT forcing on the 5th round, 3 entry frags by 3 separate GODSENT members secured them a 11-9 scoreline, but they would need to win more to break mouz’ economy. And, so they did. They took the next round flawlessly, and forced mouz onto an eco, albeit struggling as GODSENT let up the first 2 frags but still won the round. At 11-11, GODSENT would lose another 4v2 after plant situation to NiKo and Spiidi on the A site which gave mouz the 12th round and the lead. Force buys would continue to trade back and forth from both sides in the closing rounds of the series, but GODSENT, under the lead of a 30 bomb from Lekr0, made it 14-13. On the 29th round, after 3 straight entries from GODSENT, NiKo attempted to bring back the round with 4 straight kills to bring it into a 1v2 situation in favor of mouz, but znajder’s 1v2 clutch in return tilted NiKo, making him think, “WHAT MORE CAN I DO?” On the last round, it went down to a 4v2 for GODSENT on the B site, but a 2k spray transfer from znajder and a 1v2 clutch from pauf secured the game 16-13 for GODSENT.

In a game where it came down to many key rounds and clutch situations, the Swedish Vikings and the home crowd came out on top against the foreigners from Germany. The underdogs had beaten mouz in front of the home crowd, and will return tomorrow to face the winner of fellows Swedes NiP or the Polish dynamites in Virtus.Pro.

NiP vs. Virtus.Pro was not covered but ended in favor of NiP. Find updated brackets here.