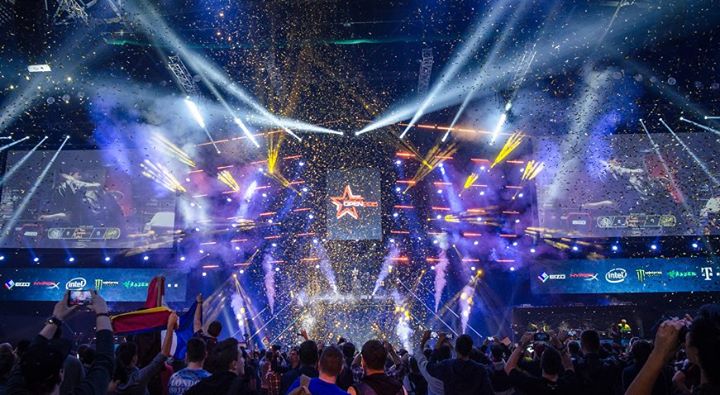 DreamHack hosted their next big thing, together with PGL (Pro Gaming League): A Counter-Strike: Global Offensive tournament with a total prize pool of $250,000 USD for sixteen of the world’s best teams. The event took place in the Sala Polivalent? sports arena in Cluj-Napoca (Romania) with 10,000 seats for fans. From October 25th to November 1st, the tournament commenced and Team EnVyUs eventually took home first place and $100,000 in winnings.

The biggest indoor arena in Romania offered visitors a lot of different games and things to do. They would find a streaming area, raffles and competitions, PGL Adventure, and gaming merchandise for Valve games CS:GO and Dota 2. Visitors could also buy League of Legends and Minecraft merchandise. In addition to the international DreamHack events, the Romanians held their national championships this weekend in Hearthstone, League of Legends, and Minecraft.

The sixteen CS:GO participants were split into “Legends” and “Challengers” (those who were invited based on past success and those who qualified via online tournaments). The Challengers were quickly taken out; none of them made it through the group stage.

The playoffs started on Saturday with Team EnVyUs winning against Fnatic with a 2:1 map count in the quarter-finals. Afterward, Virtus.Pro lost against G2 Esports 0:2. In the other games, Team Solo Mid was taken out 0:2 by Ninjas in Pyjamas and Natus Vincere took out Luminosity Gaming 0:2.

The first semi-final match began with a victory for G2 on dust_2 with 10:16 over the French EnVyUs squad, who then came back on de_inferno. It was a map with three overtimes, ending 25:21 in favor of EnVyUs. The last match on de_cache was taken 16:07 by EnVyUs.

The final was chosen: nV vs Na’Vi. The first map, de_train, was more than close, because nV overtrumped with two rounds at 16:14. The second map, de_cobblestone, was taken as a 16:05 victory for the French, making the shot caller Vincent ‘Happy’ Cervoni and  Team EnVyUs the champions and the current best-performing Counter-Strike team. As a little extra, they took home a total of $100,000 USD.

Places 9-16 did not make it into the playoffs.

Now is there time to relax for DreamHack fans? The next DreamHack event is coming up at the end of November in Sweden. Shortly after this is the last DreamHack of this year in Moscow from December 5-6th. The events will cover multiple tournaments in different games.