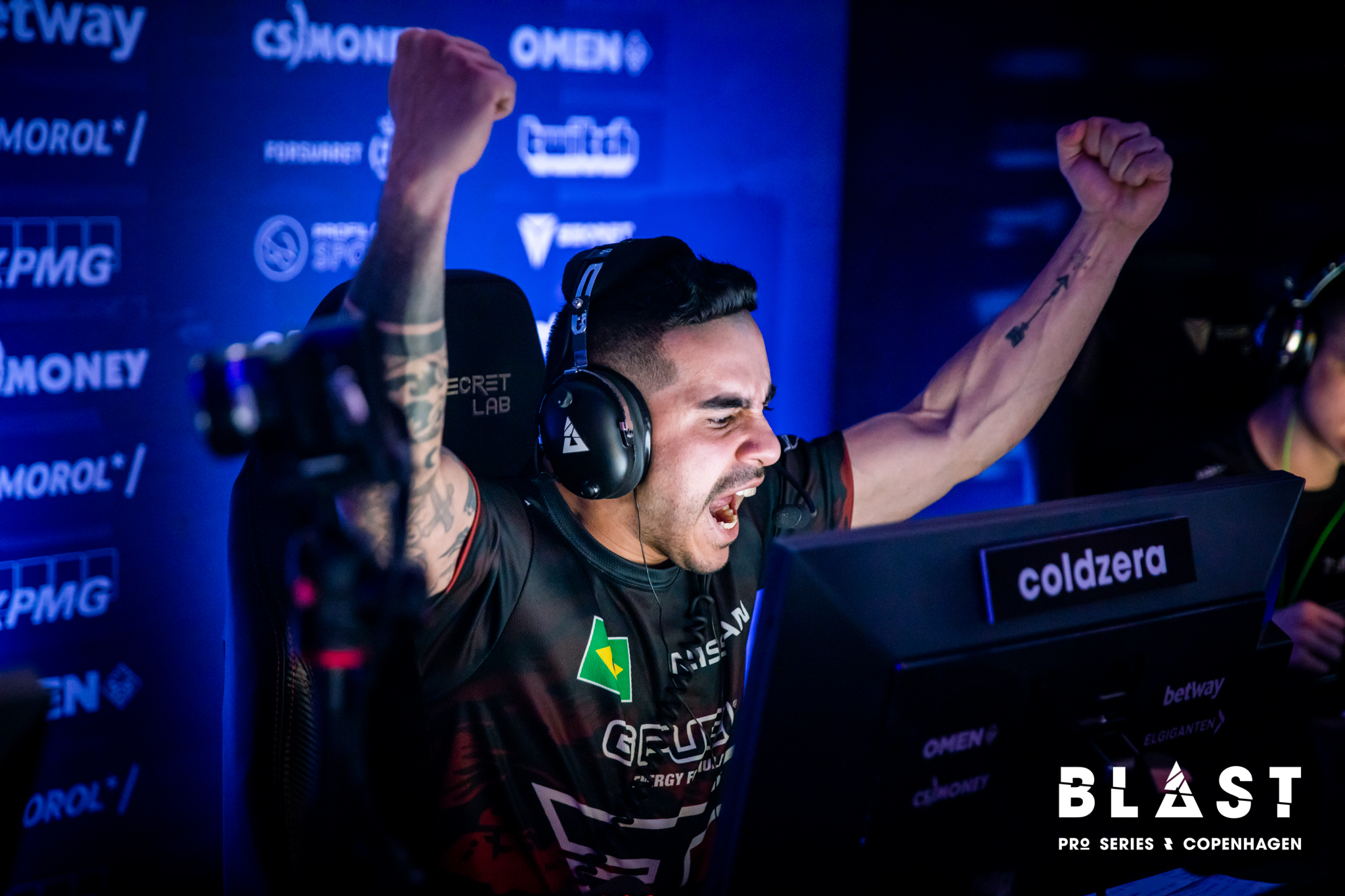 Coldzera had a great showing against his former team in his first CS:GO series as a stand-in for Complexity, defeating FaZe Clan in two maps to open Group C play at BLAST Premier Fall today.

Starting out on Nuke, coldzera had a quiet first half to kick off his tenure on Complexity, but a stellar showing from poizon on the AWP gained the team a slim 8-7 lead after their T-side. Jks’ stellar 4k to end the first half fueled a blistering start to the Complexity CT half, as the Aussie rifler notched nine kills in the first four rounds of the second half. Then he won a one-vs-one against Twistzz, using the clock to his advantage, to increase the Complexity lead to 13-8. After a close first half, Complexity crushed the FaZe T-side in the second, only giving up one round with coldzera securing the final two kills, and taking their Nuke pick 16-6.

The first half of Ancient was another close, back-and-forth affair with coldzera joining the heavy hitters from map one (jks and poizon) at the top of the scoreboard for Complexity. But the three of them had to contend with a great showing from FaZe’s broky, and like on Nuke, Complexity took just an 8-7 lead at half-time into the second half.

But even as FaZe took a narrow lead to start their CT side, Complexity rallied back with a string of big T-side rounds, with es3tag stepping up alongside his teammates. FaZe kept it close, however, with a huge 3k from a hidden rain, tying the map at 14-14. Coldzera took on his familiar replacement in olofmeister in a huge one-vs-one, which olof won to put FaZe up 15-14. But blameF called a brilliant lightning fast B take to send it to overtime.

Complexity busted out the same strat successfully to start out overtime, then changed course by rushing into the A site to catch FaZe completely off guard. In their final T-side OT round, they slowed down and burned the clock before executing onto B but couldn’t get past Twistzz and his M4. After swapping sites, FaZe were able to take B in their first T round but were caught off guard by a lurking coldzera, and despite some great entries from Twistzz the next round, he couldn’t win a low-health one-vs-two, as Complexity closed the series out 2-0 with a 19-16 win on Ancient.

Coldzera is standing in for Complexity at this event while k0nfig recovers from his wrist surgery after moving himself to the FaZe Clan bench in June. Following this, Dot first reported that FaZe would be using the veteran olofmeister “on a more permanent basis” going forward. FaZe’s first couple of results since then have been mixed, with a semifinals appearance capping off an impressive IEM Cologne run, followed by a group stage exit at ESL Pro League season 14.

Complexity faces a much tougher test in the next BLAST match, when they face s1mple and the reigning ESL Pro League champions/IEM Grand Slam winners in Natus Vincere. Whoever wins that series will secure a spot at the BLAST Fall Finals.