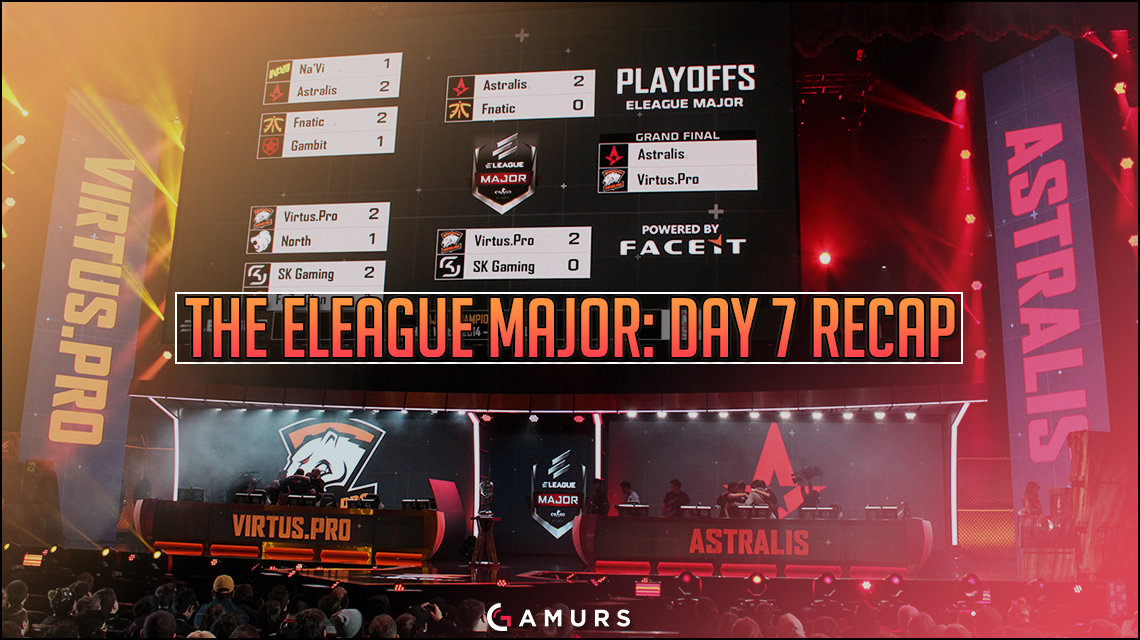 The seventh and last day of the ELEAGUE Major has drawn to a close, and with its culmination we now have a new world champion crowned. Virtus.pro and Astralis put on a great show at the Fox Theatre in Atlanta, as they each battled for the Major championship. Without further ado, here are your scores for the final day of the ELEAGUE Major.

The Grand Final – Astralis vs Virtus.pro

Virtus.pro’s map pick was first to be played in the Final, where they eventually won the recently-renovated Nuke after a very close affair for the majority of the match. The turning point of the map game at the 12-12 scoreline when Virtus.pro were a little more than a full-eco, with Wiktor “TaZ” Wojtas’s CZ being the only investment from the Poles. Nevertheless, Virtus.pro managed to shut down Astralis’ full buy, which largely came down to a big 3k from TaZ while defending the A bombsite. After this round, Astralis couldn’t muster another win as Virtus.pro claimed the rounds needed to make their 16-12 scoreline.

Astralis proved too strong for Virtus.pro on Overpass, one of the Danish team’s best maps. They were up 9-6 by halftime despite starting on the less-favored T side. The Poles didn’t go down without a fight though, and had a fruitful T side of their own. Ultimately however, it wasn’t enough and Astralis took the map 16-14.

Virtus.pro showed why they were once considered the greatest team in the world on Train, before SK Gaming claimed that title, in the deciding map. By halftime Virtus.pro were 9-6 up and had started on the disadvantaged Terrorist side. Despite their Train expertise, Virtus.pro allowed their 13-7 lead to be lost to the relentless Astralis who made the score 16-14 in a miraculous comeback on their T side, which featured some in-your-face A rushes that seemed to stump Virtus.pro completely. This led to a solid comeback victory from Astralis.

Astralis wins the series 2-1 and are youe ELEAGUE Major champions!

Did you expect Astralis to win the ELEAGUE Major? Let us know by commenting below or tweeting us @GAMURScom.