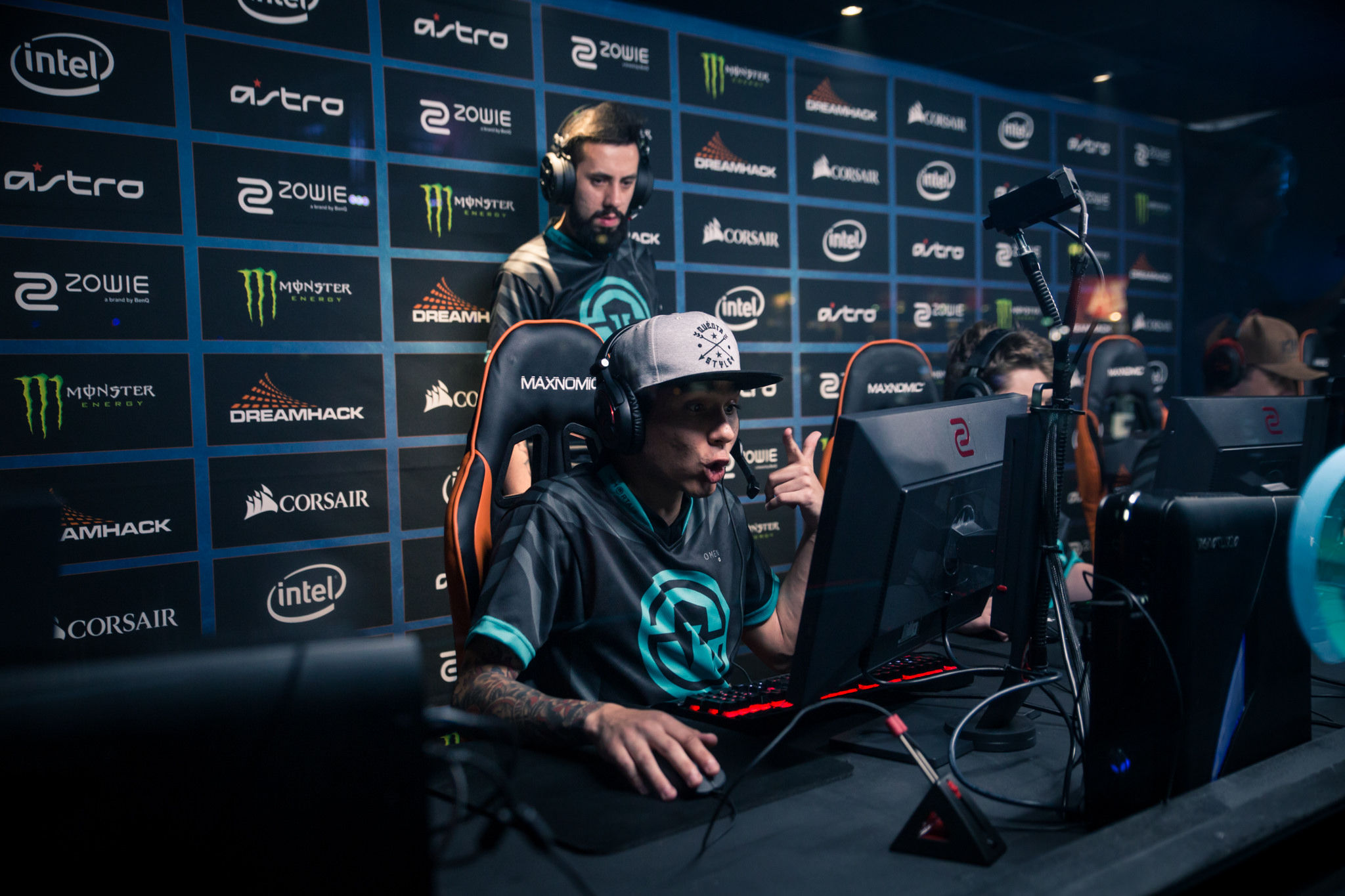 100 Thieves, the multi-esport organization that recently signed a League of Legends roster, has made a dramatic entrance into Counter-Strike by picking up a Brazilian lineup.

This means that KNg, HEN1, LUCAS1, and fnx’s contracts with Immortals have been bought out by the 100 Thieves organization. The former also holds true for BIT, who had been benched by TeamOne on the same day as LUCAS1’s Facebook announcement in October. His benching was the result of LUCAS1’s update regarding the status of their team.

Since then, the Brazilian lineup has been negotiating with prospective organizations, which they’d represent as Legends at the Boston Major in January 2018. Every present 100 Thieves player, with the exception of BIT, was either sitting on the Immortals bench or terminated because of varying reasons unrelated to CS:GO. Fnx was removed from the roster in May due to internal issues, kNg’s contract was terminated because he competed while under internal suspension, and HEN1 and LUCAS1 asked to be benched because they refused to compete for Immortals without kNg.

Related: Former Immortals trio to team with fnx and bit

Despite a rocky year for the Brazilian players, they managed to keep their Valve Major Legend status, since they retained three players from the original Immortals lineup that placed second at the PGL Major in July. 100 Thieves will also have its own in-game cosmetic sticker that can be purchased when Valve releases the Boston Major capsules.

The newly formed 100Thieves roster can be seen for the first time in offline competition on Jan. 19 at the ELEAGUE Major: Boston.