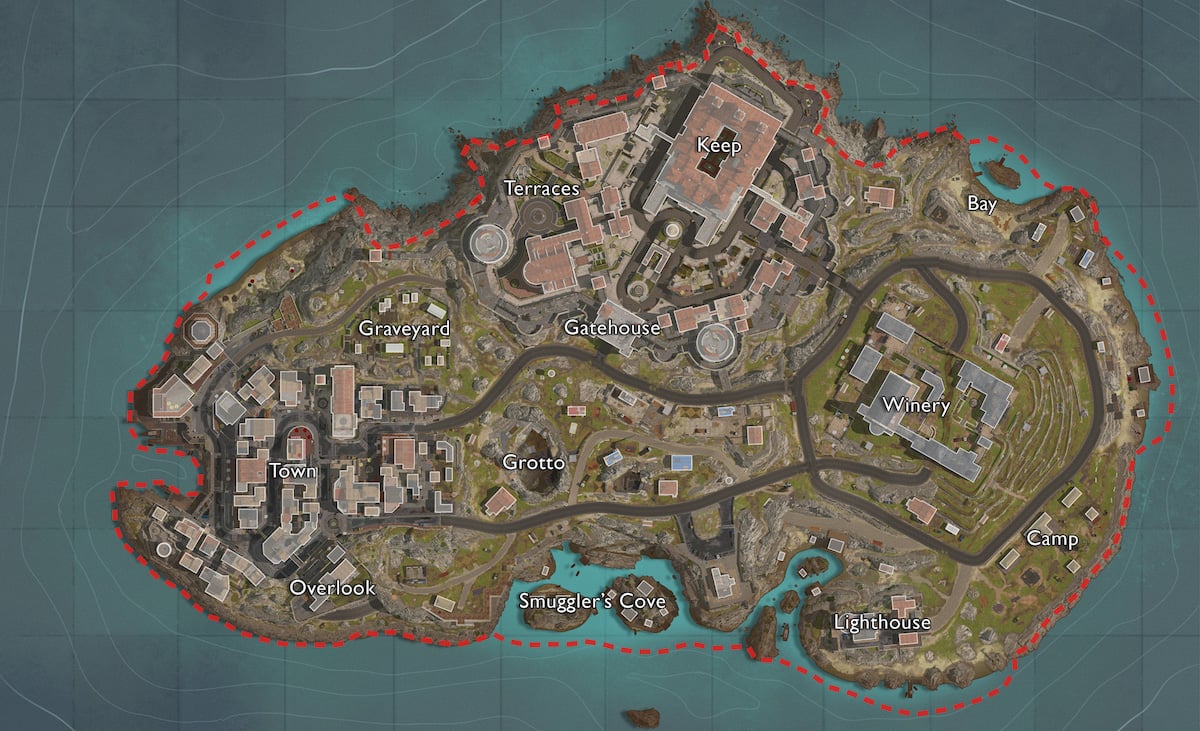 Warzone’s fourth season, Mercenaries of Future, went live on June 22, and there is a lot of new content to explore. New changes to Caldera, new weapons, and challenges are all available in the game, alongside the latest map, Fortune’s Keep. Despite featuring different looks, all Warzone maps share certain technicalities.

Some landing spots will be more popular than others based on their locations or the available loot in their perimeters. The best drop locations tend to be hot spots that feature the highest number of players on the map at the beginning of a match.

While you can use the following information to visit the most popular places on the map and check out the competition, you can also decide to avoid these locations and take them slower to increase your chances of survival.

Keep’s the largest landmark on Fortune’s Keep. It features a beautifully designed, gigantic building that offers a great gunplay experience.

Surviving the Keep will often depend on finding a weapon as fast as possible. Considering the landmark’s characteristics, an early SMG pickup can boost your chances of making out the Keep alive.

The Town is one of the more dangerous points of interest on Fortune’s Keep. Its wide nature and building structure give players a chance to hide and hunt down others.

There’s enough loot in the location for multiple squads. Though you can always take the fight to other parties in the location after gearing up, leaving the Town will also be another option after looting a few houses to make sure you make it to the final circles of the match.

The winery can be considered the final member of the big three. Compared to Town and Keep, it’s slightly weaker in terms of loot, but there will be a squad or two everywhere in the landmark.

Located on the east side of the map, this landmark features cellars and large buildings. Considering Winery’s location, hunting down Keep’s and Bay’s survivors will be a valid option since you’ll have a positioning advantage in most cases.

The Bay is mostly preferred by players who’d like to drop in quiet landmarks and survive through the early game carnage. The loot will be noticeably worse compared to the first three entries on our list, but that may not matter if you successfully take down a player or two during the mid-game.

There are underground tunnels in Fortune’s Keep almost everywhere. If you’re surrounded and can’t find any loot, making your way underground as fast as possible can save your life. Underground tunnels are also filled with loot and they can help players cover great distances.

The other landmarks on the map except for Bay, Winery, Town, and Keep can be visited in solo or duo games, but they’ll hardly have enough decent loot for a Warzone squad.