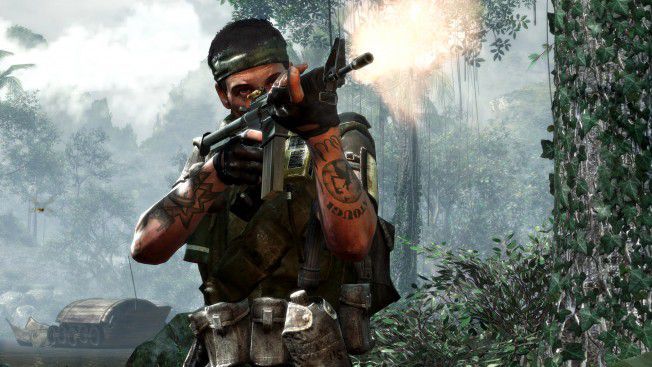 Call of Duty: Black Ops 4 was revealed on Thursday, and a lot of information was confirmed—but one of the biggest announcements was that there won’t be a single-player campaign mode.

Campaign has been a big part of Call of Duty’s history. Whether it was Alex Mason trying to understand what the numbers in Black Ops meant, or Captain John Price attempting to end World War III and kill Vladimir Makarov in the Modern Warfare series, campaign has had a soft spot in many fans’ hearts.

The single-player mode won’t be in the next installment of Call of Duty, however. Treyarch co-studio head Dan Bunting explained in an interview with Eurogamer that there was never going to be a Black Ops 4 campaign.

“Going back to the very beginning of Black Ops 4 development, we never had set out to make a traditional campaign,” Bunting said. “We always started from the place of, we’re going to make something different with this game that was going to be inspired by how our community was interacting with Black Ops III and the games over the years.”

The idea to not include campaign in Black Ops 4 received some expected backlash with some fans saying that the loss of campaign is even harder for casual solo players—especially with the new changes to make multiplayer more team-oriented.

When that statistic is taken into account, it’s clear why Treyarch wouldn’t have planned for a campaign in this year’s game. In an interview with Polygon, Bunting said that Treyarch’s audience has clearly embraced multiplayer.

“When I first started on multiplayer in the Call of Duty franchise, 10 percent of our population was playing competitive multiplayer,” Bunting said. “Fast forward to 2015 or 2016, you’re looking at 90 percent of our players are playing multiplayer… If you look at it through that lens, and trying to deliver more for your players and how you’re playing the game, it’s a pretty easy decision. I realize it’s also a challenging decision for other reasons. But we’ve never been ones to shy away from a challenge.”

To the fans who are worried about how all the changes in Black Ops 4 will affect their playing experiences, Bunting attempted to reassure them that this game is still Black Ops.

“I think change is always going to be hard for people,” Bunting said. “I would say to our fans, Treyarch has never let you down over the years. This is a studio you know is always going to deliver the best of the experiences you know and love, especially with the Black Ops series. We are delivering so much more of what players spend most of their time doing in our games in the series.”

With the changes in multiplayer, expanded Zombies content on launch, and the addition of Blackout, Call of Duty’s first battle royale game mode, fans should have a lot to look forward to on Oct. 12—the game’s release date.