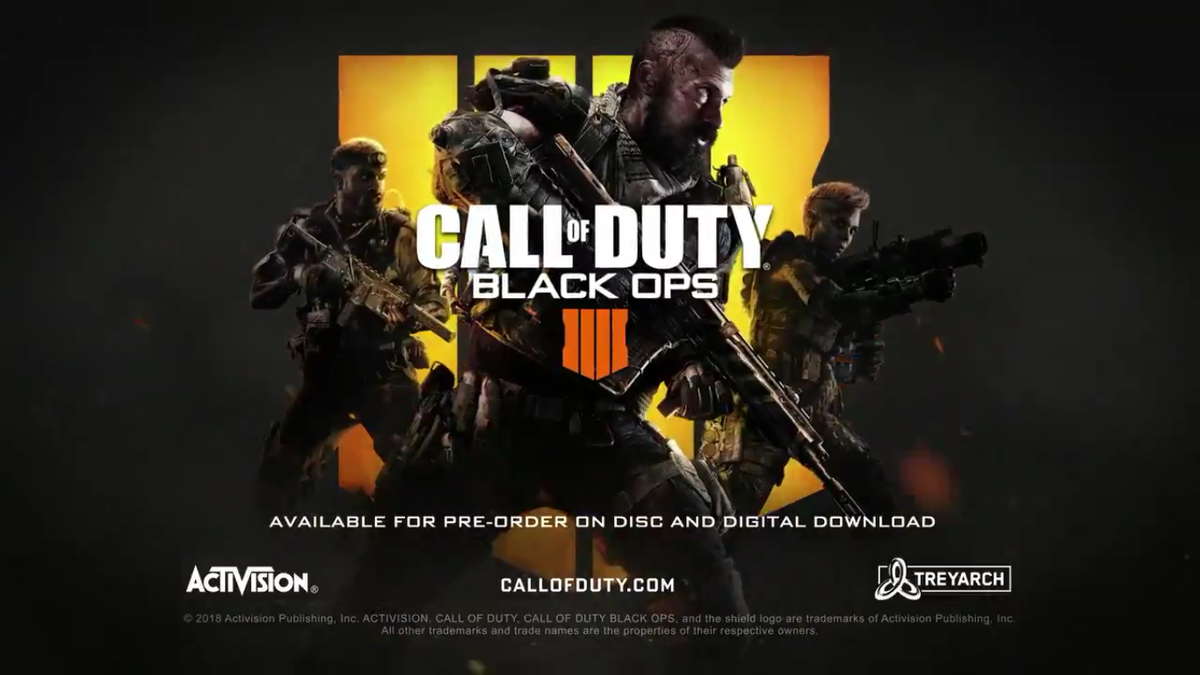 The slogan for the upcoming installment in the Call of Duty franchise has been, “Forget what you know,” and with today’s reveal event, we have learned some things to replace what we were told to forget.

Treyarch Studios’ Black Ops 4 will come a little sooner than its predecessors. Unlike many of the previous CoD titles, which were released in November, Black Ops 4 is coming to stores on Friday, Oct. 12, 2018.

The game will likely be a massive financial success—as are all Black Ops titles. With so many rumors surrounding Black Ops 4, it was on some key figures in Activision and Treyarch to set the record straight and show the franchise’s fans what’s in store come October.

One of the first things that was confirmed in the reveal event was the setting. Black Ops 4 is set in the time period between Black Ops II, which took place 2025, and the 2065 setting of Black Ops III.

As it is set between the two titles, Black Ops 4 will be a mix between them. The gameplay will be entirely boots-on-the-ground, meaning there will be no advanced movement such as thrust boosts and wallrunning. Treyarch wanted to take the fluid movements from Black Ops III, however, so players can have many of the same weapons and characters that they did in 2015’s title.

For the first time, a Call of Duty game will feature predictive recoil, a feature that makes each weapon’s recoil learnable and repeatable. This has been a big feature in Counter-Strike: Global Offensive because it’s designed to reward players for mastering recoil patterns.

Healing will also be different in Black Ops 4 thanks to the introduction of manual healing. Instead of the automatic health regeneration that CoD has been known for, players will now have to heal themselves manually just as they would reload a weapon.

A major feature in Black Ops III will be returning—specialists are back in Black Ops 4, with some familiar faces and new additions to the character pool. Ruin, Seraph, and Firebreak were just a few returns that were confirmed during the reveal, although some will have different abilities. Ruin, in particular, will have a grappling hook as one of his unique special abilities.

CharlieIntel also revealed that Black Ops 4’s multiplayer will now be five-vs-five instead of the traditional six-vs-six. The pick-10 create-a-class system will be returning, and a new selectable option called Gears will be introduced, according to CharlieIntel.

Competitive fans assuredly rejoiced when it was confirmed that League Play, a competitive playlist that debuted in Black Ops II, will return in Black Ops 4. With the new gameplay features that seem to be beneficial to the competitive community, League Play may be more entertaining than ever before.

Zombies is back in Black Ops 4—and the popular game mode is aiming to be bigger and better than ever. This starts with the release date, Oct. 12, when three maps are made available—a first in franchise history.

Zombies will undoubtedly be a favorite for fans, and maps IX, Voyage of Despair, and Blood of the Dead will be played countless times over.

There have been numerous rumors about Black Ops 4, but none have been bigger than the possible addition of a battle royale mode. The feature hadn’t been confirmed nor denied in the lead-up to the reveal event, but it has now been announced.

With the success of Fortnite and PlayerUnknown’s Battlegrounds, it comes as no surprise that Treyarch will introduce a battle royale game mode in Black Ops 4. Blackout will feature sea, air, and land vehicles, as well fan-favorite characters and weapons from previous Call of Duty campaigns and the zombies storyline.

This will be a year of firsts, so it’s fitting that Black Ops 4 will be the first CoD title released on Blizzard Entertainment’s Battle.net platform. The game director of Blizzard’s top game, Overwatch, Jeff Kaplan consulted on the title. This is to help gear up for what is being hyped as one of the best Call of Duty games on PC.

Black Ops 4’s reveal event delivered excitement for many. Fans can preorder the game now and get access to the private beta.