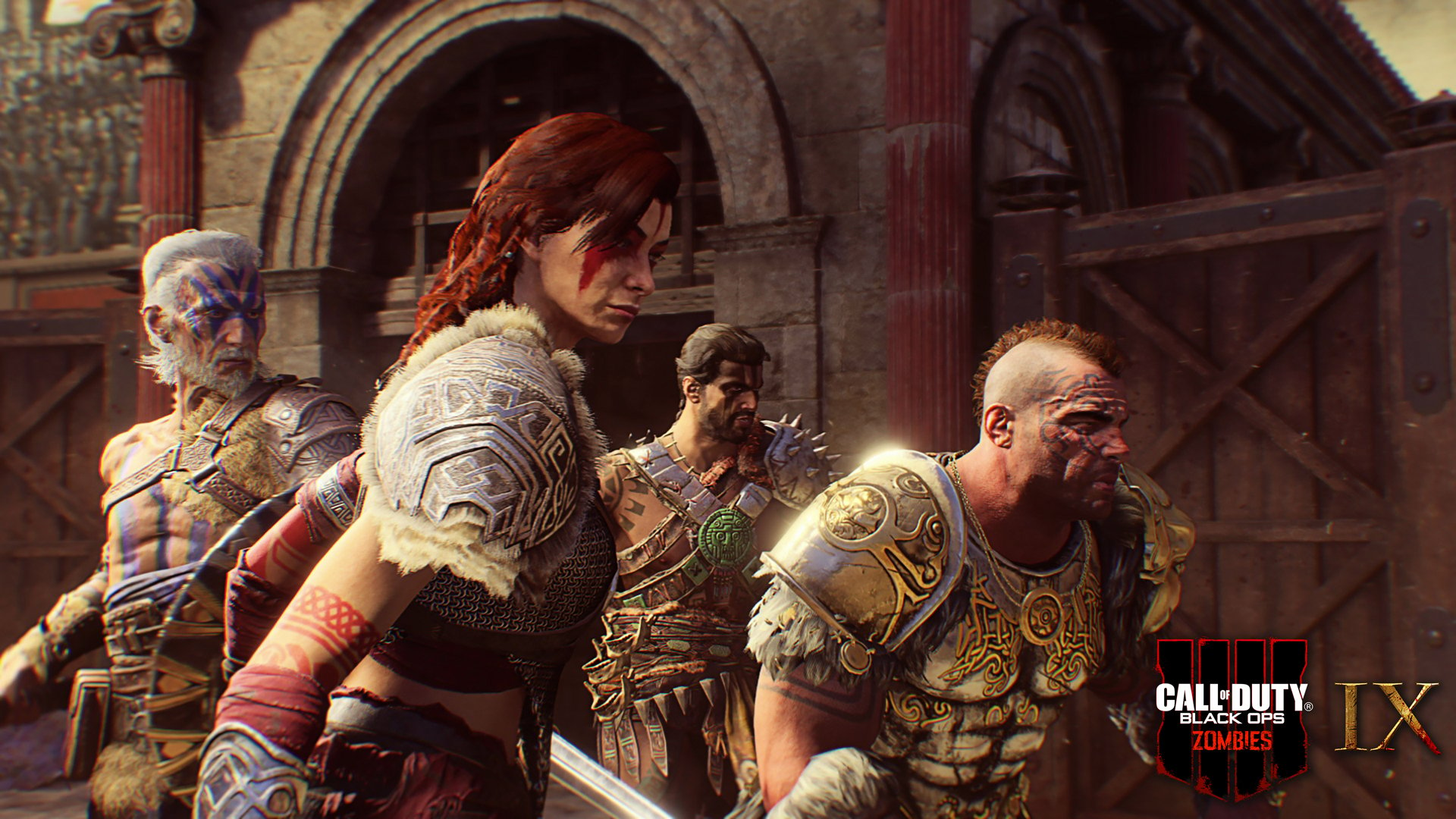 Treyarch is well known for delivering the best Call of Duty Zombies experiences each time it releases a new game—and so far, it looks like Black Ops 4 won’t disappoint.

The Call of Duty: Black Ops 4 reveal event took place yesterday, and Zombies fans learned a lot about what to expect from the popular game mode in the upcoming title.

Players will embark on a brand new story in Black Ops 4 Zombies with different protagonists and villains. And for the first time, three Zombies maps will be available at the launch of Black Ops 4—IX, Voyage of Despair, and Blood of the Dead.

The four new playable characters for Black Ops 4 Zombies are Charlotte, Bruno, Diego, and Shaw. In the IX trailer, these protagonists are huddled around a strange fountain that’s producing a mystical, green liquid or mist. This magic fountain seemingly allows the characters to travel back in time to different events in history, such as a gladiator pit in IX and the Titanic in Voyage of Despair.

The IX trailer also gives fans their first look at the new villain—an ancient order wearing gold masks similar to the Sons of the Harpy from Game of Thrones. The villain activates a mysterious artifact, which emits a dark energy blast and creates a yellowish dome—and anyone outside of this semi-circle is transformed into a zombie. It also seems like there will be a boss zombie in IX because the end of the trailer shows an insect-like zombie emerging from a chained-up person’s stomach.

We don’t know many specifics, but the trailers at least introduced us to the characters in the new maps, as well as the basic concept behind how the zombies in Black Ops 4 are created. And long-time Zombies fans were in awe when it was revealed that the popular map Mob of the Dead is being reimagined as Blood of the Dead in Black Ops 4—and it looks like the classic zombie-killing foursome from previous titles will be the protagonists for this remastered map.

From a gameplay perspective, Treyarch is introducing custom mutations to Black Ops 4 Zombies. Over 100 customizable options will be featured in the upcoming title in order to “evolve Zombies into an evergreen mode.” Black Ops 4 Zombies will also feature limited-time challenges named Callings, bot support so solo players can have an AI companion, and Zombie Rush, a new simplified game mode for first-time players.

This is just the tip of the iceberg, however—Treyarch plans to reveal even more details about Black Ops 4 Zombies later this summer. Call of Duty: Black Ops 4 will be released worldwide on Oct. 12.