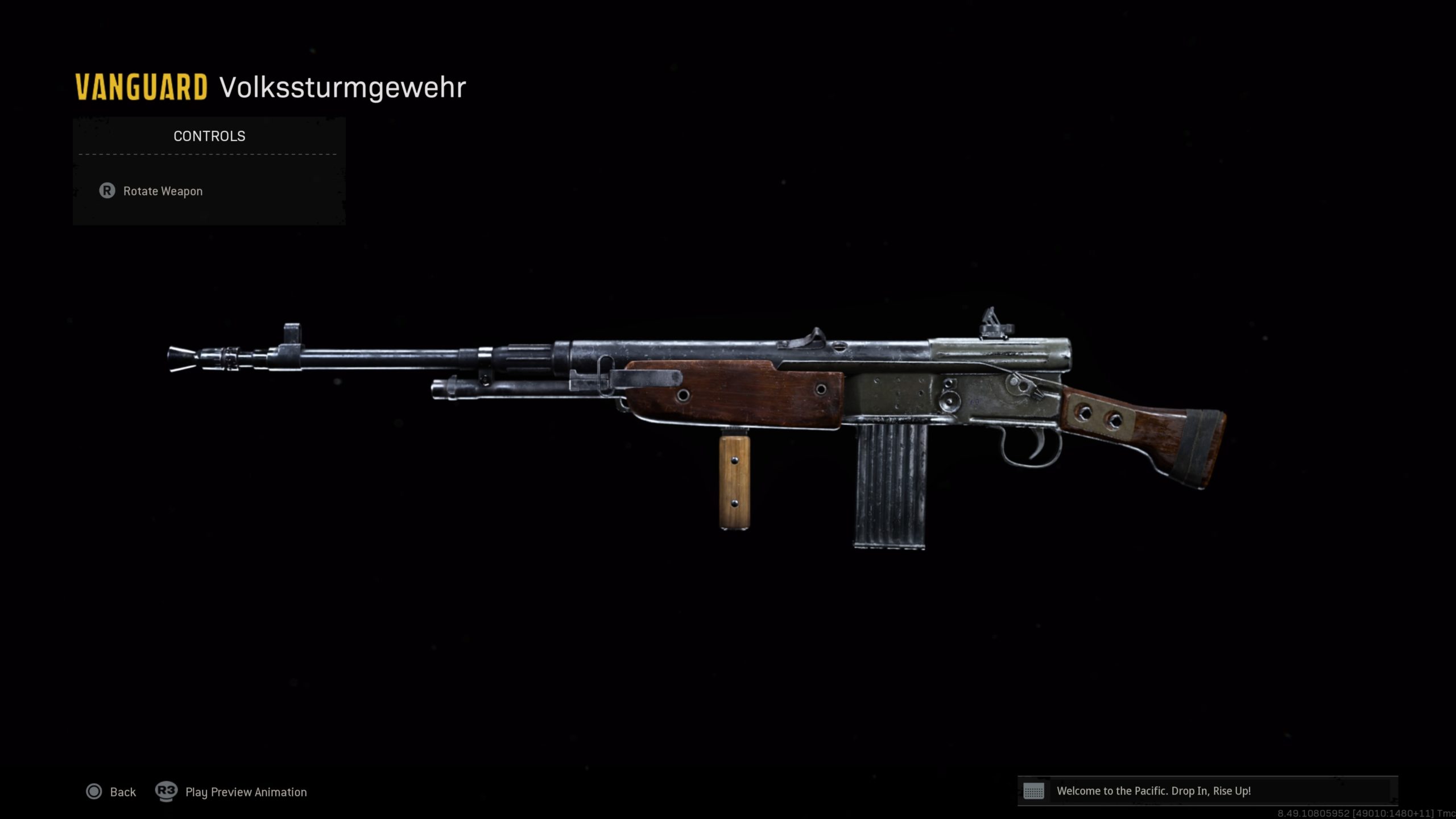 The world of Call of Duty: Warzone expanded in a big way in December 2021 with the season one update for Vanguard. Warzone Pacific shook up the game to freshen up the experience for millions of players.

One of the 30-plus new weapons added into Warzone with the Pacific update is the Volkssturmgewehr, an addition to the massive arsenal in the battle royale game. There are now 31 ARs in Warzone with Vanguard’s season one, including guns from Modern Warfare and Black Ops Cold War.

Volkssturmgewehr translates to “people’s assault rifle,” but most CoD players simply refer to it as the Volk for short. It was used toward the end of World War II by Nazi Germany as part of its last-ditch effort to survive the conflict. They did not.

Here’s the best set of attachments to use on the Volk in Warzone to not lose like the Nazis did.

The Volk is a dominant gun at close range. It’s not the best option for those who are looking for a long-range option for Caldera’s mountain ranges or open fields, but it’s strong when used in the secondary slot and paired up with something for longer ranges.

The Recoil Booster is a popular addition to close-range guns since its negative effect on accuracy isn’t felt as much when using it in CQC. The fire rate boost is key because it boosts DPS and allows you to deal damage more quickly to chip away at enemy armor.

The optic slot can be swapped out with any other you prefer, but close-range scopes are preferred since the Volk will be quite wavy at mid-range or longer.