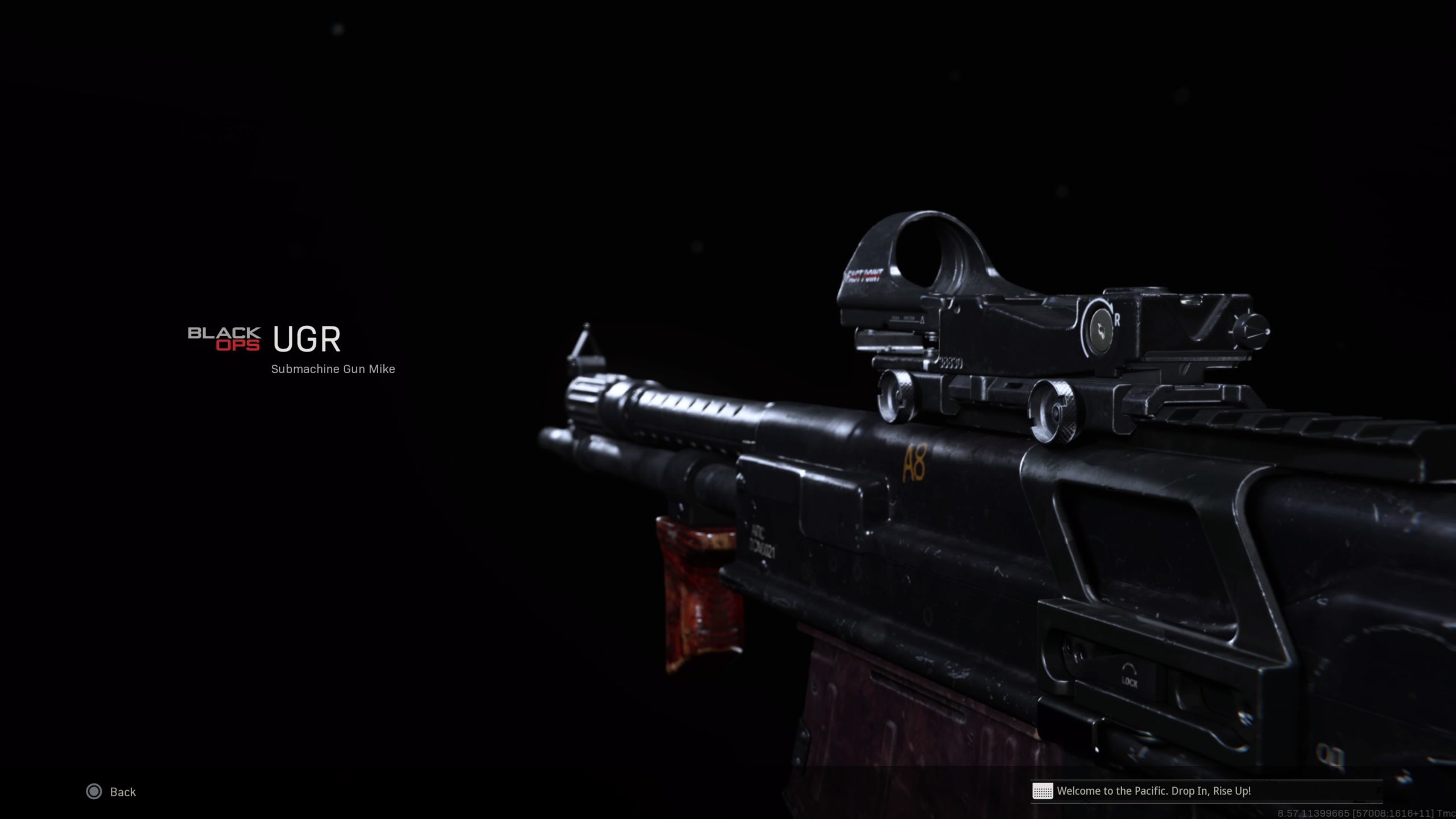 A recent surprise weapon added into Call of Duty: Black Ops Cold War is also available to use in Warzone once it’s fully unlocked.

The UGR is a full-auto submachine gun that is also an “underwater rifle modified for improved land performance” that “fires 5.66mm steel darts with moderate bullet velocity,” according to its in-game description. The gun is reminiscent of a weapon used during an underwater campaign mission in 2009’s Modern Warfare 2.

The new SMG is unlocked with an in-game challenge in Warzone and Black Ops Cold War. You can purchase a bundle that includes a blueprint for the gun, but you need to finish the challenge to begin leveling the weapon and unlocking attachments. This can be a bit of a hassle, especially because the blueprint version is not that great.

Here’s the best set of attachments to use with the latest new SMG in Warzone.

This setup will help the UGR with its range struggles, but it’s still a gun that should be relegated to the second slot of an Overkill loadout and paired up with an assault rifle, sniper rifle, or another long-range gun in the primary slot.

These five attachments buff the UGR’s damage, range, mobility, and control. The Explosive Flechettes magazine will add a 36-round magazine that gives the gun bullets with explosive tips that detonate on impact, also buffing its effective damage range at the same time.

This magazine can take some getting used to but it effectively functions the same as any other kind of ammunition you may find. The key with the UGR is to maintain its recoil at medium range and longer, because it shreds in close range engagements, as is usually the case with the game’s strongest submachine guns.