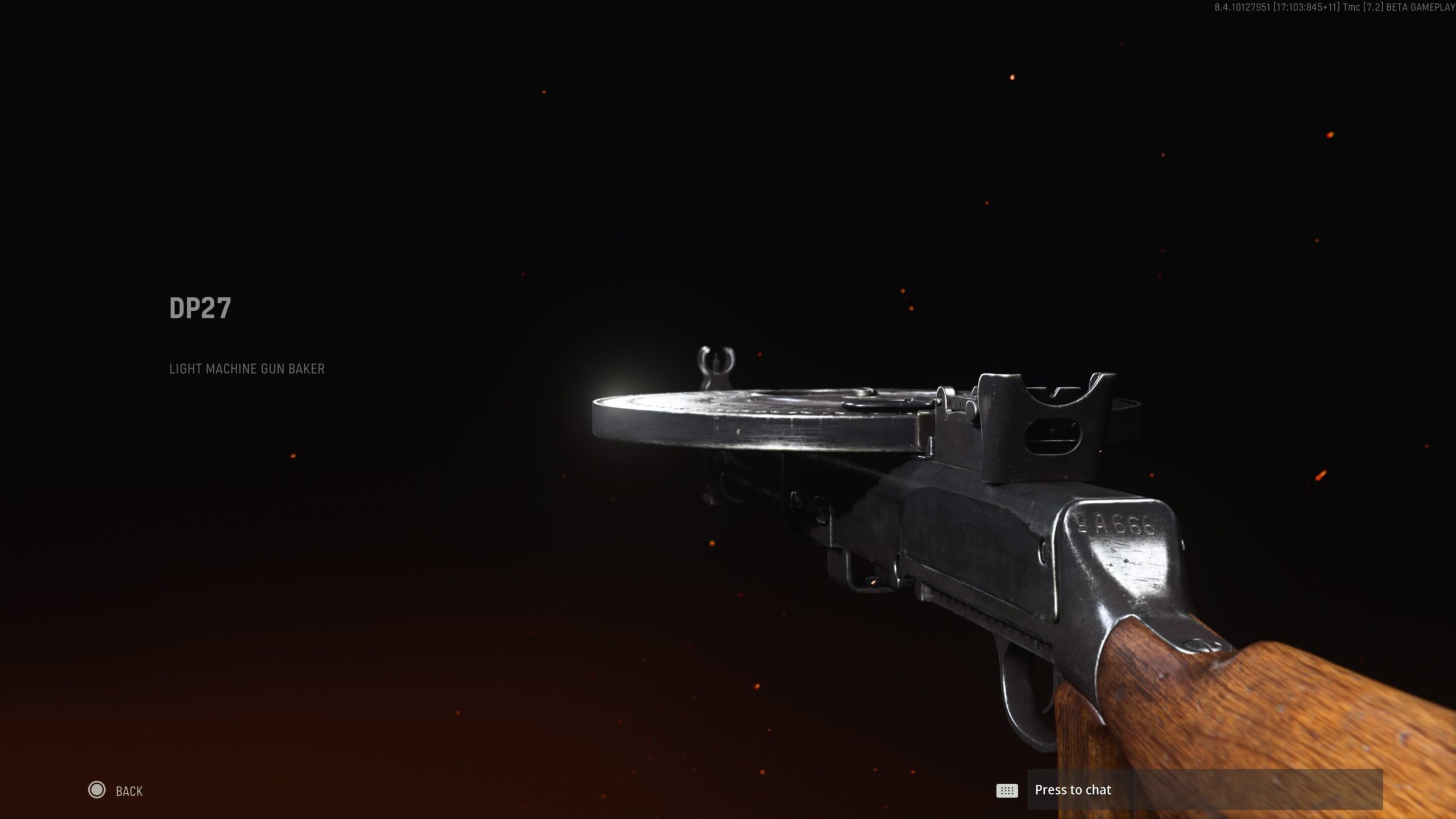 World War II had a bunch of unique-looking weapons that have found infamy in first-person shooters and Call of Duty: Vanguard’s roster of weapons brings them all to life.

The DP27 is a light machine gun designed for the Soviet Red Army in the 1920s. Even if you don’t know the name, you know how it looks thanks to its unique, UFO-shaped magazine that’s fed through the top of the gun.

It’s also known as the “Degtyaryov machine gun” and was the standard Soviet LMG during WWII. Although it was eventually replaced by the superior RPD LMG in the 1950s, the DP27 has its place in history as the “Pizza Gun.”

Here’s how to equip the DP27 for multiplayer domination in Vanguard.

The best DP27 loadout in Vanguard

The DP27 is the most mobile of the LMGs in the game, meaning it’s possible to run and gun with it while using its large magazine and formidable firepower. You’ll still get out-gunned with SMGs up close due to its heavy nature, but it’s a unique hybrid.

It especially struggles with aim down sight speeds to begin with, making it a bit of a slog when running around and quickly reacting to an enemy. You won’t stand a chance against someone with an MP-40 or STG44, so while leveling, it’s best to mount up and spray down the enemy from afar.