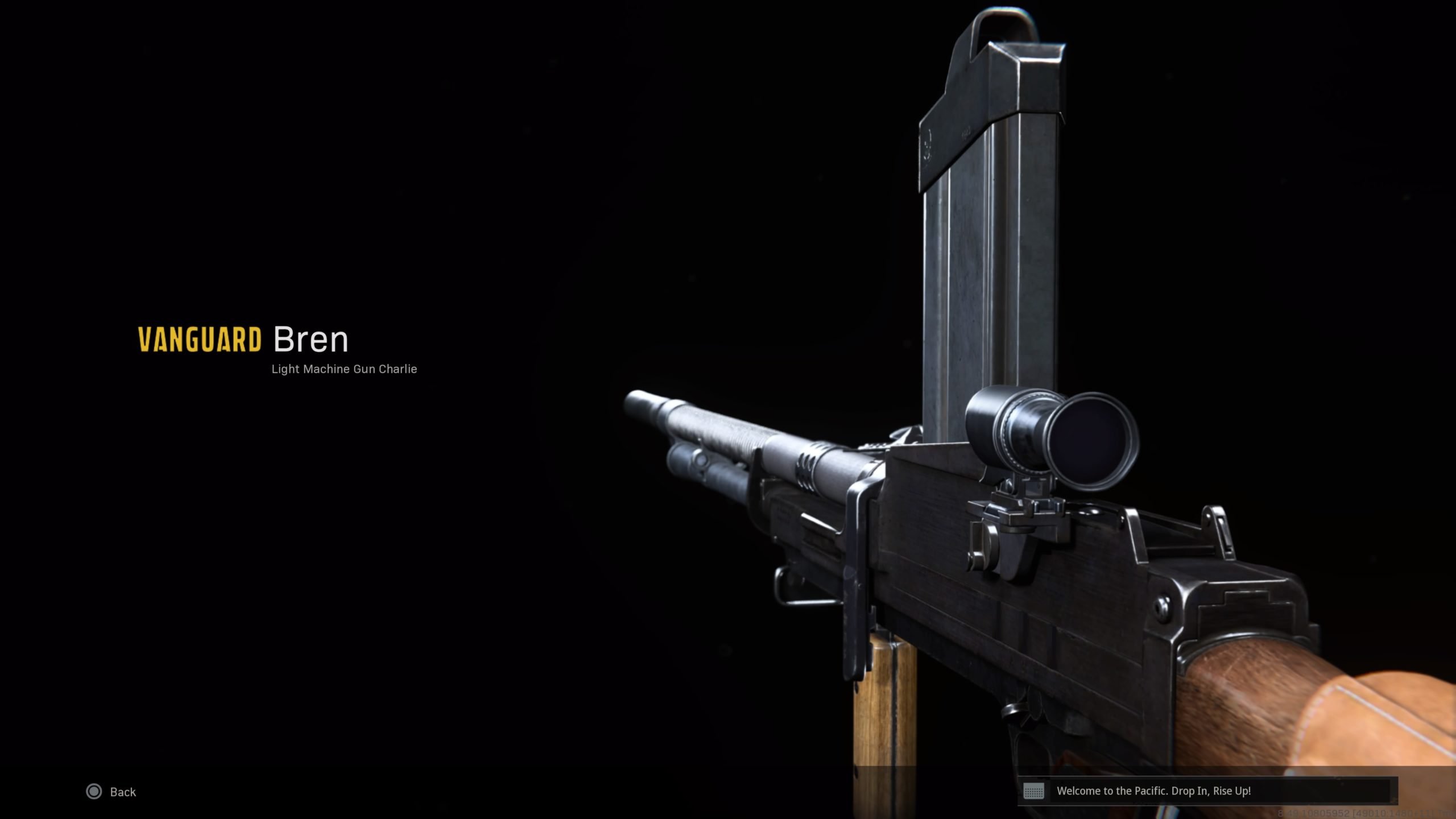 World War II weapons have invaded Call of Duty: Warzone in a big way thanks to its integration with Vanguard, the WWII-era game. One of them, a potential big hit for LMG fans, is the Bren.

The Bren is a light machine gun that was used by British forces during the war. It was produced by Britain in the 1930s and used in different roles all the way up until the 1990s, believe it or not. That should tell you all you need to know about its reliability.

In Warzone, the meta is all about high damage at a decent range and the quickest DPS to chunk down an enemy’s armor and finish them off before they have a chance to scurry away. The Bren performs well at all of these things.

Here’s the best way to load up the Bren in Warzone.

This is a great set of 10 attachments to help ascend the Bren into one of the best overall guns to use on Caldera in Warzone. Nerfs may be in coming, but for now, this is one of your best options to run in a primary slot.

The Bren struggles when it comes to accuracy and recoil, but it’s beyond saving when it comes to mobility, so these attachments help focus on reining in its kick while also buffing its damage and range in big ways. This set of attachments will turn it into a bit of a laser beam at any range.

The optic, as always, is swappable depending on player preference. But the G16 2.5x is widely considered by many to be the best overall mid-range scope that’s available on most of the weapons added into Warzone from Vanguard.