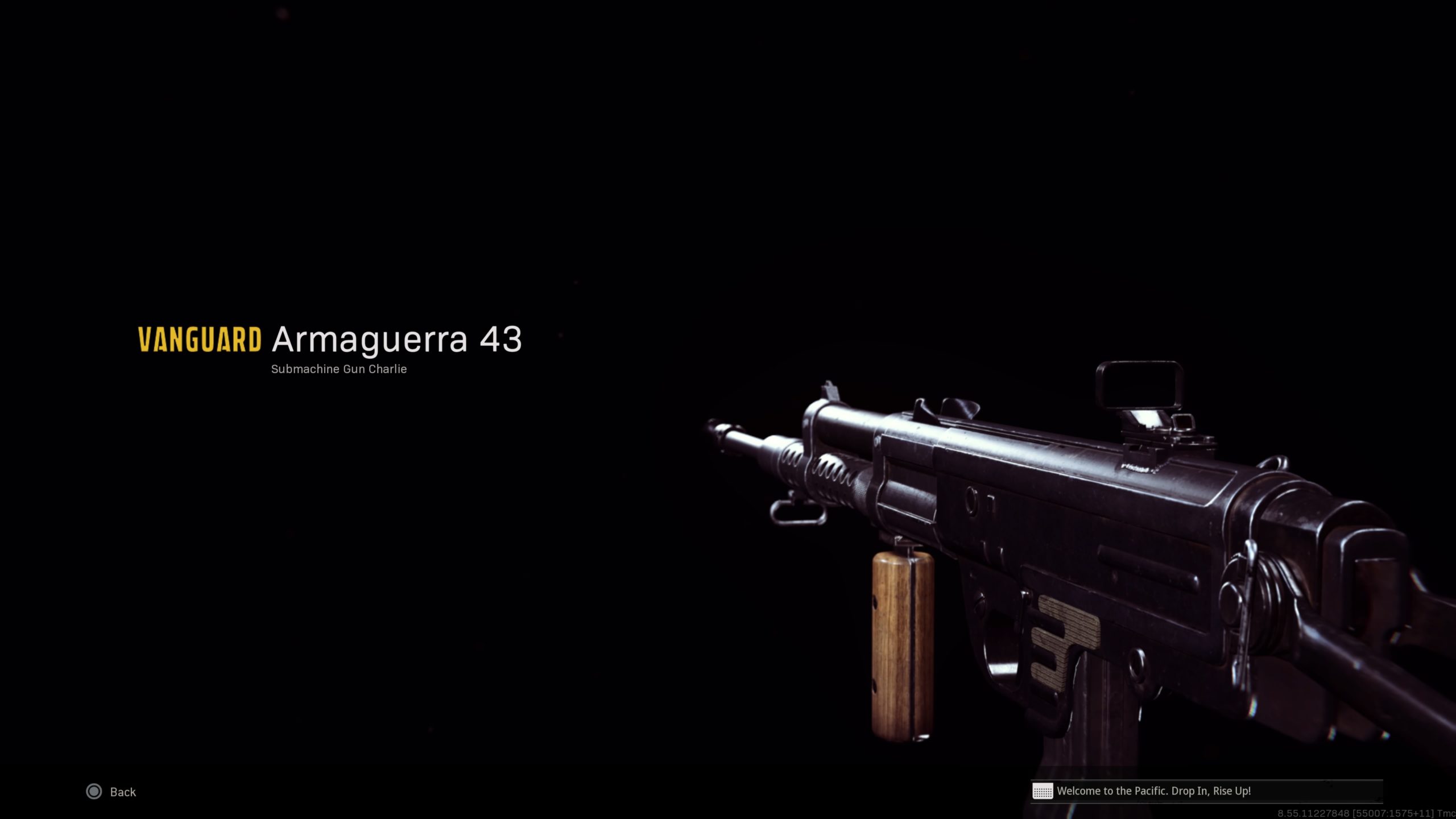 The gun’s in-game description calls it a “very high rate-of-fire SMG” that is “effective at short to medium range engagements,” and it’s a very apt way to describe the new gun. It’s a bullet hose, especially up close, but not meant for long-range engagements on Caldera or elsewhere.

Pro players and streamers have been experimenting with the new gun alongside players all across the world and found it to be pretty formidable, even in the face of current strong options like the Welgun or MP-40.

Here’s how to load up your Armaguerra 43 for success in Warzone.

The best Armaguerra 43 loadout in Warzone

The Armaguerra fits in with the rest of the current Warzone SMG meta, which means it’s time to boost its already-high fire rate for an even stronger DPS, its range so it can combat multiple situations, and its control to rein in its recoil.

This set of attachments will do all of those things. The only thing we suggest changing up is the optic, if the MM Largo is not your style, for something like the Slate Reflector or MM SC iron sights for even faster target acquisition.

Pair the Armaguerra 43 up with a long-range weapon like a sniper or your favorite assault rifle or light machine gun and it’s a killer combo whether you’re dropping into Rebirth Island or Caldera.