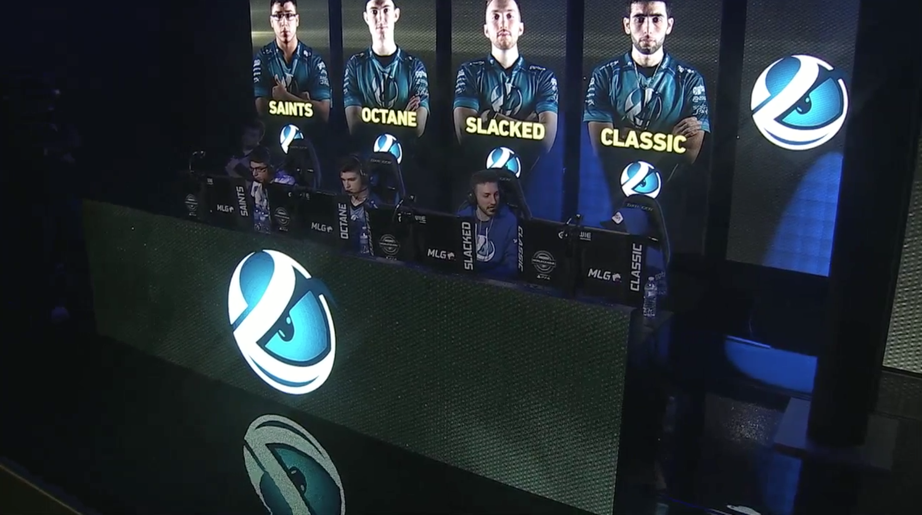 It wasn’t necessarily as easy as yesterday, but Luminosity Gaming improved to 4-0 in Group Red of the Call of Duty World League Global Pro League with two wins on Saturday.

In fact, Luminosity actually lost their first map of the day—Retaliation Hardpoint against Fnatic. The Europeans came out firing on all cylinders and built an early lead, and although Luminosity started to mount a comeback, Fnatic secured the first map win 250-211.

From that point on, however, the series dramatically shifted in Luminosity’s favor. Luminosity won 6-5 on Throwback Search and Destroy, and then dominated Frost Uplink and Breakout Hardpoint to take the 3-1 series victory over Fnatic.

Luminosity closed out the night with a 3-2 win against Evil Geniuses. Earlier in the day, EG bounced back from their 0-2 start on Friday with a strong 3-0 sweep of Mindfreak. Coming into this match against Luminosity, EG kept up the pressure by winning the first Search and Destroy and the Uplink.

But Luminosity wouldn’t go down quietly, and they responded with an impressive 250-57 win on Retaliation Hardpoint to send the series to a winner-take-all game five Search and Destroy. Evil Geniuses was undefeated in Search and Destroy this weekend up until this fifth game, where Luminosity dominated EG 6-1 to take the 3-2 series victory.

With this win, Luminosity remained perfect so far in Stage Two of the CWL GPL, while Evil Geniuses dropped down to 1-3. After their loss against Luminosity, Fnatic responded with a 3-0 sweep of Mindfreak to improve to 2-2 on the weekend, while Mindfreak didn’t win a single map on Saturday and fell to 1-3.

The final day of Group Red action in the CWL GPL will kick off at 2pm ET on Sunday with Fnatic taking on Luminosity. But all eyes will be on the final match of the night, when Fnatic faces off against Evil Geniuses around 6:30pm ET in what will most likely be the match that determines the second playoff team from this group.