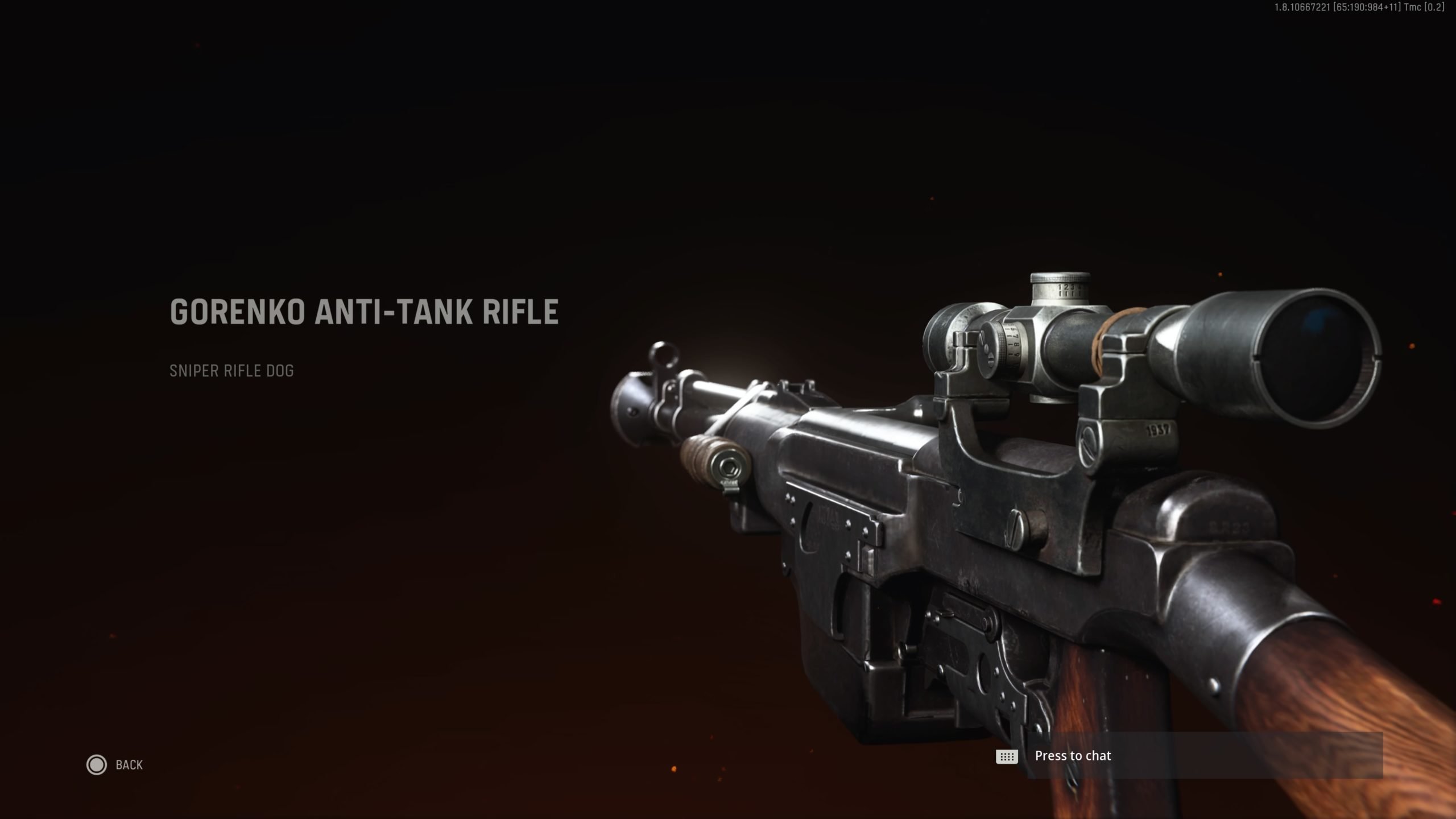 A new sniper rifle joinedthe growing arsenal of weapons in Call of Duty: Vanguard and Warzone in season one. It’s the Gorenko Anti-Tank Rifle and it is humongous.

Activision calls the Gorenko a “heavy semi-automatic sniper rifle” that “offers the most damage per shot of any ballistics-based weapon, capable of one-shotting any enemy in Multiplayer with ease.”

Due to its massive size and firepower, Activision warns that “follow-up shots may be hard to take due to the incredible kick its high-caliber bullets produce.” It’s an apt description because the Gorenko kicks just about as much as any sniper rifle in CoD.

Luckily, it’s so strong that the gun is a one-shot kill to most parts of the body, especially when using the Vital Proficiency. This makes it a monster in the hands of accurate snipers and those who like to mount up and use accuracy to their advantage.

Now that season one is done in Vanguard, you can unlock the Gorenko with the following challenge: