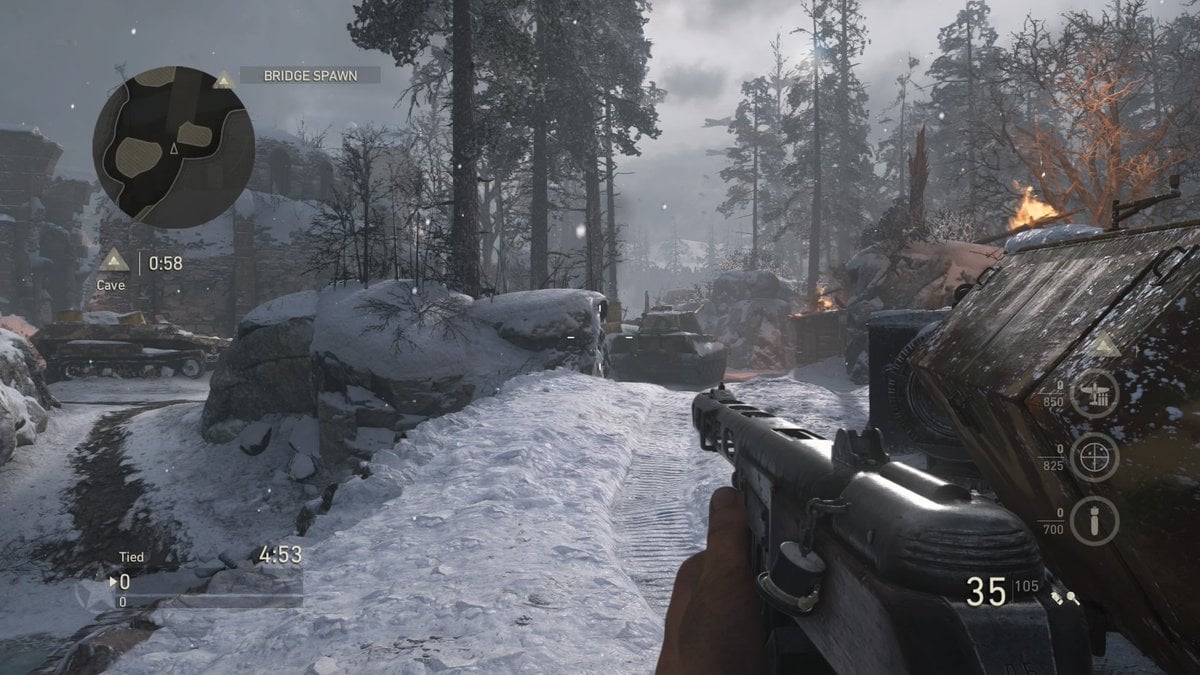 The wait is finally over, Call of Duty fans—four-player parties are now enabled in WWII Ranked Play.

Season two of Ranked Play ended today at 11am CT, and the next season began shortly after at 1:30pm CT. Sledgehammer revealed on April 5 that season three would introduce four-player parties on April 17, allowing Call of Duty fans to compete with a full team of friends.

Related: 4-player parties will be enabled in Call of Duty: WWII Ranked Play at the start of Season 3

The introduction of four-player parties in Ranked Play coincides with the launch of the Blitzkrieg Community Event, which will run from April 17 to May 8. This event is set to bring a bunch of new weapons to WWII, including the Itra Burst rifle, Type 5 rifle, Sterling SMG, M2 Carbine rifle, and the Type 38 sniper.

The popular game mode Ground War has also been added to WWII in the Featured playlist tab, along with HQ 24/7, which will allow you to play Free for All, Gun Game, and Prop Hunt on the Headquarters battlefield.

Between the new Blitzkrieg Community Event and four-player parties for Ranked Play, there’s a lot to be excited about today in WWII.