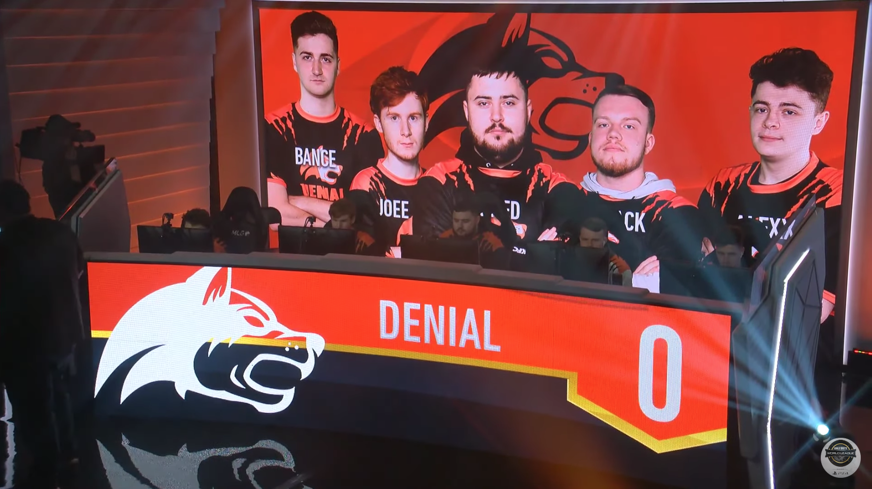 One of the most controversial organizations in esports will no longer be a part of the Call of Duty World League.

Denial Esports is shutting down, according to the organization’s co-owner Zach Smith. As a result, Denial’s Call of Duty roster—Joseph “Joee” Pinnington, Rhys “Rated” Price, Ben Bance, Carson “Brack” Newberry, and Alex “Alexx” Carpenter—will be in search of a new organization to represent for the rest of the season.

“We are now officially working with [the] CWL on finding a new home for the team license,” Rated said. “This will be for [CWL Anaheim, Miami, and Champs].”

In 2018, reports surfaced that Denial’s founder Robby Ringnalda owed former players thousands of dollars. But in 2019, Smith tried to repair Denial’s damaged reputation by reviving the organization and paying the debt owed to several players.

Now, however, Denial has seemingly run into the same issues as before. Reports indicate that the organization once again owes thousands of dollars to former players and other esports organizations.

It’s unclear where Denial’s latest Call of Duty lineup will end up next. With the impending city-based franchised Call of Duty World League quickly approaching, some organizations might be hesitant to invest in a CoD team for just a few months.