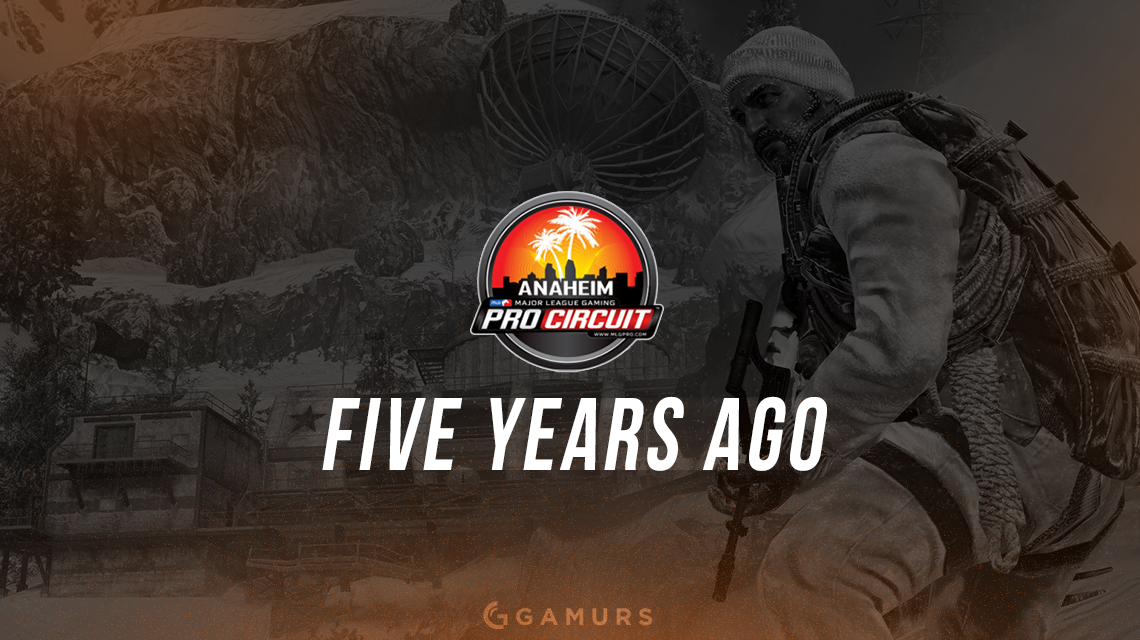 On June 5, 2011, OpTic Gaming was crowned the champions of MLG Columbus 2011, the second event for Call of Duty®: Black Ops on the Major League Gaming Pro Circuit. Roughly one and a half months later, Call of Duty players traveled to the other side of the country to compete in the third Black Ops event of the season: MLG Anaheim 2011.

Similar to MLG Columbus, Anaheim featured a pool play system, where the top-16 teams from the previous event were divided into four groups. With each group set for five teams, one team would be added to each group from the best four open bracket teams.

It is also worth noting that just like at MLG Columbus 2011, only one team would advance to the championship bracket from pool play, with the other four teams being sent to different rounds in the losers bracket depending on their performance and record in the group stage.

Group A consisted of Quantic Leverage, the number one overall seed in the tournament, Quantic Nex-TT-hreat, yunGunz, NOX NaTioN and aBnormaL. Despite being arguably the best team in the game, as well as the champions at MLG Dallas 2011, a fourth place finish at MLG Columbus constituted a roster change for Leverage. The core three of this lineup, Patrick “ACHES” Price, Tyler “TeePee” Polchow and Seth “Scump” Abner, remained together as they replaced Bob “Bobby” Hamwi with Jordan “ProoFy” Cannon. This roster move proved to pay dividends as Leverage dominated Group A, going 4-0 and only losing two maps in pool play. yunGunz, featuring Damon “Karma” Barlow, came in second at 3-1, Nex-TT-hreat finished with a 2-2 record, aBnormaL went 1-3 and NOX NaTioN went 0-4.

Similar to Group A, the top seed in Group B also went undefeated throughout group play. Group B consisted of OpTic Gaming, the number two seed for this tournament, JuKeD, IcoNs, No Regrets and Defying History. The OpTic Gaming roster, consisting of Ray “Rambo” Lussier, Will “BigTymeR” Johnson, Jordan “JKap” Kaplan and Joe “MerK” DeLuca, dominated this group and went 4-0. Defying History came in second at 3-1, IcoNs went 2-2, JuKeD went 1-3 and the open bracket team No Regrets went 0-4 to round out the action in Group B.

Once again, another team went undefeated to claim the top spot in Group C. Team FeaR, who came in third place at Columbus, was the third overall seed at Anaheim. Just like Leverage, FeaR decided to make a few roster changes despite their recent success, rebuilding around Robert “ASSASS1N” Walsh and Johnathon “John” Perez by replacing Joey “Moho” Morehouse and Kenneth “Dedo” Dedo with Phillip “PHiZZURP” Klemenov and Eric “Twizz” Servello. With their revamped roster, FeaR only lost one map en route to a perfect 4-0 showing in pool play. VWS took home second place in Group C by going 3-1, followed by vVv Fly Society, who went 2-2. Obey, the sixth seed at Anaheim, shockingly went 1-3, and Hybrid rounded out the group by going 0-4.

Finally, Group D was arguably the most exciting and unpredictable group at this event. Force, the runners-up at Columbus, entered Anaheim with the fourth overall seed, but surprisingly went 0-4 in pool play. Group D belonged to Influence, the 13th overall seed at Anaheim. With a roster made up of Renato “Saints” Forza, Anthony “NAMELESS” Wheeler, Sean “MuTaTioN” Ellis and Craig “PLuTo” Walker, Influence was able to go 4-0 to earn their spot in the championship bracket from this group. Aim 4 Victory continued their open bracket success, going 3-1, followed by Twisted Method going 2-2 and Team EnVyUs, who went 1-3. As previously stated, Force rounded out this group with a disappointing 0-4 performance.

With the four winners established from pool play, the championship bracket was set to commence with Leverage taking on Influence and OpTic Gaming going up against FeaR. Once again, the winners semifinals did not disappoint, with both series going the distance to a decisive game five. Influence continued their impressive play from the group stage, but it was Leverage who walked away with the 3-2 victory.

In the other match, FeaR and OpTic battled it out to the very end. In one of the most clutch moments in Call of Duty history, ASSASS1N produced a 1v4 clutch in game five to give FeaR a 4-1 lead on Firing Range Search and Destroy. That was all the momentum that was needed, as FeaR went on to win that map in order to take the series 3-2 and knock OpTic down to the losers bracket.

This set up a winners bracket finals matchup between FeaR and Leverage. Once again, this series did not disappoint, as FeaR continued to show why they were one of the best teams in Black Ops with a decisive 3-0 sweep of Leverage. With this victory, FeaR guaranteed their spot in the grand finals, and did so by sending the two previous tournament champions (OpTic and Leverage) down to the losers bracket, an impressive feat in itself.

The losers bracket was full of intense gameplay, but no team really was able to put together the lengthy run needed to make a lasting impression. Following their disappointing 1-3 record in pool play, EnVyUs started in the fourth round of the losers bracket. With a roster consisting of Tosh “StaiNViLLe” Mcgruder, Matthew “Nadeshot” Haag, Bobby and Dedo, EnVyUs was able to eliminate Hybrid, vVv Fly Society and Aim 4 Victory before meeting up with yunGunz in round seven, who eliminated the boys in blue from Anaheim with an eighth place finish and $800.

Quantic Nex-TT-hreat was the only other team who was able to string together a noticeable win streak in the losers bracket. Starting in round five, Leverage’s sister team took down JuKeD, Defying History and Obey before meeting up with Influence in round eight. It was here where Influence’s cinderella story came to an end, as Nex-TT-hreat dominated this matchup with a 3-0 sweep, eliminating Influence from the tournament with $2,000 and a fifth place finish.

However, their win over Influence only delayed the inevitable for Nex-TT-hreat. The roster consisting of Doug “Censor” Martin, Jonathan “SinfuL” Baez, “Virus” and “Vengeance” was now pitted against OpTic Gaming in the losers bracket semifinals. While Nex-TT-hreat did not go down without a fight, it was OpTic who emerged victorious with a 3-1 series win. OpTic’s win eliminated Nex-TT-hreat from Anaheim with a fourth place finish and $2,800 in cash earnings.

After OpTic eliminated Leverage last event at Columbus, it was Leverage’s turn to flip the script. In an action-packed series, Leverage was able to defeat OpTic 3-1 to eliminate the “Green Wall” from Anaheim. OpTic would fly home from California with another third place finish and $4,000 in cash earnings.

The grand finals between Leverage and FeaR was now set to commence. While FeaR held a 3-0 lead in this continuation best-of-eleven series, Leverage was riding all their momentum from their great win over OpTic, while FeaR had quite a few hours in between their last two matches.

Despite their lengthy break, FeaR came out firing on all cylinders, winning game four to take a 4-0 series lead. Against all odds, Leverage responded by winning four consecutive maps to even the series at 4-4.

In game nine, FeaR stopped the Leverage train with a clutch overtime Capture the Flag win to regain the 5-4 series lead. However, FeaR was never able to win the decisive sixth map as Leverage went on to win the next two Search and Destroy maps to win the series 6-5.

With a 5-4 round advantage in the game 11 Search and Destroy on Grid, ACHES picked up first blood on Twizz while he was planting the bomb with 25 seconds left in the round. PHiZZURP responded with a kill of his own, but ACHES would not be denied, picking up a second kill on John. ProoFy eliminated ASSASS1N, leaving PHiZZURP in the 1v3 with FeaR’s tournament life on the line. PHiZZURP was able to eliminate two members of Leverage, but did not have enough time to plant the bomb, giving Leverage the round and tournament victory.

The third event of 2011 was another huge success, as the level of play notably increased across each event of the inaugural season of Call of Duty on the MLG Pro Circuit. While MLG Anaheim 2011 concluded with Quantic Leverage hoisting their second trophy out of three events, Call of Duty fans everywhere were already looking forward to the next event just one month away at the end of August: MLG Raleigh 2011.