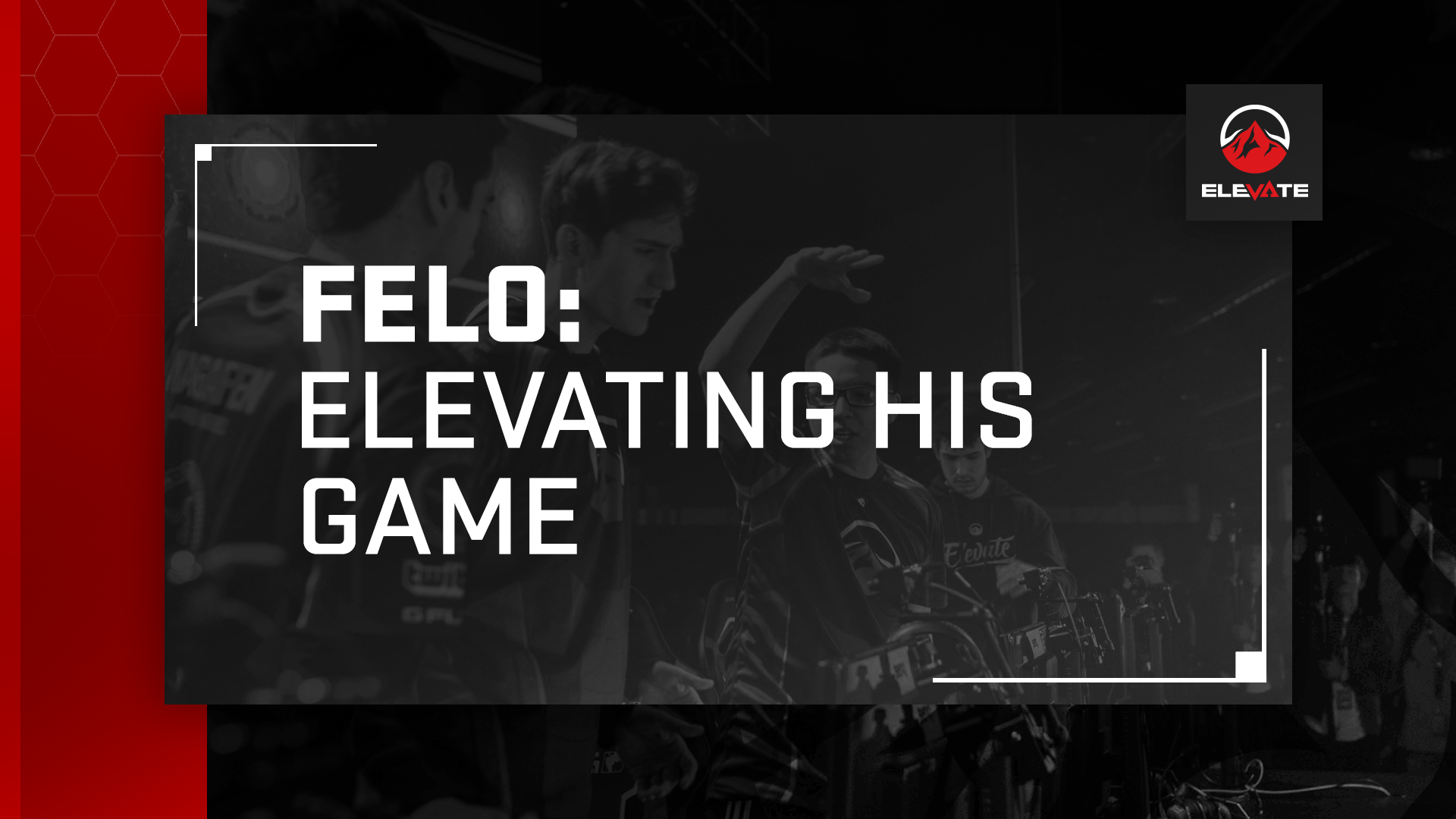 Throughout all of the years of Call of Duty action, more exciting and talented players continue to emerge onto the scene. While Tyler “FeLo” Johnson is by no means a rookie in Call of Duty®: Black Ops III, he has certainly started to make a name for himself recently, most notably with his play at MLG Anaheim 2016.

FeLo played for a variety of teams throughout Call of Duty®: Advanced Warfare, including Automatic Reload, XGN Competitive, vVv Gaming and Enigma6. However, his best career placing at the time came at UMG Orlando 2015 when he placed top-six with SYNRGY Gaming.

After a disappointing top-20 performance at the MLG World Finals in New Orleans, FeLo set his sights on flipping the script in Black Ops III, and he was able to do so by joining the first Call of Duty roster of Counter Logic Gaming. CLG failed to qualify for the inaugural season of the Call of Duty World League (CWL) at the 2016 CWL NA Pro Division Stage 1 LAN Qualifier, but then earned their spot in Stage 1 after a strong performance in the Online Qualifying Tournament.

Unfortunately, Stage 1 of the CWL was not all it could have been for FeLo and CLG. Despite a few roster changes, CLG would finish in dead last for Stage 1 with a 6-16 record, which meant that they would have to fight for their CWL spot in the Relegation Tournament. In the aforementioned Relegation Tournament, CLG lost 4-1 to Cloud9, losing their CWL spot in the process.

After he were relegated out of the CWL with CLG, FeLo wanted to do whatever it took to get back in the league. At the start of Stage 2, FeLo filled in as a substitute for H2k-Gaming while Phillip “PHiZZURP” Klemenov was spending time with his family for two weeks. It is during this time that FeLo caught the attention of Team eLevate and was able to start to turn the tide of his professional career.

“I filled in for two weeks and one of the teams we played was eLevate,” FeLo said. “While we played eLevate, I played extremely well. I believe they picked me up because they were in a slump and needed a change.”

It was after this aforementioned match that Team eLevate decided to pick up FeLo in place of Remington “Remy” Ihringer. From that point on, eLevate seemed like an entirely different team. Prior to action in Week Nine of the CWL, eLevate sat in fifth place with an 8-5 record. FeLo and his new team were confident heading into their first LAN together at MLG Anaheim.

Team eLevate was extremely successful at Anaheim, going undefeated in Pool Play and earning a top seed in the Championship Winners Bracket. FeLo and company would go on to defeat Cloud9 3-1 and Infused 3-2 to punch their ticket to the Winners Finals.

After these matches, eLevate ran into the Green Wall and were swept 3-0 by OpTic Gaming, sending them down to the Losers Finals. However, eLevate stayed composed and was able to defeat Rise Nation 3-1 in order to get a shot at redemption against OpTic in the Grand Finals.

.@FeLo is going OFF in this Grand Finals match!

In one of the most action-packed series in recent memory, eLevate defied all odds by taking the first two maps against OpTic, most notably securing a victory on Evac Hardpoint thanks to an outstanding 15 killstreak by FeLo. Unfortunately, eLevate fell victim to the reverse-sweep as OpTic regained their composure and took the 3-2 series win to crown themselves the champions of Anaheim.

Nonetheless, this was a tremendous event for eLevate as a team, but most importantly, it was a career highlight for FeLo, who was playing in the Grand Finals of a major LAN event for the first time.

“Playing in my first Grand Finals, especially against a team like OpTic, was amazing,” FeLo said. “The Anaheim crowd was unreal and it was amazing to play a pretty close series against OpTic.”

One of the major reasons why FeLo was able to reach the first Grand Finals of his career was because of the mindset that him and his teammates carried into this event.

This mindset of taking every series one map at a time truly helped unlock the potential of this eLevate lineup. Not only has this lineup played well as a team, but FeLo individually has played exceptionally well since joining eLevate. FeLo is in the top-20 for Overall Kill-to-Death Ratio (K/D) and K/D in both Hardpoint and Search and Destroy during Stage 2, as well as fifth overall in Kills per Round with 20.2. Even though I asked about his personal performance, FeLo remained humble and gave credit to his teammates for helping him to play as well as he has been.

“With my current team, we all play at about the same pace and we have really good teamwork,” FeLo said. “Not only did that allow me to play comfortable, but we were all confident the whole event.”

Putting MLG Anaheim in the rear-view mirror, FeLo and eLevate have their sights set on the Stage 2 Playoffs. As a team, FeLo thinks that there are only a few small adjustments that eLevate need to make in order to have a shot at dethroning OpTic.

“I believe we are the best Search and Destroy team in the CWL and one of the top two or three CTF teams,” FeLo said. “The only thing we need to improve on is our Hardpoint and Uplink, which should not be a problem.”

To cap off this incredible weekend for the entire eLevate squad, FeLo was extremely grateful for all the support from his fans, and he definitely expects to be back in another Grand Finals once again in the near future.

“I just really appreciate all the support,” FeLo said. “Anaheim was an unreal experience.”

You can watch FeLo and the rest of Team eLevate play weekly for the remainder of the CWL, and the team will try to build momentum off their excellent play from Anaheim heading into the Stage 2 Playoffs held July 14-17 in Burbank, California.

What did you think about FeLo’s performance at MLG Anaheim this past weekend? Let us know by commenting below or tweeting us @GAMURScom.