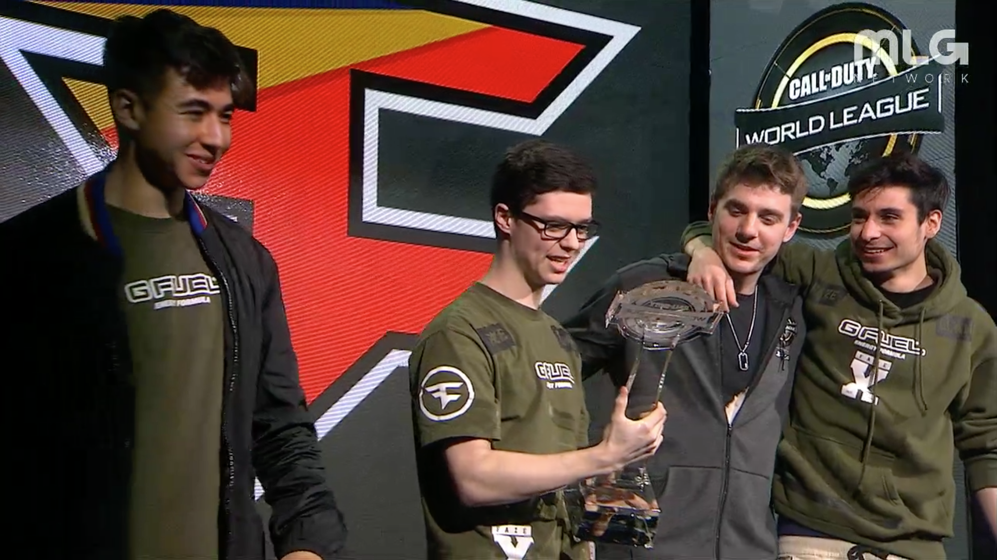 After three days of intense gameplay, a champion has been crowned at the Call of Duty World League Pro League Stage One Playoffs.

OpTic then took a 2-1 series lead with a convincing 4-1 win on Flak Tower Capture the Flag. Facing elimination, FaZe responded with a come-from-behind 250-219 victory on Valkyrie Hardpoint to set up a decisive game five.

The last map of this incredible grand final was Ardennes Forest Search and Destroy—which was also the final map in the first best-of-five. And FaZe took it 6-3 once again to win the CWL Pro League Stage One Playoffs.

This was one of the most thrilling grand finals in Call of Duty history, as fans were on the edge of their seats throughout the 10-map slugfest. This was also FaZe’s first championship in WWII, and their first major Call of Duty LAN title since September 2015.

During the post-game interview, ZooMaa was named the ASTRO Gaming MVP for Stage One of the CWL Pro League.

FaZe will look to defend their newfound throne at the next major LAN event, the CWL Seattle Open, which takes place from April 20 to 22.