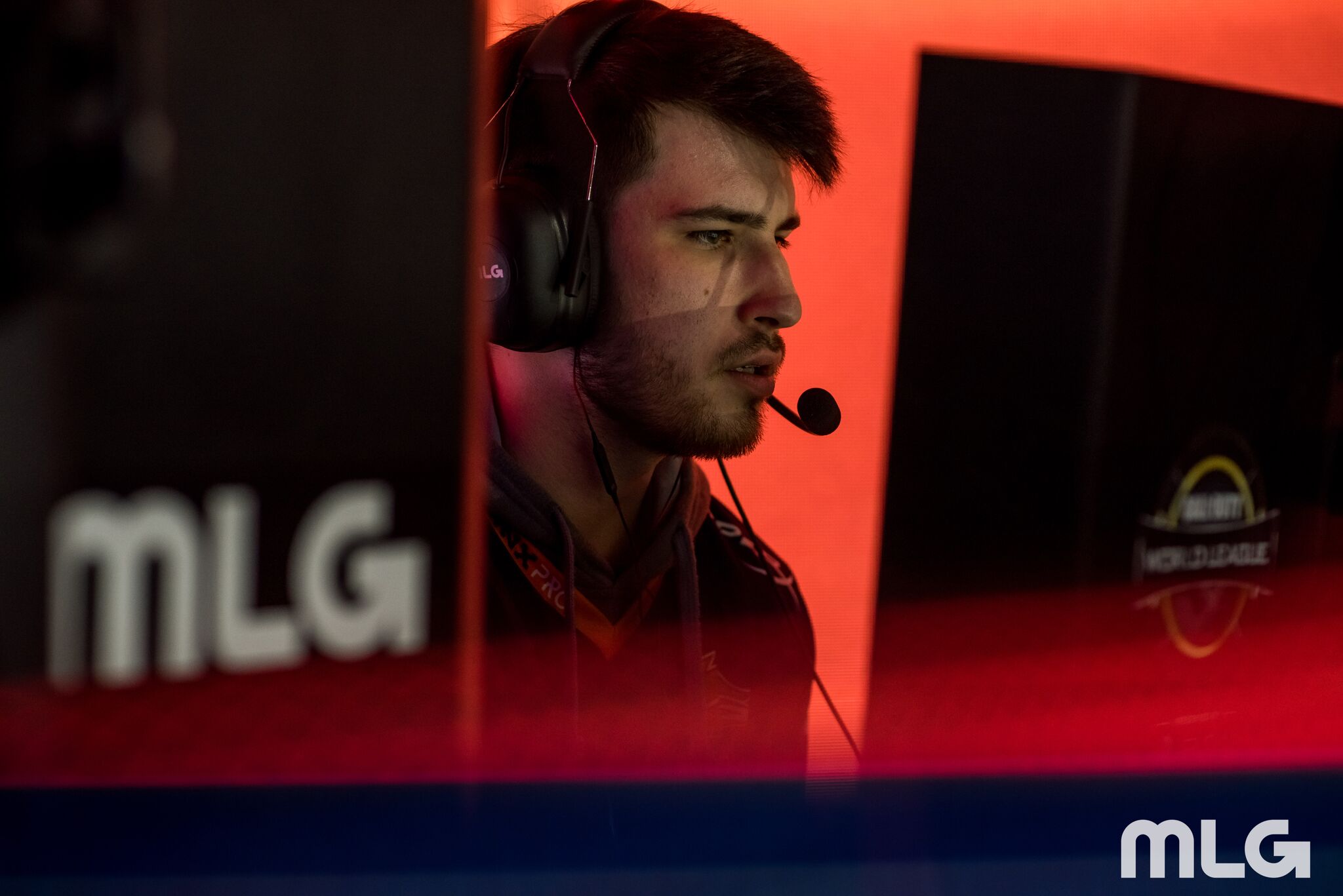 But the tournament didn’t exactly begin as Brice Faccento, Renato “Saints” Forza, Adam “Assault” Garcia, and Aqua probably envisioned. Echo Fox were placed in Pool D, which was widely considered the “group of death,” alongside eUnited, Splyce, and compLexity. And despite putting eUnited in the 100-point club in their first map of the weekend, Echo Fox suffered a 3-1 series loss to kick off the tournament.

Then, they flipped the script and turned things around.

“I would say we had to knock off the rust from traveling and a couple days of not playing, which led to a slow start,” Faccento told Dot Esports. “Usually we get in a groove and get better as the tournament goes on.”

And that’s exactly what happened. Echo Fox only lost one more map in group play as they defeated compLexity, Splyce, and GGEA Blue to go 3-1 in Pool D.

Their second-place finish in their group placed them in the championship winners bracket against the top team from Pool B: OpTic Gaming. Echo Fox are no strangers to playing against OpTic in Call of Duty: WWII—the two teams faced off in pool play at CWL Dallas, and OpTic swept Echo Fox.

But this time around, with a revamped lineup, Echo Fox stunned the CoD community and sent OpTic down to the losers bracket.

“Hardpoint is usually OpTic’s best game mode, but Search and Destroy is one of our better game types,” Faccento said. “So we kept a level head and took it one map at a time.”

OpTic won the opening Hardpoint, but Echo Fox responded in Search and Destroy. Echo Fox then took control of the series with an impressive win on Ardennes Forest Capture the Flag. Most notably, Echo Fox dominated OpTic in the slaying department—nobody on the Green Wall had more than 12 kills.

“We played that map perfectly,” Saints said. “We all knew what everyone else on our team was doing, and everything was on point. We have good shots and good gun skill, so when we’re communicating like that, we’re unbeatable.”

Echo Fox closed out that series against OpTic in the following map and moved on to play Luminosity in the winners bracket semifinals. But that series didn’t exactly go according to plan.

“We started out firing on all cylinders and went up 2-0, but then our endurance went away and we lost all of our energy,” Saints said. “We honestly thought we had it in the bag, but we got too far ahead of ourselves and underestimated LG a little bit. They got hot, and we slowed down.”

Luminosity went on to reverse sweep Echo Fox, knocking Saints and crew down into the losers bracket. This is when Echo Fox squared off against Rise—the team from which they’d recently acquired Aqua.

In a series that has the makings of a potential rivalry match, at least for former Echo Fox player Gunless, Rise jumped out to a commanding 2-0 lead. This is when Faccento lit the fire under his team, according to Saints.

“When we went down 0-2, [Faccento] talked to all of us and said, ‘I know we’re still down, but we don’t have anything to lose,'” Saints said. “That got us fired up, and that was the result.”

The result was a dominant 8-0 victory on London Docks Capture the Flag. After such a strong win, it seemed like momentum may have begun to shift in the series—but Rise shut down any hopes Echo Fox had for a reverse sweep.

“I thought we played well on Ardennes Forest Hardpoint, but it’s also one of Rise’s best maps,” Faccento said. “I think we could’ve tied up the series if we played any other map, it just didn’t go our way.”

This loss eliminated Echo Fox from CWL New Orleans with another top six placing. But, thanks to their pro point total as a team, they qualified for the first season of the 2018 CWL Pro League.

Echo Fox will compete in Division A against some of the best teams in the world. And although Faccento thinks they’re in the easier group, he’s still looking forward to some tough matches against teams like Team Kaliber, Rise, OpTic, and Red Reserve.

Before Echo Fox travel to Columbus, Ohio for the pro league, however, there’s one thing in particular that Faccento thinks his team needs to work on.

“When we get back home, we’re gonna work on our Search and Destroy,” Faccento said. “We’re never gonna not win a respawn, so if we can guarantee SnD, we’ll be a championship-caliber team.”

Even though Echo Fox went 5-3 in Search and Destroy at CWL New Orleans, Faccento still wants to focus on improving that ever-important game mode moving forward. The scary thing about this lineup, however, is the limited practice they most likely had since Aqua joined the squad. With even more time playing together, who knows what they’re capable of.

Echo Fox will begin their run in Stage One of the CWL Pro League on Jan. 23.