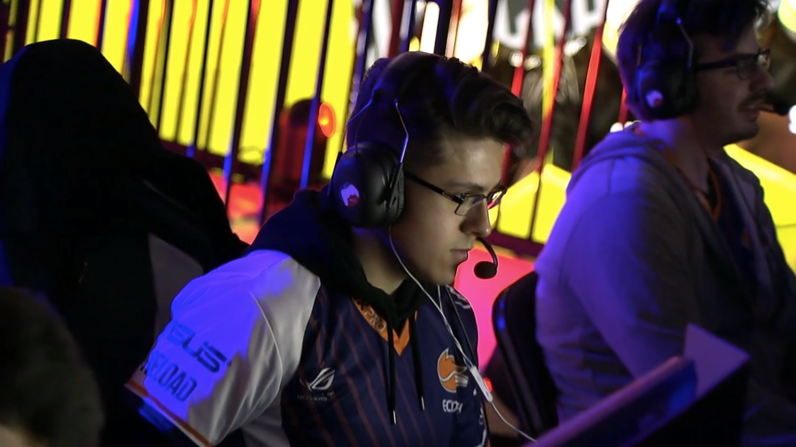 Screengrab via Call of Duty/Twitch

It’s no secret that Echo Fox has struggled to find success in Call of Duty since entering the scene in June 2016. But that all changed this weekend at the Call of Duty World League Dallas Open when Echo Fox took home a top six finish—by far the organization’s best placing at a Call of Duty LAN event.

When Echo Fox revealed its new lineup for WWII—Brice Faccento, Renato “Saints” Forza, Adam “Assault” Garcia, and Peirce “Gunless” Hillman—many fans instantly thought that this could be a championship-caliber roster. Last year alone, three of the four players on this team won LAN events—and two of them were tournament MVPs.

But at the start of the WWII season, this roster didn’t get the highest placings in the online NA CWL 2K tournaments—Saints noted on camera at CWL Dallas that some of the Echo Fox players were the victims of DDoS attacks during these online competitions.

Thus, Echo Fox’s lack of pro points meant that they’d have to battle through one of the largest open brackets in Call of Duty history at the first major LAN event for WWII. And that’s exactly what they did.

But even after Echo Fox swept Millenium to qualify for pool play, their journey was just getting started in Dallas. Echo Fox were placed in Group A alongside OpTic Gaming, Enigma6, UNILAD, and Team Envy. Despite being in a somewhat difficult pool, and thanks to their head-to-head win over Team Envy, Echo Fox clinched second place in their group with a 2-2 record.

Unfortunately for Echo Fox fans, their favorite team was pitted against the eventual tournament champions Team Kaliber in the first round of the championship winners bracket. Team Kaliber won the series 3-1, sending Echo Fox down to the losers bracket.

This is where Echo Fox started to heat up again, defeating Mindfreak and shockingly sweeping Luminosity, before Splyce—who came in second place—eliminated them from the tournament.

Echo Fox played a lot of matches at CWL Dallas, but their statistics don’t really do the best job at describing how well the team played as a cohesive unit. Assault did lead the way for Echo Fox with a 1.15 overall kill/death ratio—other than that, nobody’s individual statistics really jump off the page.

When looking at Echo Fox’s map records, they didn’t have one specific game mode that led them to victory—they went 5-7 in Hardpoint, 5-4 in Search and Destroy, and 4-4 in Capture the Flag (not including open bracket matches).

But Echo Fox’s performance at CWL Dallas goes beyond these stats. Aside from their loss against UNILAD right after their grueling open bracket run, Echo Fox only lost to the top three teams at the tournament—Team Kaliber, Splyce, and OpTic. And they beat a few notable teams, including Luminosity, which was Saints’ organization throughout Infinite Warfare.

Individually, each player on Echo Fox has great skill. Assault has been one of the strongest assault rifle players in recent titles. Faccento is a great in-game leader and Search and Destroy player. And Saints and Gunless are both talented slayers who kill everything in sight. Echo Fox put all of these pieces together, and it seems like it may have found a recipe for success.

Echo Fox worked well together, which was probably their biggest strength at CWL Dallas. And the scary thing is that this team hasn’t been playing together for very long. It seems like this talented lineup can continue to grow with time as they build chemistry.

This team has the raw slaying potential to hang with many top Call of Duty teams, and they proved that this weekend. Now, Call of Duty fans will get to see Echo Fox in action once again when they head to Montreal for the Northern Arena Showdown, which begins on Dec. 16.