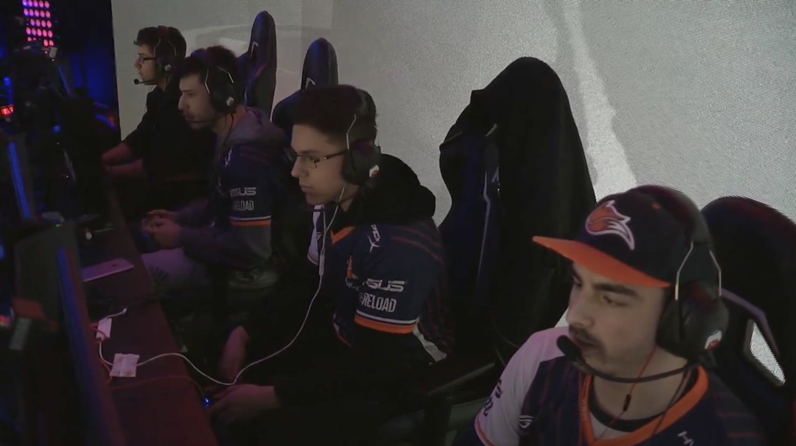 After an exhausting day of matches, the top four open bracket teams at the CWL Dallas Open have been decided and placed into pool play.

Echo Fox, FaZe Clan, Next Threat, and Team Allegiance have made it out of the grueling open bracket. All four teams went undefeated throughout the large bracket, clinching spots in pool play, where they join 16 of the best teams in the world.

At the 2017 Call of Duty World League Championship in August, Team Allegiance—Mehran "Mayhem" Anjomshoa, Tristan "Spoof" Green, Dakota "Nova" Williams, and Austin "Believe" Smith—played spoiler to several teams in their run to placing top 12. Today, they'll look to do it again as they swept Rockets Esports to be placed in Pool B alongside Luminosity Gaming, Ground Zero, Epsilon Esports, and Team Vitality.

Next Threat's pool play clinching moment came from Nagafen, who landed a grenade that stopped Team SiNister at 249 points in Hardpoint, allowing his team to flood the zone and defeat SiN by a single point.

And last but not least, FaZe Clan—Dillon "Attach" Price, Tommy "ZooMaa" Paparratto, Preston "Priest" Greiner, and James "Replays" Crowder—also made it through to pool play. They join what many call the "group of death," a pool that includes Splyce, Evil Geniuses, Ghost Gaming, and eUnited. When FaZe faces off against eUnited and Evil Geniuses, James "Clayster" Eubanks and Ian "Enable" Wyatt will get the chance to play against their old team.

The action is just heating up at CWL Dallas, and it will continue tonight as these four open bracket teams will complete their pool play matches.