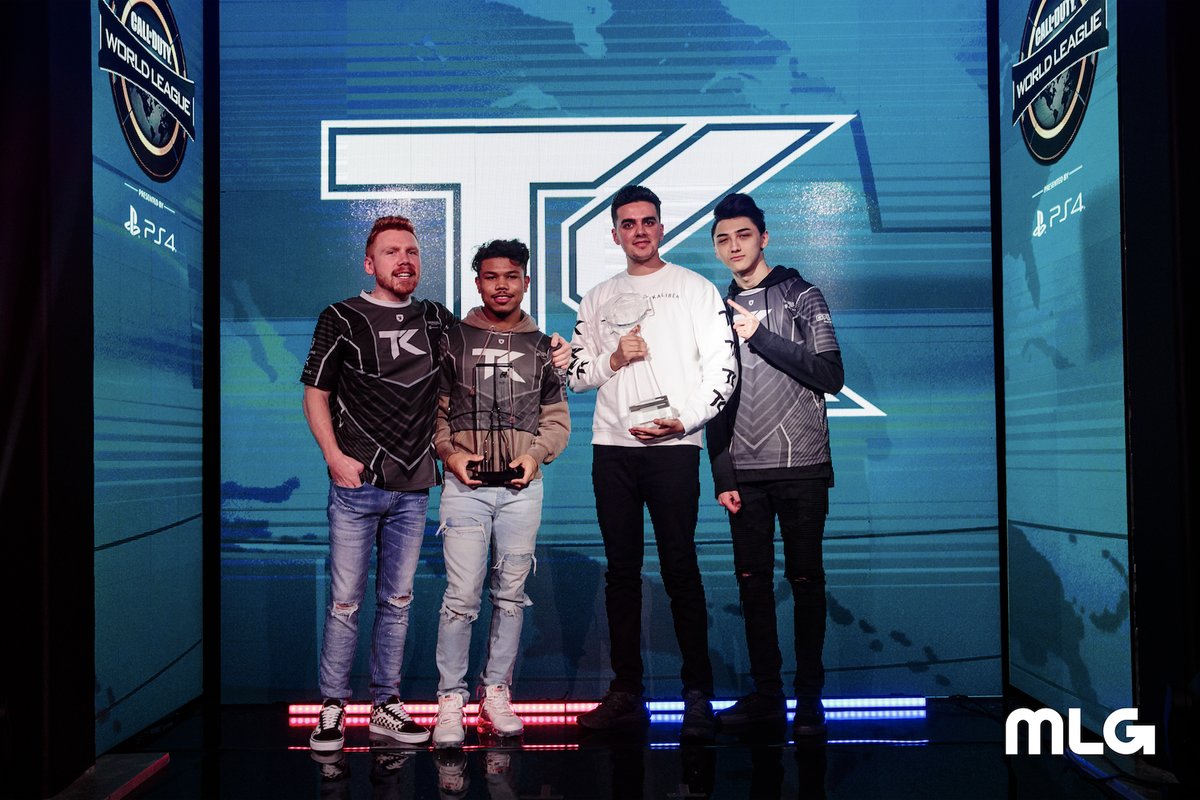 With a 3-1 grand finals victory against Rise Nation today, Team Kaliber have proven that they’re the best team in Stage Two of the CWL Pro League.

Despite losing the first grand finals series by the narrowest margins, Team Kaliber bounced back when they needed to and overcame the squad many regarded as the best in the entire world. This championship is the organization's third in WWII, but their first in over six months.

Rise started the grand finals with a commanding victory on London Docks Hardpoint, a map they won in a much closer game when these teams first met in winners bracket finals. Team Kaliber fired back, though, taking Ardennes Forest Search and Destroy 6-2 to even up the series.

Unlike their winners bracket finals match where they lost Ardennes Forest CTF 3-1, Rise were more than ready this time around. The CWL Anaheim champions shut out Team Kaliber with a 4-0 win, but faltered in the subsequent Hardpoint. Despite a game-high 43 kills from Peirce "Gunless" Hillman, Rise fell on Ardennes Forest HP to allow a fifth game.

Fortunately for Rise, their complete team effort was just enough to overcome Team Kaliber in an 11-round Valkyrie Search and Destroy game to reset the bracket and force another best-of-five series.

Team Kaliber started off the second series much better than the previous one, winning the opening Hardpoint by a convincing 119-point total. But a shockingly one-sided Valkyrie Search and Destroy by Rise put the series back to an even score.

In their previous meetings, the teams split Ardennes Forest CTF. But in the second grand finals series, Team Kaliber took the important third game to move to match point. The fourth game was London Docks Hardpoint, though, a map Team Kaliber had lost twice to Rise earlier in the day—but this time was different.

Despite Rise's strong slaying, Team Kaliber owned London Docks on this occasion. A 250-190 victory earned the organization another event title this season, but it was a first in Maurice "Fero" Henriquez's career and it's even been a while for Team Kaliber's newest player, Ian "Enable" Wyatt.

Although the former Halo star remained near the top of Call of Duty with FaZe Clan over the past several years, he hadn't won a major title since September 2015, when FaZe claimed victory in the third season of the MLG Pro League in Advanced Warfare.

The win not only is a major achievement in each player's career, but it also earns them a collective $200,000 and momentum less than three weeks away from the $1.5 million CWL Championship.